The term “progressive” comes with a caveat, as the word can refer to different things. For instance this could mean materially progressive – meaning allowing higher levels of technology, or, we could mean progressive in a religious sense. 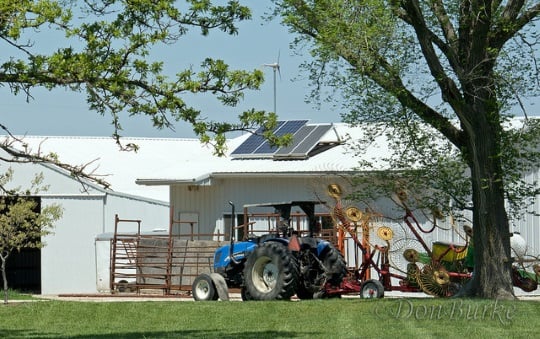 Also, a community might also be materially conservative but have progressive features in spiritual areas (for instance, Aylmer, Ontario, which is materially plain, but which also has Sunday School, unusual for most Amish). So putting churches into “progressive” and “traditional” categories is not always so clear-cut.

With that in mind, here are some individual features that can be considered signs of a more progressive Amish church community.


1. Cell Phones & Smartphones – The common standard among Amish (though not accepted by all) is to have a landline phone in a shanty, which may be shared by multiple families, or a phone housed in an outbuilding like a shop or barn.

Cellphones and especially smartphones are controversial among the Amish, but they can be found in numerous communities. Smartphones especially are seen as a threat due to their internet capability.

As a general rule, business people are going to be more likely to own cell/smartphones. The rationale is that they area necessary business tool, though not all Amish would agree on how essential they actually area. 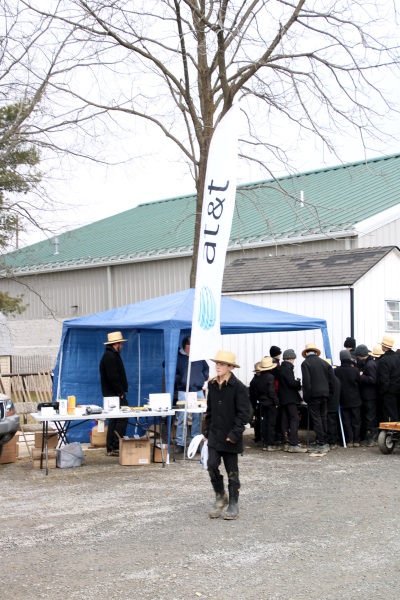 Amish owners of mobile phones may follow certain rules about their use, such as only having them on during certain hours and/or leaving them outside of the home.

2. BRIGHT Buggies – Buggies in more materially progressive communities tend to be significantly more illuminated. Some of these buggies are lit up like a fireworks display, with strobe lighting on top to go along with multiple flashers, animated turn signals, and extensive reflectors.

Some have lighting along the undercarriage as well. Of course some of these are youth buggies, which tend to be gaudier and may be decorated with additional reflectors and decals, but in some places bright buggies are just the standard. Northern Indiana is one settlement where this is common. Brighter buggies are an unsurprising response to the all-too-common problem of road accidents resulting in injury and deaths. 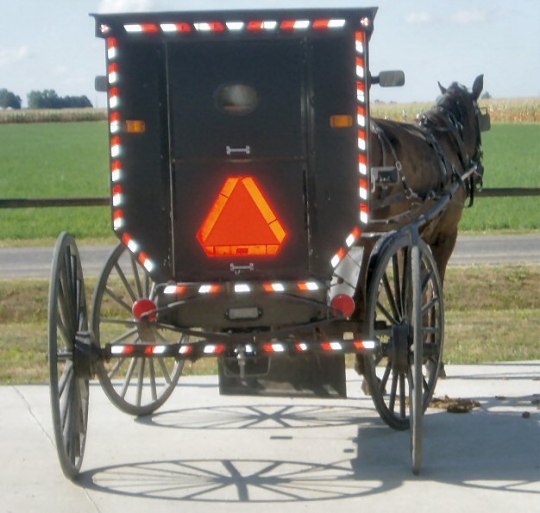 These buggies stand in sharp contrast to the plainest Amish buggies, which have but a few meager strips of silver reflective tape, no SMV marker, and a single lantern hung on one side.

3. Mission Work and Outreach – Amish stand in contrast to those evangelical Christian denominations with an aggressive orientation to outreach and converting new adherents. The vast majority of Amish expansion comes from natural growth, with large families and high retention into the faith.

Amish are generally not looking for converts and tend to be oriented toward their own communities first and foremost (though conversion to Amish Christianity does occasionally occur and seekers are accommodated to varying degrees).

However there are examples of both mission work and an evangelical-style outreach, and this is more pronounced in the “higher” Amish groups. The Amish experienced a controversial mission movement in the mid-20th century, echoes of which are seen today most prominently in the New Order churches.

As noted in An Amish Paradox, the New Orders are “clearly the heirs” of this movement, and “Many New Order individuals exhibit a missionary zeal that is sometimes difficult to distinguish from that of the Beachy Amish” (p. 60). 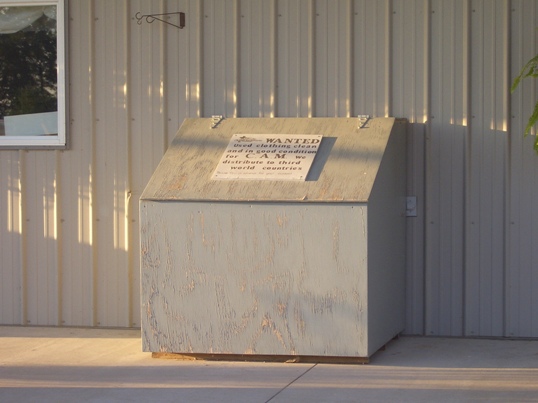 This manifests itself in various ways among New Orders, including support of international relief missions and ministries, and openness to potential converts.

Another example of outreach supported by both New Orders and mainstream Old Orders is the two-decades-old project to help improve educational standards among Old Colony Mennonites in Mexico.

In the case of the diverse Holmes County, Ohio community, this involvement is shown to decrease the further one moves toward the conservative end: “Moving down the Anabaptist escalator, the stance of the Andy Weaver affiliation and the various Swartzentruber branches toward mission work is much more cautious, if not negative” (p. 63).

While individual donations by members of these groups may happen, “taking on an administrative or even a volunteer role for mission activities is less common for the Andy Weavers and almost unheard of for the Swartzentrubers” (p. 63).

If you’re an Amish person, just about the only time you’ll find yourself in an airborne vehicle is when you really don’t want to be. This might mean a LifeFlight to the nearest major medical center, probably because you’ve had a farm accident or other medical emergency. 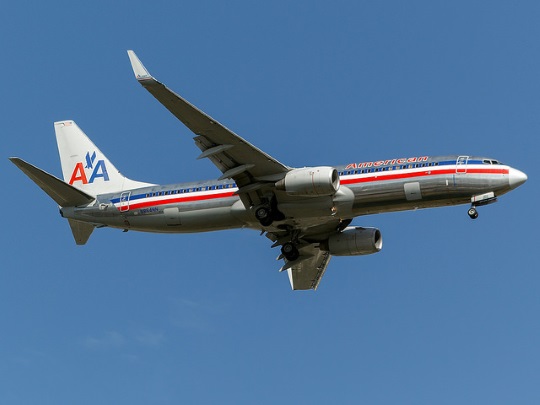 Most Amish churches permit air travel only in special circumstances. Photo by golfking1/flickr

But New Order Amish generally do permit air travel, and fly for different reasons which can include business or mission trips. For example, members of one New Order church had journeyed to places as far afield as Indonesia and Africa.

5. Liberal Use of Tractors – Most Amish who use tractors kneecap their functionality by prohibiting them from being used in the fields. The tractor is typically parked and used for its engine to power various machinery, such as feed grinders, manure pumps, and to blow silage to the tops of silos.

This preserves the importance of horses to Amish farming and discourages the use of these car-like vehicles on the roads. Getting too comfortable with driving a tractor around can eventually slowly lead to them becoming de facto road transport. 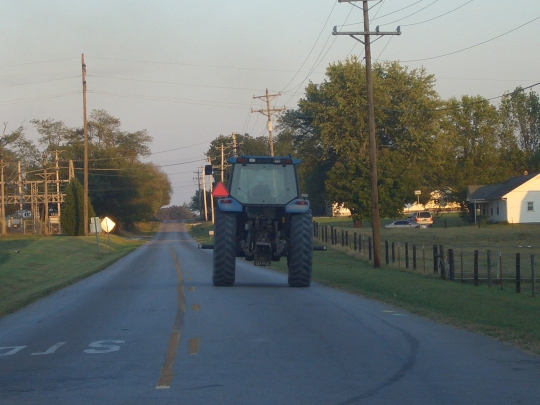 An Amish-driven tractor in the Guthrie, KY settlement

But there are some communities who do make liberal use of tractors in these ways. They include Chouteau, Oklahoma; Guthrie, Kentucky; Kalona, Iowa; and Garnett, Kansas.

In some places you’ll see the steel-wheeled tractors which are permitted to be used in the fields but which are unwieldy as far as a road vehicle. In others the tractors are of the air tire variety which make them considerably more asphalt-friendly. In some of these places, buggies are relegated to primarily Sunday use.

These are some of the progressive markers you will see in certain communities.

Other things we could include are use of public electricity in homes, presence of Sunday School, solar panels, a more progressive educational curriculum, close-cropped hair and beards, dresses in bright shades of yellow and red (vs. darker hues like purples and browns), and abstinence from tobacco and alcohol.

Just because a community has a given feature, doesn’t mean it’s automatically a “progressive” settlement, but generally the more of these you see, the more likely that the term would make sense for that group.

If you missed it the first time around, here’s the 5 features of the plainest Amish communities post.