Lately I’ve been sharing about the seven communities visited on my recent East Coast Amish trip.  We’ll have detailed posts upcoming on a few more of them.

In the meantime I thought I’d share a bit more on one of the most obvious visual markers of Amish–the buggy.  As you probably know, buggy styles can vary across the hundreds of Amish settlements in North America.

Below are the five main styles I encountered on my recent trip.

Four of them are not commonly seen, driven by only a minority of Amish in certain communities.

The fifth, the Lancaster grey style, is seen not only in Lancaster County, but in its many daughter settlements around the country. 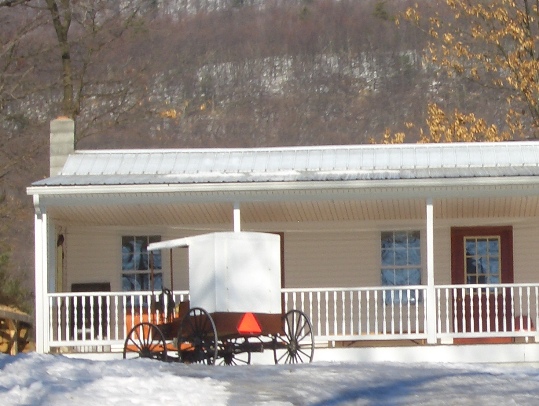 Nebraska Amish live in just a few places–including Mifflin County’s Big Valley (the nickname for Kishacoquillas Valley–now you now why there’s a nickname)–and in a small community in northeastern Ohio.

Unlike most Amish buggies, the Nebraska buggy has no protective front. No “windshield”, just open air. Brrr. It helps to have a heavy blanket on board. 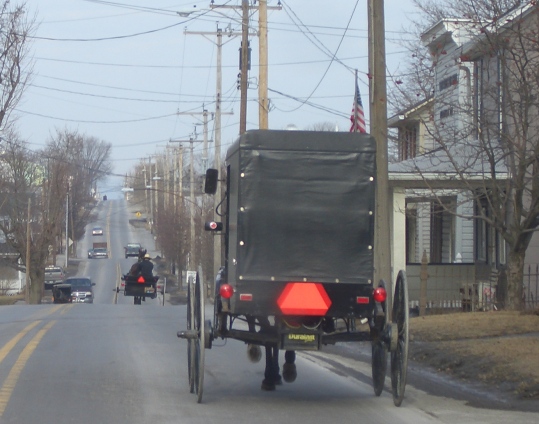 You may have seen black buggies in other communities, such as in Midwestern locations like Ohio or Indiana. Typically those buggies have tapered sides, distinguishing them from the Renno buggies. 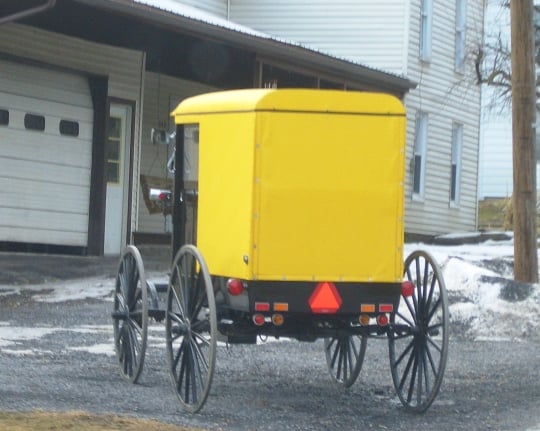 The unmissable Byler Amish buggy is basically one giant SMV sign on wheels.  I think you could be legally blind and still have no problem spotting the Byler banana top.

What’s funny is the actual SMV triangle these buggies carry is often smaller than the standard size, as you can see in the photo above.  Maybe this is in fact due to the gaudy attention-getting top.  With that much yellow, the SMV sign almost seems besides the point. 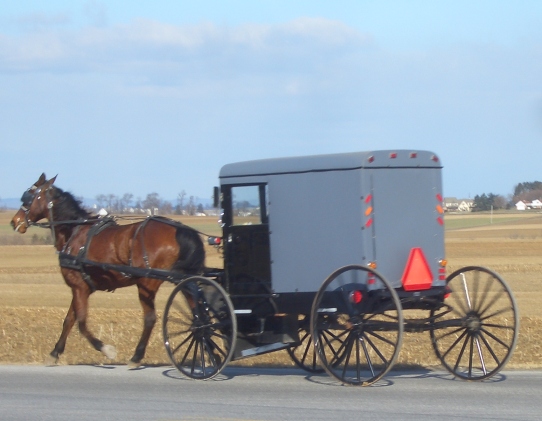 The classic Lancaster grey-top buggy.  Amish in two other communities I visited on this trip–Cecil County, Maryland, and Charlotte County, Virginia–would also drive this style. 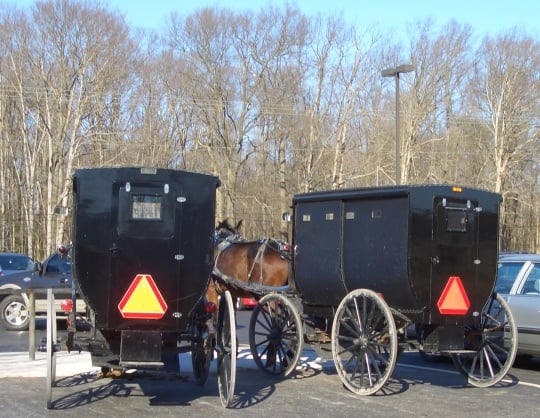 Finally, the Dover, Delaware Amish buggy.  Notice the difference between this and the black Renno buggy above.  The Dover buggy is bulkier, with curved-in sides.

Amish in the Dover daughter settlement at Halifax County, Virgnia would also drive this style. Dover-affiliated Amish are found in 16 locations across America.