We had a look at icehouses last week, which you’ll find in plainer Amish settlements. What are some other things you’d expect to find in the most traditional Amish communities?

5 Features of the Most Traditional Amish Settlements

1. Outhouses   – So we start with another type of “house”. Homes in the plainest Amish communities don’t have indoor plumbing.

This means outhouses, and for that matter, less frequent bathing (as a two-shower-a-day person, I would suffer greatly in this setup).

What some of us see as a quaint relic of yesteryear is an everyday toilet reality in these traditional church-communities. 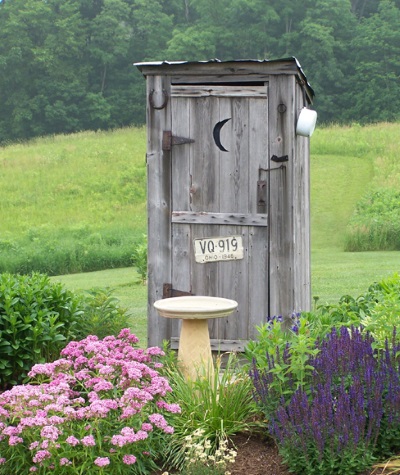 Not so charming when this is your main bathroom option (pictured: not an Amish outhouse). Photo from anamericanhomstead.com

As traditional waste disposal methods clash with modern ideas on sewage creating public health concerns, Amish outhouses have become flashpoints for controversy in recent years, for example in communities in Kansas and Ohio.

Outhouses can also be found in more progressive Amish places, where they are common at all types of Plain schools.

More mainstream Amish may also have an outhouse, for example for hired workers’ usage, as does a produce farming friend of mine in Lancaster County.

Otherwise, bathrooms in mainstream and progressive Amish homes resemble those in non-Amish homes, with linoleum flooring, tubs and showers, and typical bathroom decor.

2. Archaic textbooks – Though the 8th-grade cap on formal schooling is shared in common across Amish communities, this doesn’t mean Amish schools are all the same.

The approach to education varies based on the community and how the parents want to prepare their children for the future, taking expected occupation into account.


Karen Johnson-Weiner describes this in detail in Train Up a Child: Old Order Amish & Mennonite Schools.

This has influenced the curriculum: “For the most part, the Swartzentruber Amish have simply continued the same educational practices they followed when their one-room schoolhouses were public, using the same texts their parents and grandparents found useful” (p. 34).

The texts Amish in these schools use are McGuffey’s Eclectic Primers and Readers, originally dating to 1836, and widely used through the 19th and early to mid-20th centuries.

Johnson-Weiner notes that the archaic schoolbooks contain vocabulary which is “of little use” to them in their own interactions or in business with non-Amish, offering example terms such as “telegraph”, “trolley”, “chiffonier”, and “jitney”. 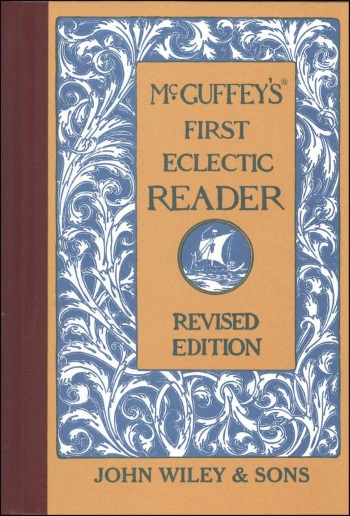 Arithmetic texts have similarly outdated content including a reference to an “electric calculating machine.” Using these texts, Johnson-Weiner observes that they “[learn] an English no longer spoken by their non-Amish neighbors” (p. 59).

Not everyone uses McGuffey’s, but those who stick with them have reasons rooted in tradition and resistance to change. The plainest Amish have less expectation that their children will have occupations off the farm. Using outdated texts can help socialize them into a traditional Amish world.

In contrast, schools in progressive communities “[offer] a curriculum that prepares children to compete economically with their non-Old Order counterparts on a playing field that may be only marginally, if at all, in the Old Order world” (p. 131).

The example communities here are those where Amish employment in RV factories is common (northern Indiana; Centreville, MI).

3. Longer hair on men – You may have noticed that plainer Amish men tend to have longer locks. This is characteristic in plain communities (to go along with wider hat brims).

The hair will often be cropped close up front but grow down long over the sides, completely covering the ears.

I don’t want to post the photos here, but you can see examples of this online. You can also see what I mean in this profile shot of a Swartzentruber man in upstate NY: 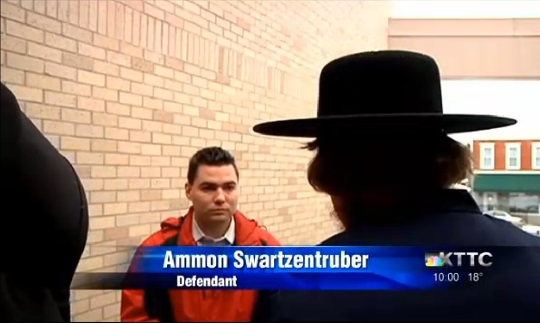 While longer hair on men has in English society been linked to progressive counter-cultural communities (think the hippie movement or early-90s grunge culture), in Amish society longer hair (and beards) tends to be a marker of plainness.

The presence of smoking is another one of these counterintuitive markers – it’s traditionally more common in the more conservative groups.

Some of the more progressive Amish, such as those in New Order churches, are on the other end of things – sporting haircuts with rather close-cut sides, and neatly-trimmed beards.

4. Simpler, plainer businesses – What types of businesses are common in plainer communities?

As technology is more limited, and there are more barriers to reaching non-Amish buyers, that means plainer Amish tend to produce simpler products.

Technology used for furniture-making is simpler, as you can see in this Amish furniture shop with underfloor drive shaft in Ashland County, Ohio. 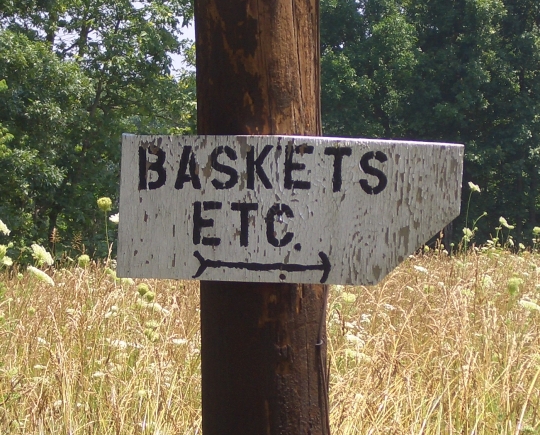 5. Unconventional health practices – Health and medical practices among the Amish as a whole can be described as a mixed bag of conventional (hospital care, chiropractor visits) and traditional practices (midwife-aided births; natural remedies).

But certain of the most traditional or unorthodox practices – including those termed folk medicine, brauche, sympathy curing, or “powwowing” – are seen particularly in the plainest communities.

The authors of An Amish Paradox describe powwowing as such:

Patients may be suffering from physical or spiritual illnesses; powwowing has been used to remove curses and hexes as well. Some consider the basic ability of the braucher to be innate, a gift of God, but the secret techniques of the practitioner are in most cases learned from a person of the opposite sex…Powwowing, though controversial for some Amish, shows no signs of completely disappearing because of the increasing cost of mainstream medicine, the rise in acceptance of alternative medicine, and the continued belief by some in the reality of curses and hexes (p. 237).

The healing is achieved using charms or sacred words, or “other mysterious rituals.” 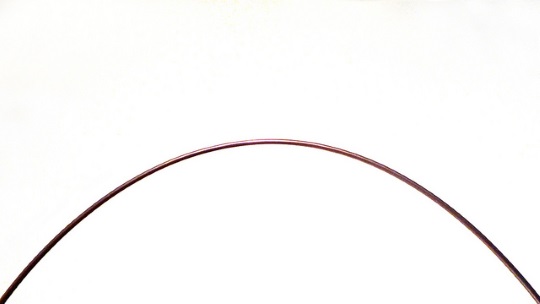 Another example where physical objects come into play: the metal copper figures in some practices, such as the practice of wearing copper, as in the form of a bracelet, in order to diminish the pain of arthritis. Copper wire can also be used in the practice of “drawing pain” away from the sufferer and into the ground (New York Amish: Life in the Plain Communities of the Empire State; p. 70).

Such practices are seen “most likely among very conservative groups,” with higher Amish such as New Order groups viewing them as “myths or ‘old wives’ fables'” (Paradox; p. 238).

On the other end of the spectrum, Amish – particularly those in larger mainstream communities like Lancaster County – have readily participated in medical research leading to important discoveries. These include studies revealing insights on secondhand smoke, asthma and the recent discovery of an “anti-aging” gene mutation in a community in Indiana.

Different ways of being Amish

These five selected signs mark a plainer approach to being Amish. Some of these things are physical signs which reflect group identity – how Amish mark themselves as different not only from English, but from other Amish as well.

Some practices are rooted in a belief in and resistance to discarding traditional ways which have served previous generations well (displaying admirable commitment to principle, or bull-headed stubbornness, depending on who you ask).

We could add many more markers to this list, such as lanterns on buggies, sparse yards and gardens, long church services, and so on.

Since plainer communities tend to resist change more staunchly, over time differences between Amish groups have emerged and been exacerbated. We’ll look at some features of the more progressive Amish settlements in an upcoming post.