The Amish of Kalona, Iowa (32 Photos)

The Amish community at Kalona, Iowa is the ninth-oldest, having been founded in 1846 by Amish from Ohio, Pennsylvania, and Maryland.  By what we see in the first photo below, that would predate the founding of the town itself by over 30 years.

This community permits a relatively high level of technology in the Amish world, including tractors used for field work.  There is a New Order Amish church at Kalona among the community’s 10 church districts.

Photographer Don Burke has taken a number of beautiful photos of the Kalona community, which he shares below along with a few comments.  You can view more of Don’s photos at his Flickr page. 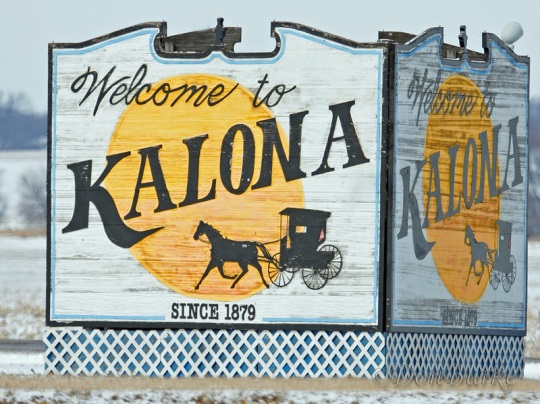 Kalona lies in Washington County in southeast Iowa, and apparently was named after someone’s bull.  The Burlington, Cedar Rapids and Northern Railway established the town in 1879.  Around 2,400 people live in Kalona. 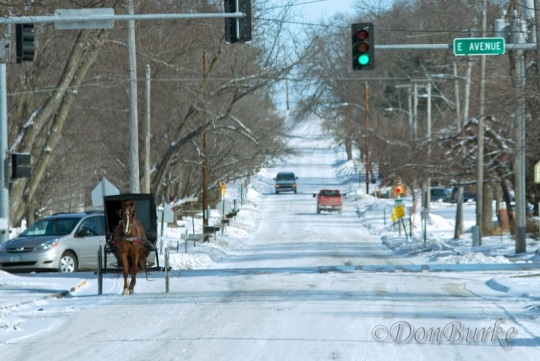 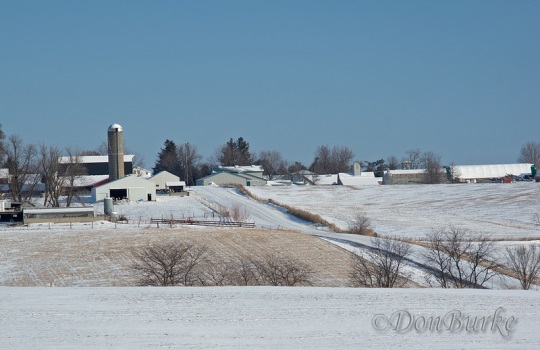 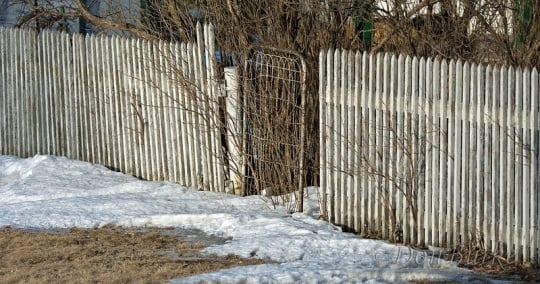 Amish farm buildings and homes rise from the hilly landscape outside Kalona. By rough estimate, there are probably between 1,200 and 1,500 Amish here. 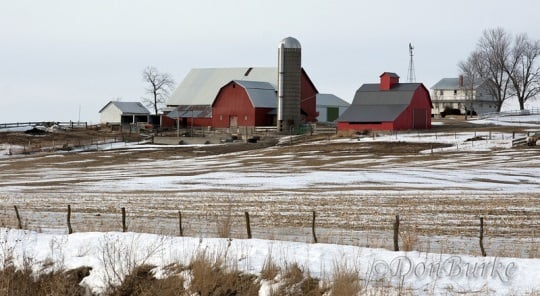 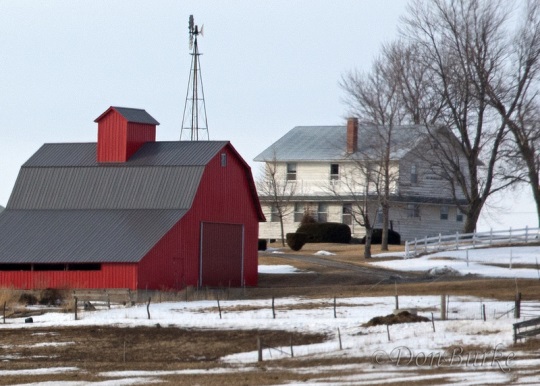 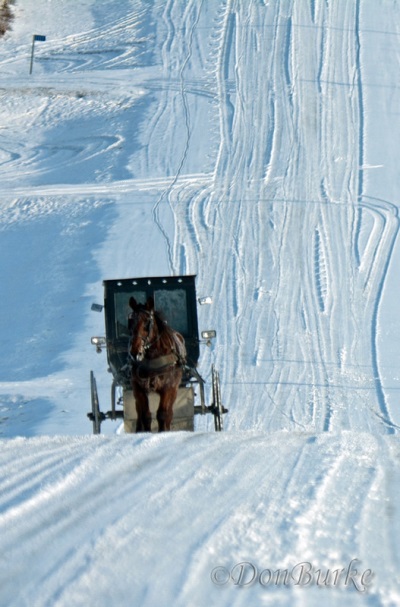 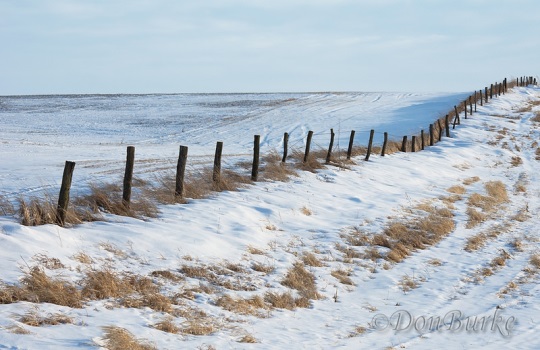 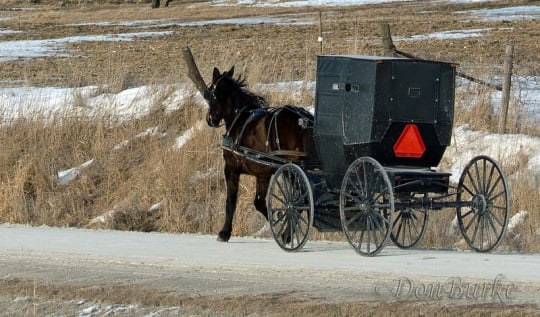 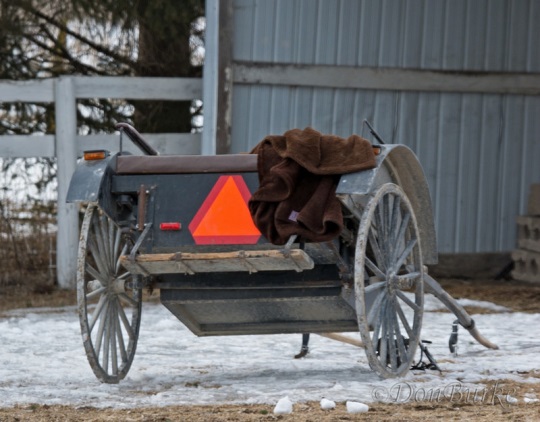 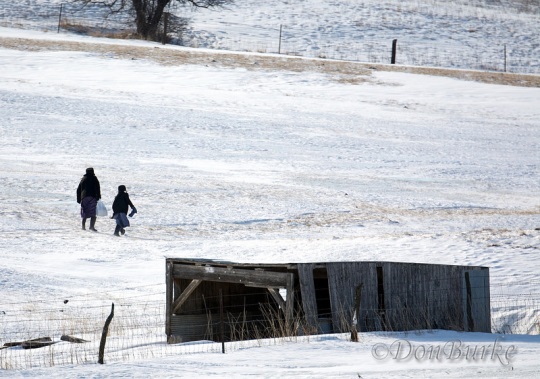 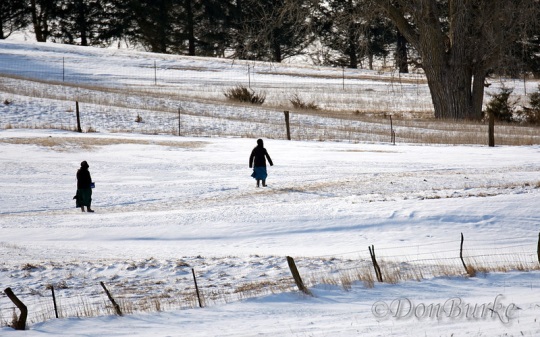 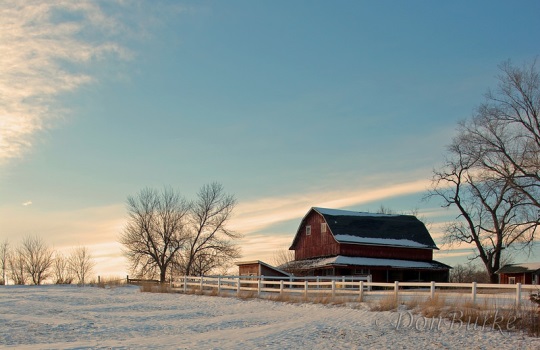 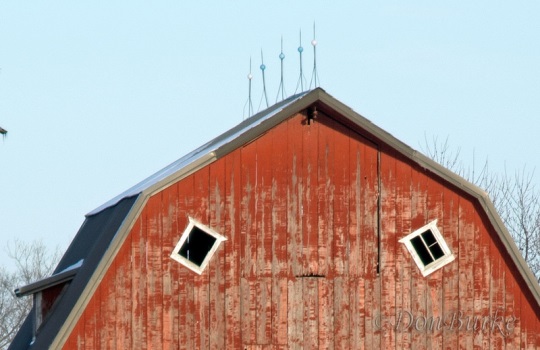 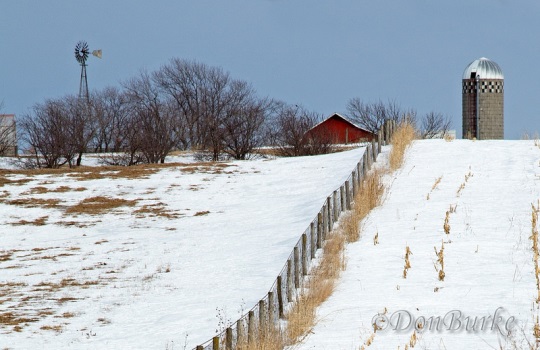 You can see a clear box-like shield on some of the vehicles in the following photos. Don says that “it is a weather guard, and according to one Amish lady they are a great help against the bitter weather.” 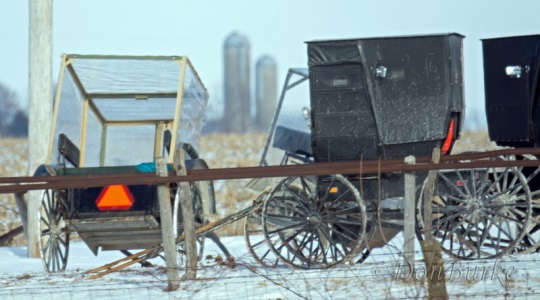 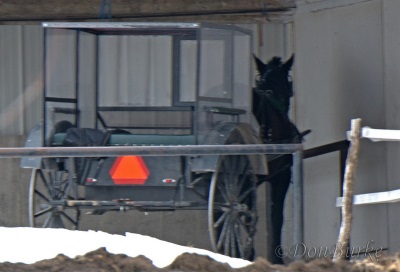 For another example, this next photo was taken by Don not in Kalona but in the Jamesport, Missouri Amish community, showing what appears to be a similar guard. 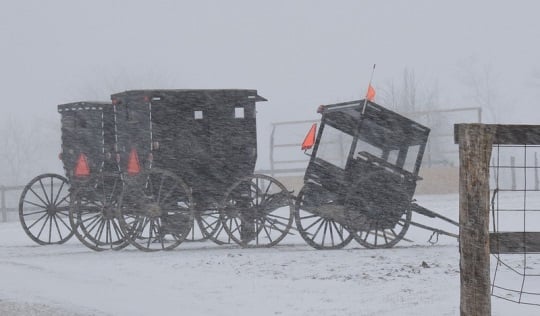 This structure, Don observes, is the “Amish Sunday School building, where Amish teens are given lessons in doctrine during the summer and taught German in the winter.”  Sunday School is uncommon among Amish. 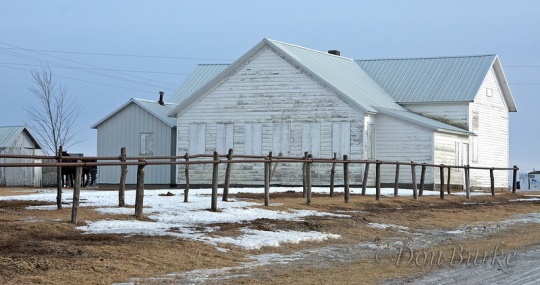 Update- Don passes on the following details on Sunday School, from a Kalona-area tour guide with outside input:

Both [buildings] are Sunday School Houses, they will have Sunday school Easter through Thanksgiving twice a month in these buildings, when you took your shot they would have been having German School.

So the elders would be the teachers, they teach both boys and girls once they are out of the 8th grade, usually 15 & 16 year olds, and they teach them more about the language and then about the Old Testament. This usually lasts 6 weeks, Mon-Sat from 9-4 everyday. 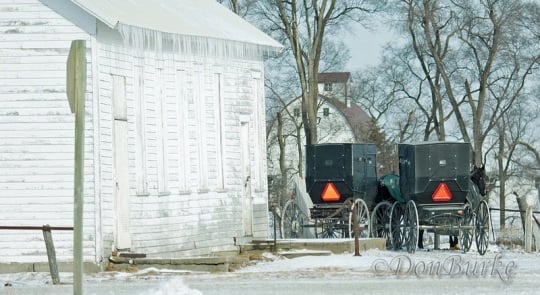 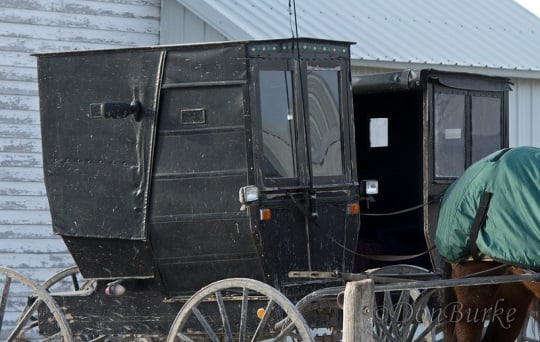 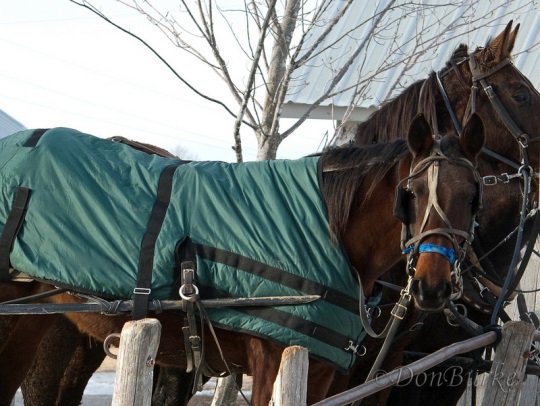 “Amish snowman and woman, dressed in Amish clothes in front of an Amish house.” 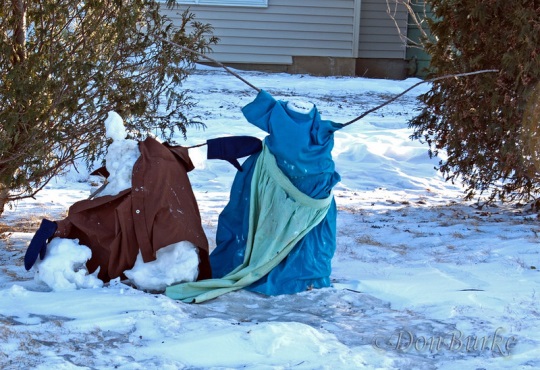 I hope you enjoyed this visit to the Kalona Amish community, and thanks again to Don.