Could Amish be headed to your neighborhood? 8 factors to consider

The Amish population doubles every 2 decades (give or take).  But this doesn’t mean that existing communities just double in size. 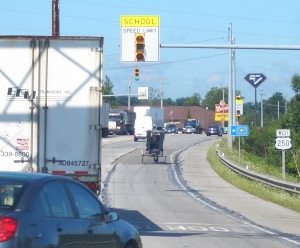 As they grow, Amish move.  Big communities lose members to daughter settlements.  Smaller settlements shed residents too, as Amish form new churches with differences in Ordnung or find themselves drawn to new vistas.

This has meant Amish creating communities in places they’ve never lived before.  States like Kentucky, Wisconsin, and New York have seen their Amish populations rocket.

The Amish growth rate doesn’t seem to be slowing.  Coming years will only see more migration.  So if Amish don’t live in your area right now, there’s a chance they just might one day.

Where are the Tar Heel Amish?

That said, my hometown of Raleigh, NC–or rather, the general vicinity–probably won’t be seeing a lot of Amish moving trucks rolling in.

For one, it’s a pretty high-growth area, with the Research Triangle Park generating jobs, and the mild climate attracting northerners for some years now.  Land prices won’t encourage Amish farmers to the area–though I’m sure Amish businesses within 30-60 min of the Triangle would go gangbusters. 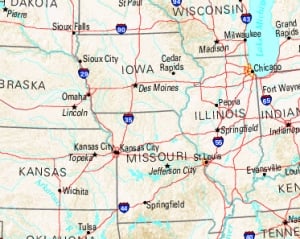 New Amish settlements have arisen across the map

So to reach an Amish community from my stomping ground, you have to go about 2.5 hours west (to NC’s only Amish, at Union Grove).  Or, head 2 hours north (to the Halifax County, VA Amish settlement) .

For awhile there were Amish even closer (1.5 hrs away) near Yanceyville, NC near the VA border.  But for some reason(s), Amish have made only a few attempts to settle NC.

Other states have drawn Amish though, including some recent new ones (see the Amish Studies state population list).

Between 1991 and 2010, the number of Amish states went from 22 to 28, with new communities in such diverse geographic areas as New England (Maine), the Deep South (Mississippi), and the West (Colorado).

How do Amish decide where to move?  Some factors include:

So, has your area seen any Amish settlement in recent years?  How’s it going?

And if not, how do you think Amish would do in your neck of the woods?