Do the Amish drink? 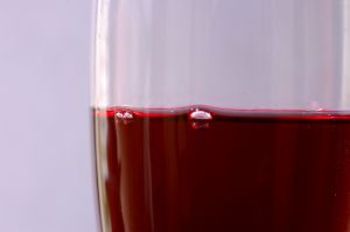 Indiana has granted a permit for wine sales to a local hotel in Shipshewana (or just plain Ship-she), the tourist center of the northern Indiana Amish settlement.  Shipshe is a historically dry town.  Seems some residents are pretty upset.

Some cite Amish traditions as a reason for keeping the town booze-free.

We might think that drinking is not a part of the culture, but Amish and alcohol can and do mix.  Most famously, it’s Rumspringa-age youth, but in the decentralized Amish system, there is no across-the-board Mormon-like principle against consumption.

So it would probably depend more on the community and custom, and of course individual preference.

New Order Amish are completely against it.  Alcohol, like tobacco and bed courtship, was one of the sticking points that caused them to split off in the 60’s.  In the Old Order world it’s not so clear-cut.

I once sat with an Amishman in central Indiana as he told me, with something akin to horror, of a settlement in another state where hard liquor was customary on greeting a visitor.  Sounds more like Polish custom now that I think about it.

I’ve noticed the odd bottle of hard stuff on Amish shelves a couple times;  I’ve bumped into a dad or two having a Saturday night brew.  Amish may have a celebratory drink at weddings.  Homemade spirits like wine or cider were perhaps more common in the past.

One writer in Hostetler’s Amish Roots describes her father’s long battle with alcoholism, and his eventual triumph over it, thanks in part to Alcoholics Anonymous.

But on the public stage, if not the private, the Amish really aren’t that big on drinking.  As Donald Kraybill puts it in The Riddle of Amish Culture:  ‘Alcohol abuse, present among some youth, is practically nil among adults’.

Concerning the youth, some parents look the other way.  But others put time and effort trying to crack down on it.

This  eye-opener of an article describes collaboration between the Amish and local law enforcement.  One case ends in a couple of nights in jail for a pair of cocky underage drinkers.

When asked why he chose such a harsh approach, the judge involved replies that ‘their elders want me to treat them like that’.

So Shipshewana may no longer be dry, but it’s not likely to change much.

You’ll still be a lot more likely to catch an Amish fella with a cold can of Dew, a piping-hot cup of coffee, or a tin of straight-from-the-udder raw milk, than a cool Bud.

Tags: Diversity among the Amish, Rumspringa