What do racing horses have to do with Plain buggies? And why do some feel safer in a buggy than a car? 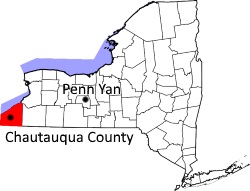 The result is a pair of articles in the New York Times. In “Quaint Buggies, With a Deadly Side“, Kilgannon explores the issue, explaining the challenges and nuance (e.g. not all Amish are the same in how they approach road safety). The second is more of a personal account of the author’s experience writing the story.

I was glad to see that the topic of buggy safety has gotten attention. Common sense suggests more awareness is a good thing. And New York is a good place to report on this issue, having one of the fastest-growing Plain populations.

On the other hand, to play devil’s advocate for a moment, national attention could also inspire more state-driven solutions which fail to incorporate Amish practices and beliefs (and sometimes common sense), as we recently saw attempted in Wisconsin. Still, on balance, I believe the more drivers are aware of the issue, the better.


Kilgannon spoke with both Amish and Mennonites in Penn Yan (Yates County) and Chautauqua County, including Ivan Martin, a 63-year-old Old Order Mennonite man,  as well as experts from law enforcement and academia.

6 Things That May Surprise You About Buggy Safety

Several interesting points emerged in Kilgannon’s look into buggy safety.  Some of these you may know already, and some maybe not:

1. Buggy drivers prefer retired race horses – What makes them better for pulling buggies? For one, they are fast, and secondly, they are used to distractions, making them difficult to spook. 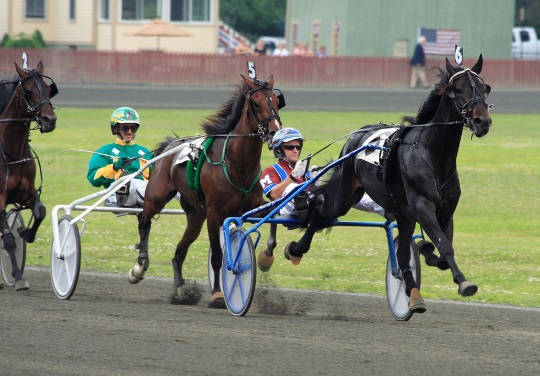 So buggy owners seek harness racing horses at auction. The minus is that if they do happen to startle, they take off like a rocket.

They also commonly refuse medical attention (I assume the lack of medical insurance plays a role in this aspect as well – Amish typically negotiate terms directly with medical providers).

3. Plain communities produce buggy safety manuals – Though they may balk at some state-driven attempts to regulate them, Amish have taken steps to improve and formalize their approach to safety. 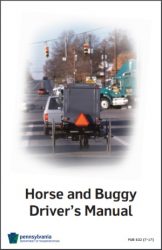 Plain communities have created formal safety guides outlining what buggy drivers can do to ensure road safety, both for themselves and for car drivers.

New York has produced a manual based on an earlier effort in Pennsylvania. You can view the PA manual here.

4. Police give safety presentations in schools – Amish involve themselves with law enforcement to varying degrees. 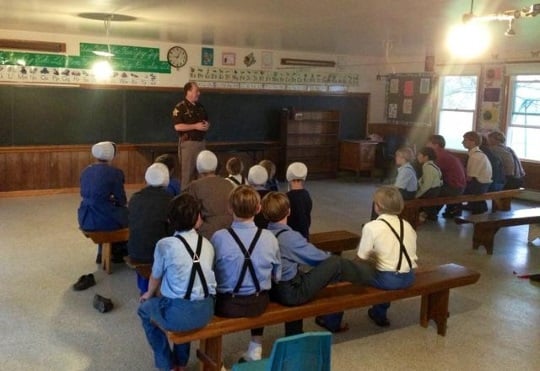 One area where cooperation has been good is in the area of community welfare and safety (as seen in examples of drug awareness talks or bicycle safety).

In this instance, the Yates County sheriff’s office has given talks in Mennonite schoolhouses on both buggy and bike safety.

5. God plays a role – Many Plain people see God having a role in buggy accidents, a view that Sergeant Kennett views as an “almost fatalistic outlook”. Kennett says he has heard Amish say that “that person must have been very special to be called to God at such a young age.” 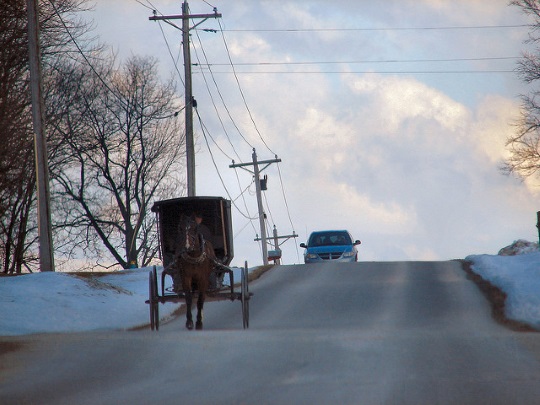 It seems that the more traditional the group, the more this outlook becomes a guiding force on the safety decisions of a community (see examples such as some communities’ refusal to use SMV triangles, or home smoke detectors). 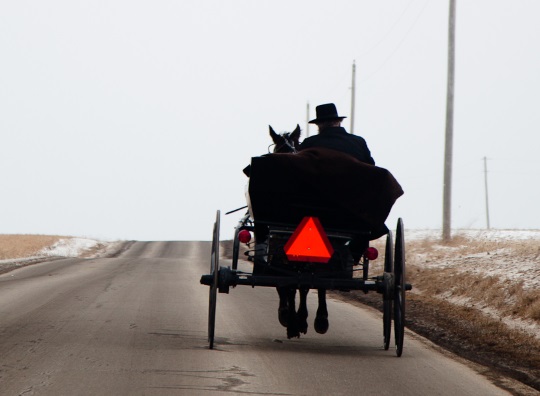 While conceding that buggies offer little protection, he says that “we can get thrown clear into a field and be injured less than being trapped in a car,” and that “the flimsiness of the buggy actually helps you. So I still feel safer in a buggy than a car.” I wonder how many share his view.

Ethridge, Tennessee
1500 Amish in the Heart of the South
Favorites: