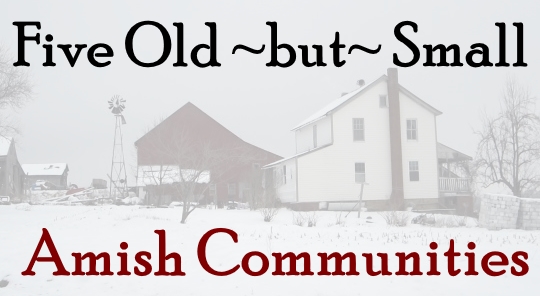 One thing that has always fascinated me are the Amish communities which have a long history – but for one reason or another, today are surprisingly small in size.

With the high Amish birth rate, and today most Amish choosing to remain Amish, you would expect most communities to continue growing larger with the benefit of time.

We see this in many examples today, as the general Amish population continues trending rapidly upward.

But not all Amish communities follow that pathway. Some face early obstacles and disappear shortly after being founded.

Other places become established, yet dwindle over time and eventually cease to exist.

And a third group are those which last a very long time – but today remain at a small size, for whatever reason(s).

Today we take a brief look at five such Amish settlements.

Each of the following communities is at least 100 years old  (and one well over twice that) – but today are a lot smaller than you might expect them to be. 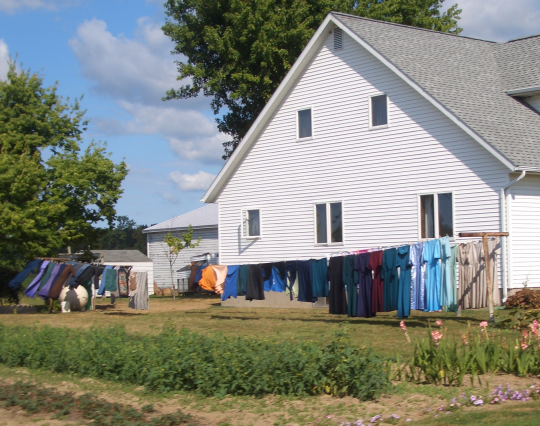 I visited Hicksville in 2011.  It’s a nice little community a stone’s throw from the Indiana border. I rated this one of the five friendliest Amish communities (a post I may need to revisit one of these days).

The Hicksville area had at least two “higher” Anabaptist churches present in the community’s first decades, which may have been responsible for siphoning off some Old Order membership here. 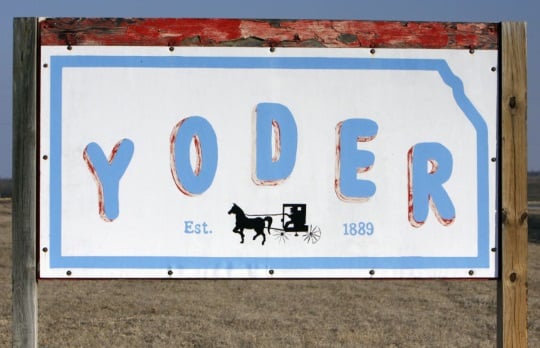 Going by its name, you’d almost be surprised not to find Amish in the vicinity of Yoder. The settlement of Amish around this small Kansas village actually predates Yoder’s founding by a half-dozen years. In fact, Yoder was named for the Amish founder of the community’s first post office.

I could have chosen two other Kansas communities here – Hutchinson (also founded 1883, 3 districts) and Garnett (1903; 2 districts). Kansas actually has the most “old-but-small” communities by my qualifications.

The Sunflower State, like other prairie states such as Oklahoma, has the issue of heat discouraging traditional Amish farming with horses. These communities often permit tractor farming.

This progressive exception placing them outside the “norm” of most Amish (who mainly do not use tractors in the fields) may be one factor restricting growth here. 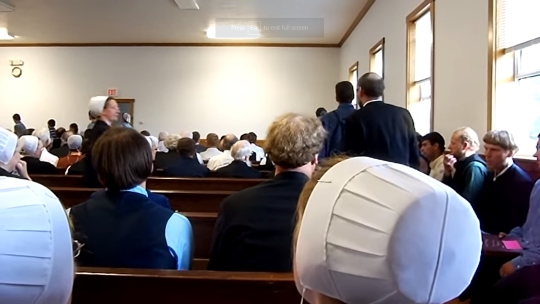 We recently saw this community in the post on the passing of Elizabeth Petersheim. This unusual settlement has one of the longer histories of all Amish settlements, lying just outside the top 10 oldest communities list.

Oakland, aka the Gortner Amish church is just one district in size. But this is reportedly a large district – called in one 2013 report “the largest Amish congregation in the United States” at 71 households in size (equating to approximately two normal-sized Amish congregations).

Having a meetinghouse can allow for larger congregations, as with a dedicated building you are not as restricted by the typical sizes of basements and outbuildings, which is normally where Amish services are held.

The Gortner Amish are described as unique in “welcom[ing] Old Order minded and New Order minded members within one church body.”

This unusual approach suggests one factor why they have not become as large as one might expect over their 170-year-history. 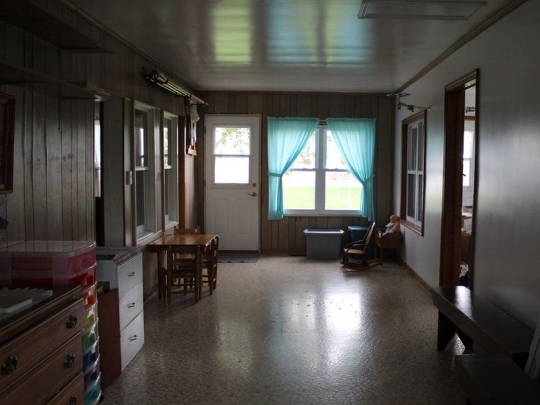 This overlooked Indiana community lies around an hour or so drive south of the Nappanee settlement. I made a brief visit here some years ago but it wasn’t much more than a drive-through.

Why is Kokomo just 2 districts today, while the Nappanee community, founded in the same decade, has well over 40?

Kokomo has had a long history of Amish moving out – either to other Amish communities, or away from the Old Order Amish completely to more progressive Anabaptist churches. 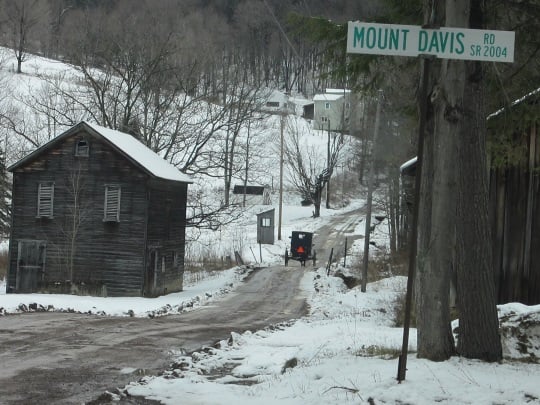 I find this one of the most interesting of all Amish communities. I paid the place a visit in 2015 which resulted in one of my favorite community report posts.

Like Oakland, MD, this settlement also stands out for its use of meetinghouses. It is the second-oldest of all Amish communities, and one of only three surviving settlements founded in the 1700s.

By comparison, the Lancaster County community was founded around 12 years earlier – but today is roughly 35 times larger.

It’s possible that number might be a little inflated if these meetinghouse churches in Somerset County are larger than average. But still the difference between the oldest and second-oldest Amish community’s population is stark.

At least one reason for Somerset County’s smaller-than-expected size is people migrating out, many of whom went on to found much larger communities such as Holmes County, Ohio, and Arthur, Illinois. This area was also the site of the formation of the Beachy Amish church in 1927.

This rich past as the origin community for multiple significant Anabaptist communities makes Somerset County one of the historically most important of all Amish settlements.

So why do some communities fail to grow?

A community may fail to grow large – or fail completely – for different reasons, some mentioned above.

Some have difficulty retaining members, perhaps due to the presence of attractive alternative churches or progressive religious movements. Some are drawn away to other faster-growing, up-and-coming Amish settlements.

Settlers might find economic conditions poor for supporting a growing family. It can be harder to make a living in smaller, more isolated places, or in climes not favorable for farming.

A community may also lack solid religious leadership. Or it may be some combination of these, or even other factors.

An Amish settlement may remain at a small size for an extended time, hanging on for years or decades. Or, we may happen to encounter it as a dwindling, dying community, which will have vanished to history a decade hence.

Will that be the case with any of the above – or other similar old-but-small communities? Only time will tell.