A new Amish settlement is started, on average, every few weeks.  Today there are over 580 Amish communities in North America, the majority founded over the past 20-some years.

Amish migration has gotten much attention recently.  New settlements appearing in places like Colorado, Maine, and New York attest to a pioneer spirit which has not waned since Amish first settled the Americas in the 1700s.

What about the Amish settlements that have been around for awhile?  Below, the ten oldest Amish communities, with date of founding and approximate number of church districts as of 2020.

10. New Wilmington, Pennsylvania (founded 1847; 21 church districts).  The Amish of Lawrence County emerged from the settlement in Mifflin County, PA. Bylers figured heavily among early settlers, and today the name is the most common in this community lying about an hour north of Pittsburgh.

9. Kalona, Iowa (1846; 11 church districts).  The oldest Amish community west of the Mississippi River.  Two Amish groups are represented here, with one of the community’s districts not in affiliation with the rest. 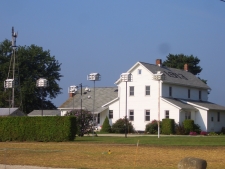 8. Nappanee, Indiana (1842; 48 church districts).  Amish settlement here predates the town which lends the community its name.  Nappanee itself was not platted until thirty years after the first Amish arrived, around the same time the first train, of the Baltimore and Ohio (B & O) Railroad, stopped here.  The frequently-used train line remains today, bisecting the community.

6. Adams County, Indiana (1840; 63 church districts).  This Swiss Amish community is also referred to by the name of the local town of Berne.  Primarily in Adams County, with some settlement in Jay and Wells Counties, along with Mercer County, Ohio. 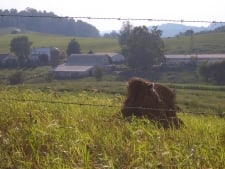 1. Lancaster County, Pennsylvania (circa 1760; 240 church districts).  The best-known and oldest of all existing Amish communities emerged from two mother settlements, one in Berks County (the Northkill settlement), and the “Old Conestoga” settlement, lying a few miles outside the bounds of present-day Lancaster city.