Typhoid fever and bad ‘plumbing’ did this bunch in.

David Luthy, Amish convert and historian, explains in his Settlements that Failed that the Amish settlement at Ordway, Colorado started off promisingly enough in 1910. 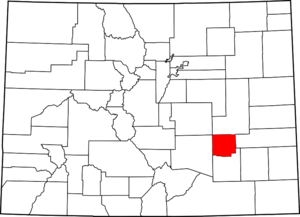 The area had been heavily promoted by a realty company for settlement, and proved attractive enough for some families to move there.   A town named  Dayton was meant to arise  in what was supposedly a very rich river-valley, and would foreseeably serve as a market and support center for the Amish.

Next, a minister was found who was willing to join the group–a key ingredient for any Amish community hoping to survive.

An important step was taken when an irrigation system was installed, which allowed the Amish to produce good crops of alfalfa, sugar beets, and cantaloupes.  They even had to hire Mexican migrant workers to bring it all in at harvest time.

Irrigation ended up causing the group’s downfall, however.

The water turned out to be bad, sickening some of the Amish with typhoid fever.   A few died.

Additionally, the system was set up so that water often wasn’t turned on until late in the evening.  Farmers had to work during the night as a result.

Or, it would not come until Sunday, when nothing could be done with it, Sunday being the strictly-observed ‘off day’ in the Amish week.

In the end, Ordway entered the history books as one of the dozens of Amish settlements that have failed over the past two centuries.

As you read through the cases in Luthy’s book, it is interesting to note the frequent tone of near-desperation of settlers in struggling locations.

Disparaging letters from Amish in other settlements in the Budget, a national Amish paper, often served to discourage further migration to new settlements.  Reading through the excerpts, some seem to poke fun at new settlers’ efforts, or to cast doubt on claims made as to an area’s viability for farming.

Apparently the Ordway Amish seemed not to get so much outwardly negative press, but rather suffered from the rumors (which turned out to be true, despite the realty company’s protests to the contrary) of irrigation difficulties.

As is often the case with a new settlement, if the initial group fails to rally enough families from other settlements to join them, or is not able to grow ‘organically’, it falters and eventually disintegrates. 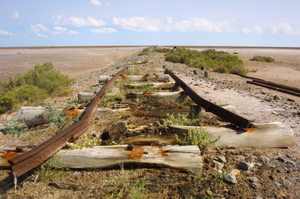 Settlements fade for other reasons as well, such as financial difficulties, drought, urbanization, disagreement among church members and leadership, lack of leadership, and conversion to other faiths.

Here, Luthy summarizes the aftermath of pioneering in Colorado:

Driving along mountainous roads in Colorado, a person can come to a completely deserted town.  The handful of frame buildings sag with age.  Shingles have been blown off their roofs, and their windows have long ago lost their glass.  Colorado has many of these “ghost towns”–towns which sprang up around mines and later were abandoned when the ore suddenly gave out.  During the last half of the 1800’s, Colorado gave birth to hundreds of such towns….Besides its ghost towns, Colorado also has what might be termed “dream towns.”  These are the proposed townsites which never developed farther than a realtor’s dreams and advertising campaign.  “Dayton” in Crowley County was just such a dream town.

Finally, a haunting eulogy for the settlement in the closing segment:

Time passes.  New generations are born.  History is forgotten.  It is very likely that no one in the Ordway area today remembers that Amish lived there in 1910-1917.  But there is a lone, mute memory of the Amish which still remains–the grave of Sarah Hochstetler in the public cemetery [dead of typhoid fever].  Also buried there is her brother, David A. Hochstetler, who died in 1956 but had never joined the Amish Church.  When some of his relatives attended his funeral, they looked for Sarah’s grave and reported that it was “taken good care of.”

(Excerpts from David Luthy’s The Amish in America: Settlements That Failed, 1840-1960.  Today, a handful of Amish settlements can be found in Colorado. Read more about Colorado Amish in the Amish State Guide, or learn more about Denver Amish Furniture Stores).