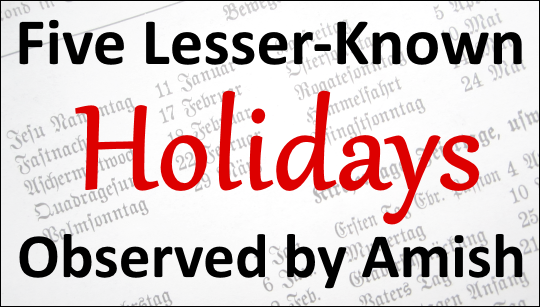 Amish mark many of the same religious and secular holidays that other Americans do. But they also observe holidays that are not as widely celebrated.

You’ll find five of them below (note: observance may vary between communities).

This day marks Jesus’ bodily ascension into heaven. It’s a movable holiday, dependent on the date of Easter Sunday.

According to various sources including firsthand input from our readers, this day seems to be observed in most Amish communities.

In many communities, on Ascension Day, shops will be closed and Amish will spend the day resting, visiting, and spending time with family.

One group which does not appear to observe Ascension Day are the Swiss Amish. Since the Swiss have a different set of customs from other Amish, this is not exactly surprising.

Other churches that observe Ascension Day in some form include Roman Catholics, Anglicans, United Methodists, and the Eastern Orthodox church. 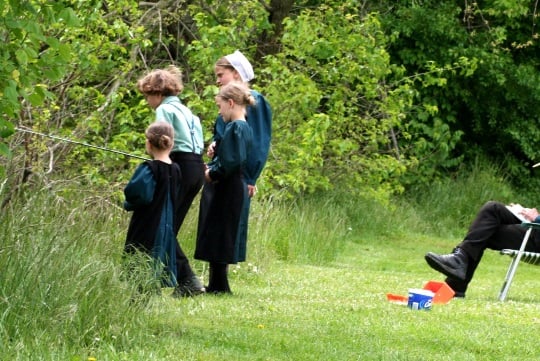 Amish enjoy some R and R on Ascension Day

An “old Continental practice”, the second day of Christmas is still observed in European countries including Germany, the United Kingdom, Poland, and Scandinavian countries.

It’s described as a day of family visiting in the Lancaster Amish settlement (see Amish Enterprise: From Plows to Profits, p. 102). Writing about the same community, Brad Igou describes the day as

usually one of relaxation or visiting others. Christmas dinners are a special part of the celebration, These are usually large meals, not unlike those served at weddings, and various groups beside the family will hold get-togethers, such as single women, teachers, and others of like interest.

Not to be confused with the day known as Old Christmas or the Epiphany (January 6th).

While not technically a holiday, Amish may fast on the off-Sunday falling between Council Service and Communion. The day may vary by community.

Amish also undergo fasting on a number of official holidays, including Good Friday and the Epiphany.

As in other churches, fasting has spiritual significance for the Amish, and may be accompanied by prayer and devotional readings (see The Amish Way: Patient Faith in a Perilous World, p. 111). 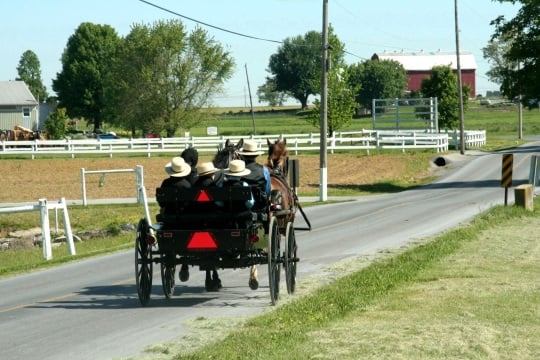 This day, like Ascension Day, has a movable date. Pentecost Monday falls on the day after Pentecost, which commemorates the Holy Spirit’s descending upon Jesus’ followers (celebrated seven weeks after Easter Sunday).

Also known as Whit Monday, the origin of “Whit” is not clear, but possibly a historical reference to white garments once worn by those newly-baptized on the Whit Sunday feast.

A public holiday in many European and Caribbean countries, and observed to some degree in Catholic and Eastern Orthodox traditions. Another visiting day for Amish.

Also called Michaelmas, this Catholic-origin holiday is celebrated in that denomination as the Feast of St. Michael the Archangel. Why do the Amish observe this day?

In the old days in Europe, many of the Amish and Mennonites were tenant farmers. Much of the land was owned by the church or aristocrats. Farmers paid a percent of their profits to the landholder every year. The date set by the churches and monasteries in Germany for the farmers to pay their tax was St. Michael’s Day, October 11th. This date fell after the harvest, when the profits and resulting tax could be most accurately assessed.

Today, most of the Amish probably couldn’t even tell you who St. Michael is, or why his day was chosen for fasting and resting. Yet it remains a special day for them, as it was for their ancestors, even if the reason for its observance has changed. It is an example of an old custom that has continued to survive simply because it has become a tradition.

In Western traditions, such as Lutheran and Catholic, the day falls on September 29, while the Greek Orthodox mark it on November 8th.

These of course aren’t the only important days Amish observe. What other Amish holidays or special-day traditions do you know?