Being a bit off the beaten path, we haven’t had too much on this site about Amish communities in Maine.  A reader recently visited the settlement at Unity and had the following story and photos to share.

My family was up in Maine this past weekend looking at land to purchase in Unity or Thorndike. The parcel we are most interested in is located near the Amish farm where it looks like a good deal of activity in the community *seems* to take place. We went around to where the Amish farm is to take a look and it is also the location of the “Community Market”.

The Community Market is still under construction and is located at the base of what looks like the central point of Community activity and endeavors and the large fields look like they grew a lot of product this past growing season. 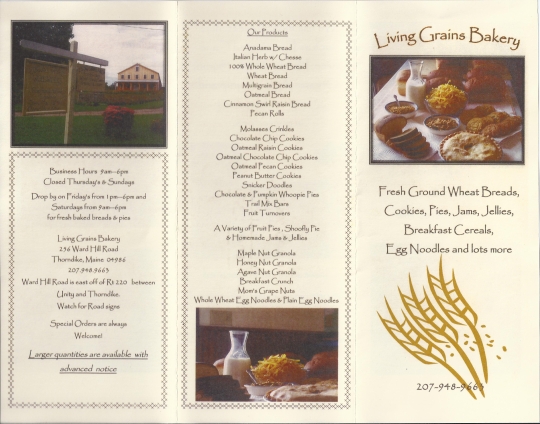 There was a lot of activity going on outside with several Amish men using a chainsaw to cut ice from a pond and using the horses and buggies to haul it off somewhere. There was an elderly woman there who was watching this going on and said pretty loudly, “….I haven’t seen that done in about 70 years.”

The Market would remind you of a small version of Lehman’s. It’s mostly a hardware store. My husband was relieved that there was such a high quality hardware store right there because there wasn’t a Home Depot in sight. They have wood cooking stoves on display and lots of oil lamps, etc. There was only a small section that had homemade items like pickles, pasta sauce, cookies. That was a bit disappointing. It was very dimly lit with propane lights. 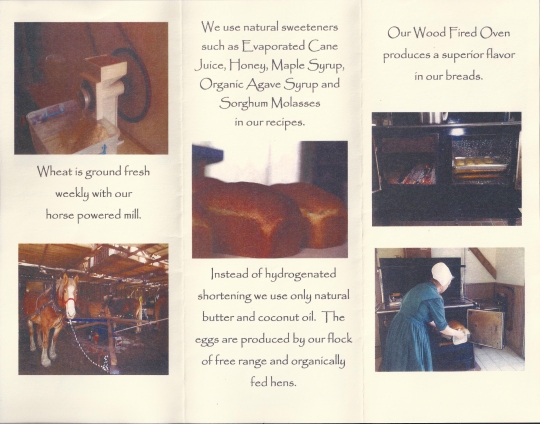 The Amish gentleman manning the store was exceptionally friendly. Several of his daughters were helping him and also doing their schoolwork. His toddler was sitting off to one side on the store counter. He approached us and we explained what we were doing in the area and struck up a very easy non-touristy conversation about working land that hadn’t been farmed in 50 years or so and using the wood cook stoves in the home, etc. He has very limited solar at his house as it is gets to be expensive.

His daughters were very lovely and their heads kept popping up to look at us in wonder as we were talking about having our Maine home off-grid. This seemed to really amaze them. 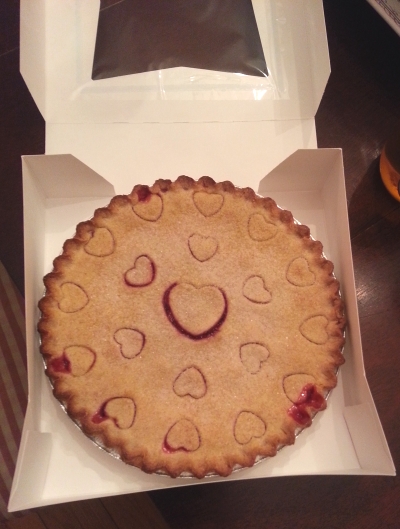 He recommended we go around the corner to the Copp’s place (Living Grains Bakery) since I was looking for fresh bread. Mrs. Katie Copp was likewise very, very friendly and welcoming as was their daughter. The bakery is really a long table set out with some baked goods and pasta.

The remainder of the building is taken up with Mr. Copp’s wood items. His items are very refined and not bulky country items. The daughter was keen to show me her father’s wood items (including a handmade coffin on display…Note how Locust Grove’s motto includes “from the cradle to the grave”.). 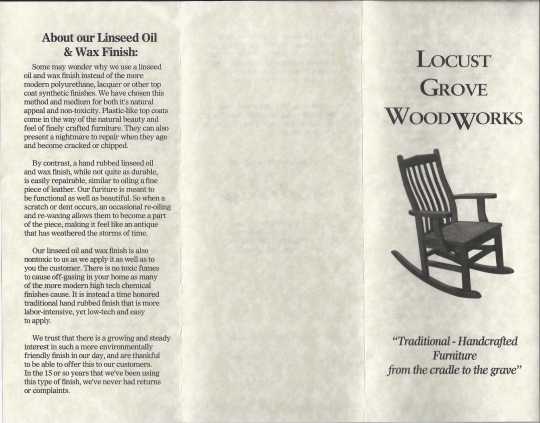 A beautiful handmade case clock was slightly over $4,000. She explained the showroom was pretty bare because most of his pieces had been bought during Christmas. I guess no one wanted to fit a coffin under the tree for that someone special. 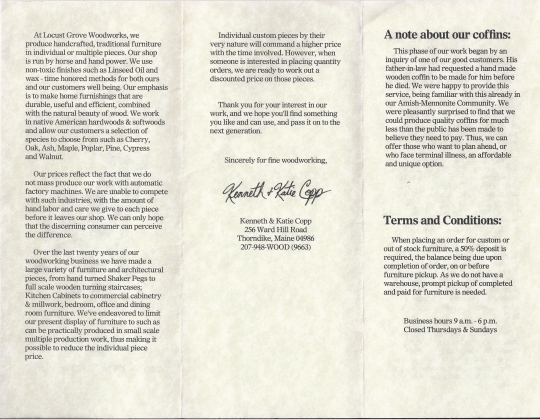 We only snapped one discreet picture of a buggy in front of us because we stand an excellent chance of moving there and didn’t want to be the losers who took pictures and then moved in.

Besides their very real friendliness what surprised me the most were the children. No matter what age they were (and we saw toddler to about age 16/17) they were all very centered and calm. That kind of centered and calm that can’t be faked. Their manners were beautiful and authentic. That restlessness and high energy paired with edginess that is so prevalent in kids today was completely absent.

The locals do seem to most sincerely adore and value the Amish being there – genuinely so. Not as a curiosity. I think I read/heard somewhere that the Unity settlement hopes to be a “beacon” for people and I certainly saw that effect on all the locals who were in the Community Market. Just by being themselves and living their lives fully around the town they were making a positive mark.