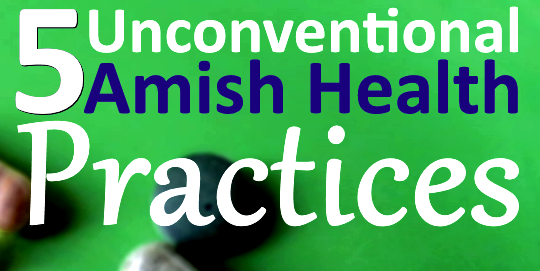 Talking about the “Amish approach” to health care is nothing if not complicated. For one, with diverse churches and individual differences, it’s hard to say there is an “Amish approach”.

But one thing is for sure–many Amish people, admirably, care about their health. That’s the conclusion you have to draw after observing the efforts they put forth to get and remain healthy.

Amish people certainly do visit doctors and hospitals, but probably not nearly as often as non-Amish do, for a variety of reasons. There are a number of alternatives Amish make use of as well.

Even though some of these may be considered unorthodox, I’m not here to say they don’t work or aren’t worth trying. Clearly they bring some sort of benefit, though as you’ll see at least one of the categories below is highly controversial among the Amish.

Here are five health practices seen in various parts of Amish America. I’ve also noted how common each one is.

Though “medical tourism” maybe isn’t the perfect term to describe what the Amish do, it’s within that same vein.

Amish will travel to other states or even spend days on a train to reach Mexico where they can access treatments unavailable in America, or undergo a medical procedure at a lower cost than in the US. Family may accompany the patient. 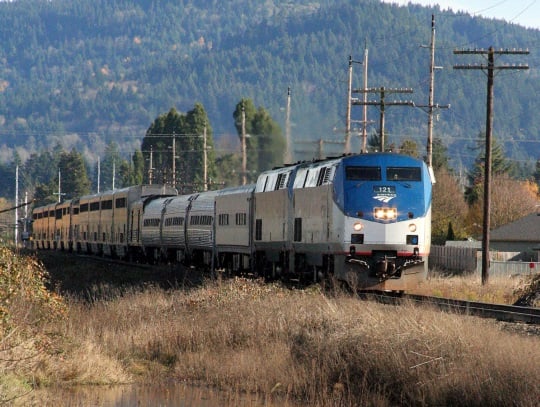 So if you’re ever in Tijuana, don’t be shocked if you see people in plain clothes. Clinics in the city have advertised in Amish papers such as The Budget. A 2006 Wall Street Journal article explained that with travel costs running even $4,000 per person, such medical trips are still economical.

An added bonus, Donald Kraybill explains in the article, is the opportunity for “a little diversion”, noting that “people who spend their lives in rural settings like to go to a motel sometimes, watch cable TV and eat in a restaurant.” The point is healing, of course, but the entertainment value comes as an extra.

I have been the beneficiary of an Amish home remedy once or twice. The last time was when I was stricken with a fever, aches, loss of appetite, and flu-like symptoms while in Lancaster County.

So I guzzled a concoction my hosts had made of honey, lemon, pepper, and horseradish. Next step? Crash in the recliner by the steady heat of the wood stove, and conk out for a few hours.

By the next morning I was back on my feet. Was it thanks to the remedy, a good night’s sleep, the bug naturally running its course, or some combination of all three? No way to tell, but I was happy to hit my ailment with everything at my disposal, including this extremely strong-tasting drink. 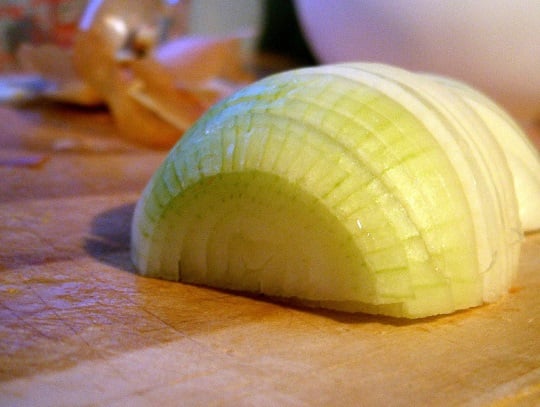 Treatments in this category include passed-down family remedies, herbal and other “natural” treatments, and practices such as chelation therapy. Chiropractors also do good business in Amish communities.

Unfortunately an openness to medical alternatives can lead to charlatan types who take advantage of cure-seekers. The authors of An Amish Paradox refer to a “worm doctor” operating in the community who suggested the source of any ailment was a parasite that needed killing (p. 236).

This category does not include “folk medicine”, which we look at next.

A separate category of folk medicine would encompass brauche practices (also known in other contexts as folk healing, sympathy curing, or pow-wowing). I want to be clear that this one is controversial among the Amish.

An Amish friend in a progressive settlement joked about these old folk practices, considered outdated or questionable by some or even “witchcraft” by others. Truth be told I’ve rarely spoken to Amish people about folk and fringe practices, though you read and hear enough here and there to know that they still exist. 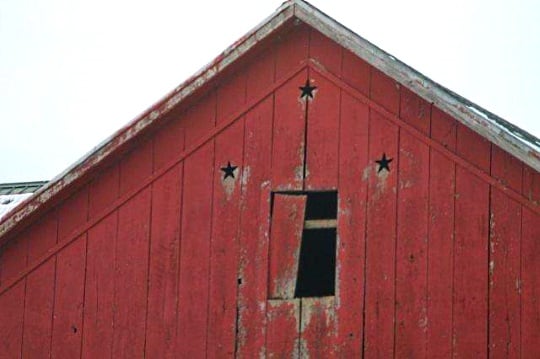 For example, Karen Johnson-Weiner addresses “pain-pulling”, known as shmates tsia among Swarztentruber Amish, in her book New York Amish. “No longer widely practiced in Old Order Amish communities, pain pulling is considered extremely hard work.” Not everyone can do it; there is a belief that the skill runs in families. As described the practice involves multiple people holding hands to pass pain through a line, with a copper wire used to finally pass the pain into the ground (p. 69-70).

Brauche is described by another researcher as creating “high context relationships” leading to visiting and personal contact. She also notes that brauche services may be favored to treat babies, who cannot express what is bothering them (see Wenger, p. 93-97). So if we are looking for an explanation as to its appeal, that is one possibility.

Other reasons? In An Amish Paradox, Charles Hurst and David McConnell write that “Powwowing, though controversial for some Amish, shows no signs of completely disappearing because of the increasing costs of mainstream medicine, the rise in acceptance of alternative medicine, and the continued belief by some in the reality of curses and hexes.” The authors describe such practices as “most likely among very conservative groups” (p. 237-238).

It’s hard to find an Amish publication that doesn’t have some kind of advertisement for a health product you can order by mail. But a more potent form of sales is word-of-mouth–which can be exceptionally effective in Amish communities (for good, or ill).

Users of a product suggest it to friends and loved ones, and receive a portion of the profits from any ensuing sales.

This could be classed as both a business and health practice. Multi-level marketing is of course common among English too, but it has the potential to thrive in a population with many close personal ties and a high interest in health.

Personal testimonials are often used as selling points in health marketing and can be very convincing coming from a friend or family member.

Some even convince those outside their circles–I was a semi-regular purchaser of a joint-boosting supplement for a little while, courtesy of an Amish acquaintance in Holmes County, Ohio. Did it help my achy knees? Well, they still work eight years later.

Having a baby, if you’re English, is a monumental happening–in some cases literally a once-in-a-lifetime occasion. In contrast, for many Amish families, the birth of a child is a seasonal event.

That’s not to downplay the joy at a new arrival, treasured as a blessing by Amish parents. It’s just a way of saying that Amish are more experienced at childbirth.

And with that experience, they know what they prefer. While many Amish mothers give birth in hospitals, some opt for alternatives. These include midwife-assisted birthing centers and home births. 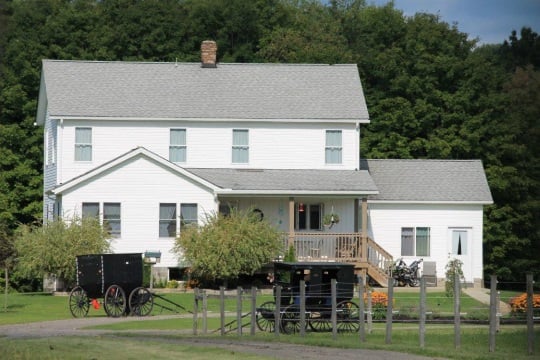 Probably the best account if you want to read firsthand stories of home birth is found in House Calls and Hitching Posts (by Dorcas Sharp Hoover), about the career of Dr. Elton Lehman, a country doctor who catered to Amish in the Holmes County community. It includes stories of one particularly well-known Amish midwife.

Home birth is a fringe practice in English society, but for experienced Amish mothers in particular it can be a comforting, preferred way to have a child. It’s also a lot cheaper than a hospital delivery. And when it’s 8, 10 or more children in a lifetime, that adds up.