Amish first settled in Maryland in the 1830s.  Today, only three communities are found in the state

Maryland’s 3 Amish communities are scattered to its far corners–one in the eastern upper corner of the state, another in the Appalachians of the far west, and the largest in St. Mary’s County in the southern Chesapeake Bay area.   As of 2011, 10 church districts are found in Maryland (see Young Center). 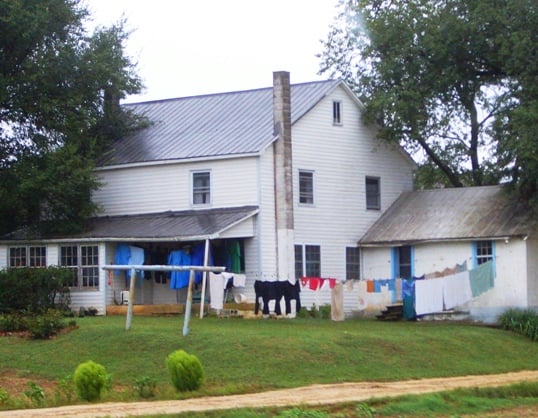 A community of Amish have lived in the highly-populated area south of Washington, DC since 1940.  The St. Mary’s County settlement was founded by Amish from Lancaster County, Pennsylvania, in response to pressures over schooling.

Schools in Lancaster were being consolidated at the time, and a group of Amish from the community decided to found a new settlement a couple hours south in Maryland.  There they hoped to escape conflict over their children’s education. 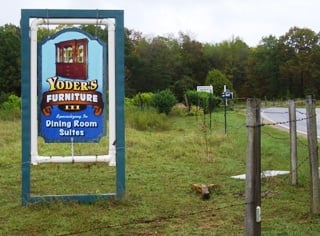 Related communities can be found in neighboring Virginia in Charlotte County as well as at Athens, Wisconsin and Johnsonville, Illinois, among other places.  Like their counterparts in Lancaster, Amish here maintain dairy farms, raise produce, and operate numerous small businesses.

And like a few other eastern seaboard settlements such as Lancaster County and Dover, Delaware, Amish in St. Mary’s County have experienced pressures due to the growing population in the region. 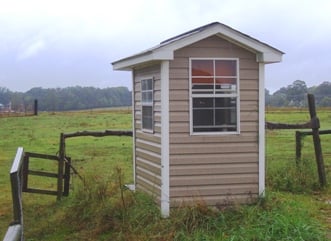 While the Amish live mainly in the northern part of the county, Old Order Mennonites can be found further south near Loveville.

Read more on the Amish in St. Mary’s County.

The oldest Amish community in Maryland also belongs to one of the more unusual groups in all of Amish society.  Amish at Oakland in Garrett County (the state’s westernmost county) are considered part of the “electric” New Order Amish affiliation.

Electric New Order Amish are perhaps the most progressive when it comes to technology allowed.  Crossing a line which most Amish avoid, Amish at Oakland permit the use of public electricity in the home.  They stand in contrast to the “nonelectric” New Order churches, which do not.

The Oakland community is quite old.  Founded in 1850, the community later came to be associated with the electric New Order movement, which itself came about in the mid-20th century.  Scholar G.C. Waldrep notes, however, that while “The older Amish settlements at Hutchinson, Kansas and Oakland, Maryland have electricity and are generally classed with the electric New Orders, but their ministers do not, at last report, participate in the annual minister’s meeting” (Waldrep, p. 399).

For a community of 160 years in age, Oakland is small, with only one church district.  However, as of 2007 the district was twice the size of most, with around 70 households (see Waldrep, p. 424).

The Cecilton community is Maryland’s youngest, founded in 1999.  The community lies in Cecil County on Maryland’s Delmarva peninsula, about an equal distance from the cities of Dover and Wilmington in Delaware. 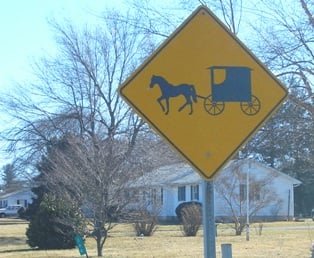 One of the few signs of Amish in Cecil County, Maryland

The Amish at Cecilton are also just a short distance from the southernmost homes in the Lancaster County settlement (approximately 30 miles away).  The settlement itself is very small with just a handful of households.

Maryland has seen only a few attempts to settle by Amish.  Besides the current communities, however, one other very long-lasting settlement existed just outside present-day Baltimore.  The community at Long Green just northeast of Baltimore city was founded in 1833, and lasted for 120 years before disappearing in the 1950s.

Lying 15 miles outside Baltimore, this community was founded by Lancaster County Amish during the slave era.  Historian David Luthy cites this as a reason few Amish ever settled Long Green.  “Most Amishmen in that era viewed the Mason-Dixon line as uncrossable,” notes Luthy.  “One descendant of the settlers stated: “Long Green was a rich farming valley and land was cheap.  More Lancaster County folks would have come had there been no slavery” (Luthy, Settlements that Failed, p. 169).

This community never grew large, and eventually made some progressive adaptions, such as building a meetinghouse in 1899.  The community dwindled over time, with the last member dying in 1953 (Luthy, Setlements That Failed, p. 172-173).

Despite its close proximity to Pennsylvania, Maryland has not attracted much settlement by Amish.  Only a handful of communities have ever been founded in the Old Line State. 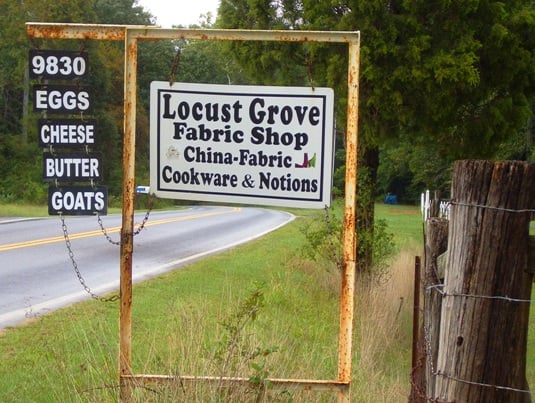 Today the highly-populated Baltimore-DC corridor prevents much Amish settlement.  Amish who do live near this area experience land and population pressures similar to those of Amish in densely-settled Lancaster County.

Maryland is unlikely to see the degree of future Amish settlement as other states (e.g., New York) which offer more attractive conditions for settlement such as cheaper farmland.  Still, with its electric New Order community and Lancaster daughter settlements, the state exhibits a measure of the diversity found in Amish society.