What’s the difference between Amish and Mennonites?

Amish and Mennonites are diverse groups which share similarities

Basic similarities between Amish and Mennonites

Amish and Mennonites of today emerged from a similar cultural and religious heritage.  The Amish split off from the Mennonite group in the 17th century in reaction to what one faction saw as liberalizing trends.   The descendants of these early Anabaptists have formed a wide variety of Christian churches, though with certain unifying characteristics and beliefs.  Though practice varies, today Amish and Mennonites share values of non-resistance, adult baptism, and in some cases plain clothing.

Old Order Mennonites have an agricultural heritage and maintain small labor-intensive farms as the Amish do.  They also speak Pennsylvania Dutch, a key cultural marker.   They practice social shunning to a degree, though are generally more lenient than Amish in applying Meidung (the German term for social avoidance).  Old Order Mennonites and Amish run joint parochial schools in some parts of Lancaster County. 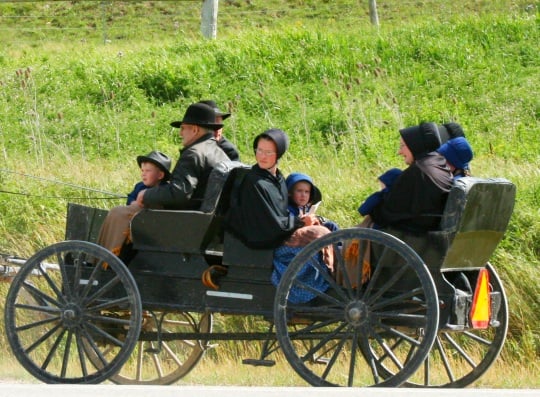 The Beachy Amish are an offshoot group that began in 1927 when a group in Somerset County, Pennsylvania, under the leadership of Bishop Moses Beachy, split from the Old Order church over the issue of social shunning.  Beachy Amish are theologically similar to Amish, and retain plain dress and somewhat similar appearance to Old Order Amish, though they accept certain technologies, notably the car and the computer.  Some consider the Beachy Amish to be a Mennonite and not Amish group.

There are a wide range of churches among the over one million Mennonites worldwide.  Many are quite modern in what technology they use.  Many Mennonites are no different in appearance than any other person in terms of dress and lifestyle, acceptance of cars, using the internet and modern technology, and going on to higher education and professional jobs.  Modern Mennonites have founded a number of higher educational institutions, such as Goshen College in Indiana, and Eastern Mennonite University in Harrisonburg, Virginia. 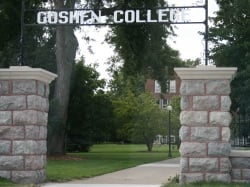 Many Mennonites exhibit a mission-oriented approach which takes them to distant corners of the world in relief and evangelical efforts, while the Amish tend to focus spiritual and charitable efforts closer to home.  However, some Amish do cooperate with Mennonites on charitable efforts.  Amish may contribute financially or by donating labor to higher-church Mennonite organizations, such as Mennonite Central Committee (MCC) and Mennonite Disaster Service (MDS).

Though as Anabaptist groups they reside under the same religious umbrella and may share some beliefs, modern Mennonites and Old Order Amish can seem very different.  At the same time, many Amish and Mennonites (particularly Old Order and Conservative Mennonites) share an affinity for one another.  One sees this through their common language and similar style of plain dress, cooperation in areas such as schooling and disaster relief, as well as shared religious beliefs.

Now that you know how Amish and Mennonites compare, what about Old Order Amish and New Order Amish? Or, learn about the extreme customs of the most conservative of all Amish, the Swartzentruber communities.

An Introduction to Mennonite History: A Popular History of the Anabaptists and the Mennonites, Cornelius J. Dyck

Horse-and-buggy Mennonites: Hoofbeats of Humility in a Postmodern World, Donald B. Kraybill and James P. Hurd

On the Backroad to Heaven: Old Order Hutterites, Mennonites, Amish, and Brethren, Donald B. Kraybill and Carl Desportes Bowman