The Young Center at Elizabethtown College provides annual Amish population numbers, with totals for each state, province and so on. But they also have figures for the Old Order Mennonite population, a group similar to Amish in many ways (and in some cases living next door to them as neighbors). According to their latest tallies, the horse-and-buggy Old Order Mennonites number over 38,000 across their various groups.

There are eight separate groups included:

You’ll find descriptions of each group along with figures for each state or province where they are found at the link above. Most, but not all of the groups show both total population (including non-members) as well as member totals alone (the 38,000+ figure is of total population). Also of note – there is one group which has a presence outside of the US and Canada – the Noah Hoovers, with a settlement in Belize. 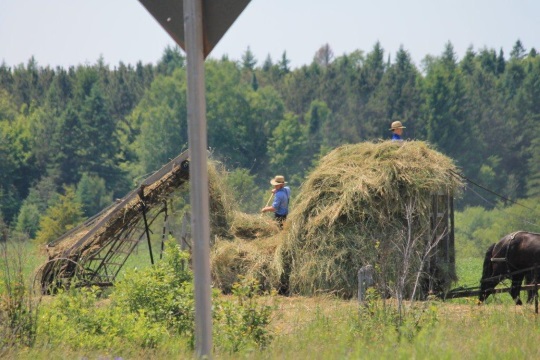 There’s one other caveat here – the numbers are compiled from various sources which have been updated at various times over the past several years. We can call these the 2020 numbers, though that is not exactly accurate. I reached out to Young Center Senior Scholar Steven Nolt, who explains why below – and where the numbers come from:

Unlike our Amish population numbers, which we update every year (generally the summer), in the case of the OOM numbers we just post figures from their directories, which are updated, in most cases, every 5 years on a regular cycle – though each group on a different five year cycle. Thus, each table has a different date. The Stauffer Mennonites, for example, just did a directory (2020) last fall; previously we had 2015 numbers for them. The Groffdale Mennonite figures are for 2017, and we’ll presumably have new numbers in 2022. Etc.

We go through and rather tediously count up people in each directory. I personally did the counting for the Ontario and all the Virginia directories and tables. Edsel Burdge did the Stauffer and Noah Hoover groups. Students helped us with the Groffdale families. An Old Order Mennonite man provided the Reidenbach estimates (they don’t have a printed directory).

Also, Steve explained who is included in these figures:

One might note that some car-driving groups consider themselves Old Order, particularly the Weaverland Mennonite Conference and the Wisler Mennonites of Indiana and Michigan (not the Ohio Wislers, though). But our tables only include horse-and-buggy-driving groups. It’s not that we don’t think the others are Old Order, but we just limited our tabulation project to horse-and-carriage groups.

Steve also notes one small typo – the figures were just updated in January 2021, not 2020 as noted at the bottom of the document. Here is the chart for the Groffdale Conference, aka “Wenger Mennonites”, the largest group: 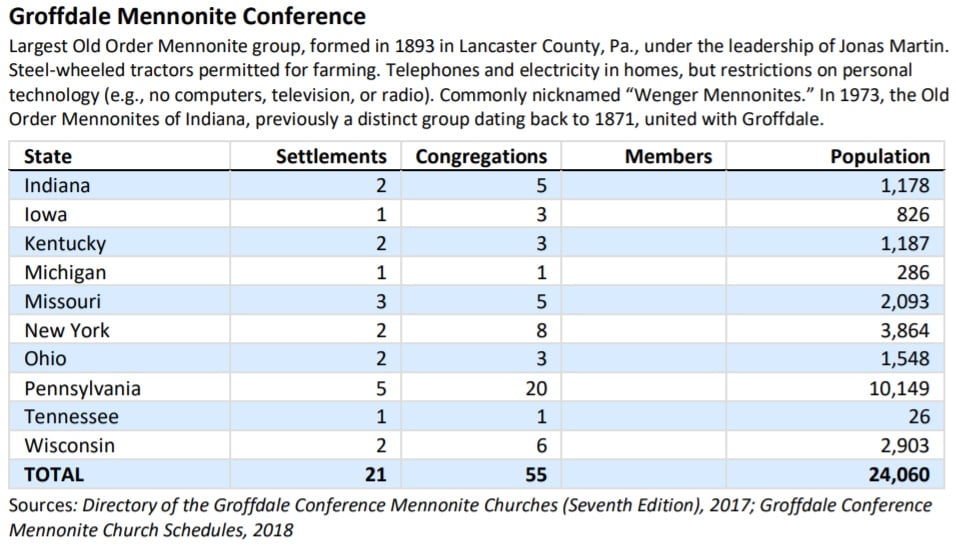 In comparison to the Old Order Amish, with a population of 350,000+ as of last year, the horse-and-buggy Old Order Mennonites are a much smaller group – around 10-12% the size. View the full numbers at the Young Center Amish Studies site.