Who are the “Amish Mennonites”?

You may have come across the term “Amish Mennonites” before. It popped up on the site here recently, in our post on the first Amish settlement in America. Both Jim Potter and Al in KY wondered, what does the term mean?

You might see it in some accounts referring to a modernizing group which emerged in the latter 1800s, in contrast to what became the conservative-leaning Old Order Amish. 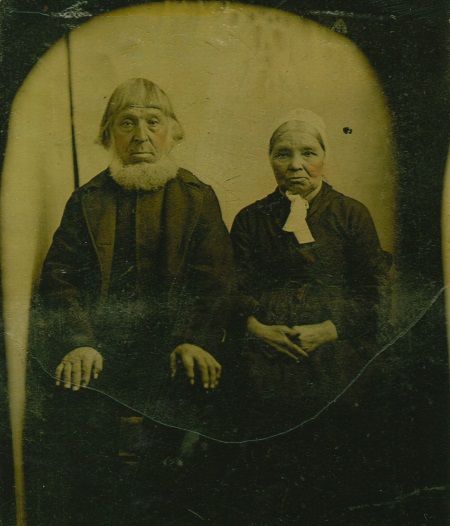 Henry and Magdalena Stahly, of Nappanee, IN, in 1875. A memorial of Henry describes him as “a consistent brother in the Amish Mennonite denomination.” Photo: Steven M. Nolt

But it is not so clear cut. Here on the historical marker, you can see the term is used to describe that first Amish community at Northkill. This is what prompted our readers’ questions.

Northkill was a much earlier group (circa 1740) which we might retroactively classify with those who became known as Old Order Amish and who we just call “Amish” today. 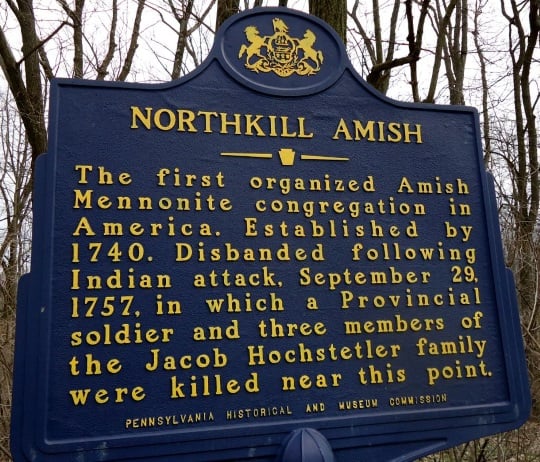 This historical marker was placed in 1959. Photo by Drums600

As Al suggests, you also see the term used today to describe a number of present-day Anabaptist churches.

Scrolling through the results, there appear to be at least a couple dozen using the term “Amish Mennonite” in their names today.

What does “Amish Mennonite” mean?

So what does the term mean, as it seems to have been used in various ways historically?

I reached out to Young Center Senior Scholar Steven Nolt for an explanation. It was in his book A History of the Amish

that I first saw discussion of the term.

Steve kindly obliged with the following response, which I reprint in full below. Hopefully this helps clarify understanding of the term and the various ways it has been used.

I took the liberty to add links to a couple of terms which Steve uses, for any readers unaware of their meaning:

To avoid too much confusion, I standardized – perhaps anachronistically – some 18th and early 19th century language in History of the Amish. ‘Amish’ often would have been more of an adjective, modifying Mennonite in the 1700s and 1800s. For example, a Revolutionary War meeting between peace church leaders and the Lancaster County Committee of correspondence, July 1, 1775, included “Christian Rupp & Michael Garber, Representatives of the Society of people called Amisch Menonists.”

So to impose a kind of nominal uniformity on a story that already has a confusing number of names, I use the term Amish to describe groups through about 1860, then Old Order Amish and Amish Mennonite to describe the two broad camps coming out of the Diener-Versammlungen. But the term Amish Mennonite is sometimes there in sources before 1870s, designating the broader pre-Diener-Versammlungen churches generally.

Also, it’s interesting to note that nowadays, most Old Order Amish settlement directories and other publications just say “Amish.” Horse-and-buggy groups have become so associated with the name Amish that the Old Order part doesn’t always need to be said. It is now incumbent upon, say, Beachy Amish folks to call their directory an Amish Mennonite directory.