Where do the Amish come from?

Amish roots are in Europe, though none live there today

The Amish are among the most easily recognizable peoples in North America.  For some, they may seem a living remnant of a bygone era, or a people stubbornly clinging to outdated ways.

In fact, throughout their history Amish have had to adapt to persecution, societal change, and other external influences.  Over time, Amish society has evolved and changed while remaining mindful of tradition and religious values.  Where did the Amish come from, and why did they end up here?

The Amish are a product of the Protestant revolution in Europe.  In the early 1500’s a group of devout Christians in Zurich, Switzerland developed a set of beliefs counter to both the state Catholic church as well as the Protestant groups that rebelled against it.  Among other beliefs, this group felt strongly that individuals should be baptized as adults, not infants.  They also believed in a Scriptural doctrine of non-resistance, which would prevent them from doing military service or any other acts of violence.  Due to their belief in adult baptism, this group was given the derogatory name “Anabaptists”, which literally means “rebaptizers”. 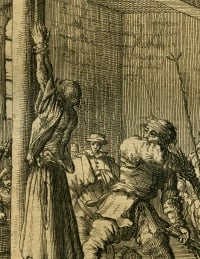 Early Anabaptist history is bloody.  Anabaptists were seen as undermining the power of the State church.  For their threatening beliefs they were persecuted—captured, tortured and in some cases killed—and were forced to worship in secret.  Over time they found refuge in various locations throughout Europe, including parts of Switzerland, France, Germany, Holland, and even as far east as Poland and Russia.   In Europe they developed methods of farming to make the best of the poor-quality lands they were forced to inhabit, and in the process developed a strong agricultural reputation.

The Amish and Mennonites split

One of the more conservative segments of Anabaptists became known as Mennonites, named after an early leader, a Catholic priest convert named Menno Simons.  The Mennonite group later experienced tension due to conflicting beliefs.  One leader named Jakob Amman disagreed with the practices of some of his brethren, maintaining that they had become too permissive.  Among other issues, he believed in a more strict interpretation of the doctrine of shunning, or social avoidance.  This disagreement led to conflict among the Mennonites, resulting in the eventual split of Amman and his followers from the Mennonite group in 1693.  This more conservative contingent became known as “Amish”.

Religious freedom for Amish in America 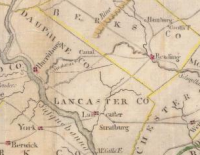 In the 1700’s, Amish began settling in what would become Pennsylvania

Amish first began arriving in America in the early-to-mid 1700’s, attracted by the promise of religious freedom in “Penn’s land”.  Amish had been largely landless tenant farmers in Europe, so the chance to own their own land was attractive as well. Early Amish settled in southeastern Pennsylvania;  one of the original settlements became the well-known community at Lancaster County.

As more and more Amish arrived through the 18th and 19th century, Amish communities grew.  Amish settled in new areas outside of Pennsylvania, including Ohio, Indiana, Iowa and Illinois.  Some of the early Amish assimilated with society and in some cases became more modern Mennonite congregations.  The last Amish settlement in Europe disappeared in 1937.

The segment of Amish society which chose the more conservative path became known as the Old Order.  The Old Order Amish are found in 28 states and Canada, and number approximately 250,000 today.