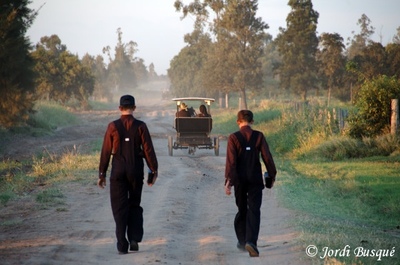 People known as Old Colony Mennonites occupy large tracts in the state of Chihuahua near Cuatemoc and Casas Grandes and in Durango. 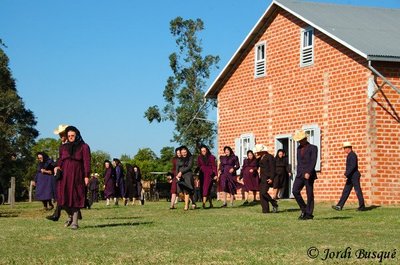 These German-speaking people emigrated from Manitoba and Saskatchewan in western Canada in the 1920s. They came to North America in the 1870s from Russia.  The name, “Old Colony,” derives from their origin at Chortitza, the oldest Mennonite settlement in Russia.  The Russian settlers were originally from Prussia and the Prussian Mennonites can be traced to Holland. 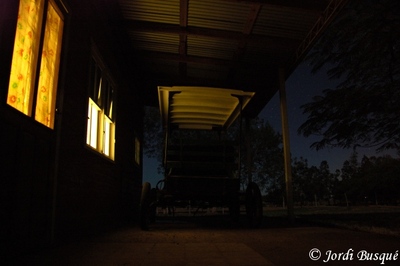 So, the Old Colony group represents the Old Order element of Dutch Mennonitism, a separate branch from the Swiss Mennonites from which the Amish and Old Order Mennonites descend.  The Old Colony Mennonites emerged as a distinct group in the 1880s in Manitoba.

All photos were taken by Jordi Busque. The first three are from the Riva Palacios Colony in Bolivia.  Starting in the 1950’s, large groups of Mennonites left the Mexican settlements and established communities in Bolivia, Belize, and Paraguay.  Scott says that “this last emigration represents the ultra-conservative element among the Old Colonies”.

Scott explains that Old Colony Mennonites took advantage of discarded automobiles, stripping them down until only the chassis remained, and then converting them to two horse wagons known as “Karrenwagen” (auto-wagons). 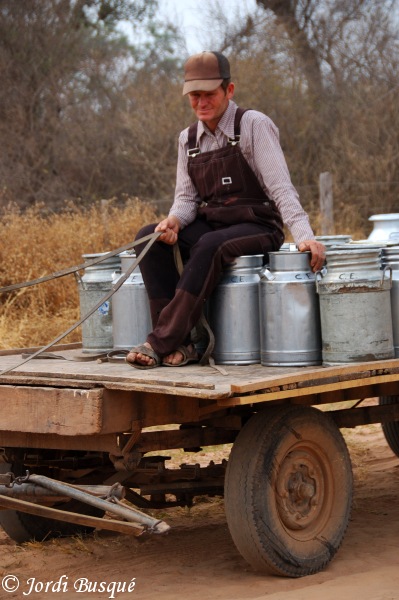 I found these photos interesting because you can see the type of transportation used in this settlement.  The vehicles seen in the first three shots look smaller than the ones Scott presents in his book, with more of a converted-golf cart appearance. 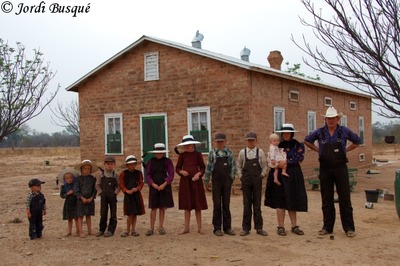 This family, parents and ten children, resides in Durango in Mexico. 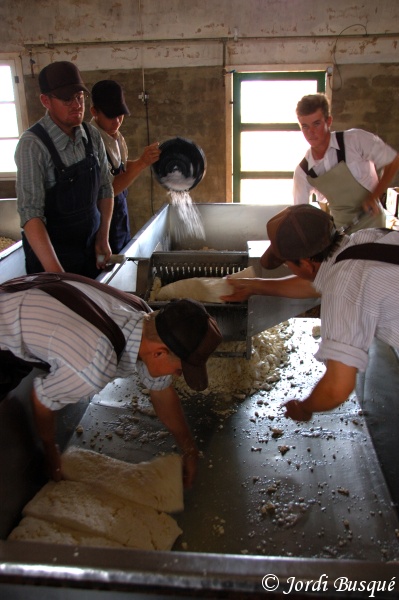 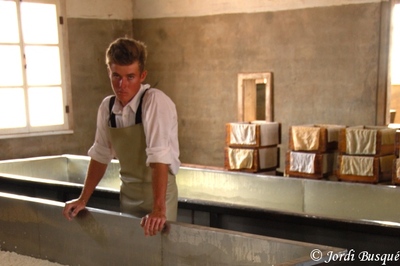 Cheesemaking is an important occupation in some communities.  Pinondi Colony. 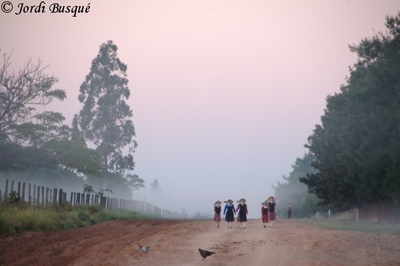 Children on their way to school, Swift Current Colony in Chihuahua.