What are some conflicts Amish have faced?

As a “people apart”, the Amish have faced various conflicts living in a modern society, some of which have affected the Amish as a whole, and others which have been of concern to a smaller segment of Amish society. 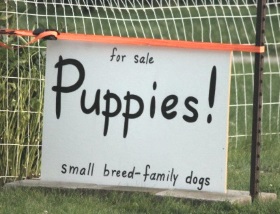 There have been a number of cases made public in which Amish breeders have housed dogs in poor conditions (read more). Since “puppy mill” is a loaded term and a precise definition is unclear, it can be difficult to say which Amish dog breeders facilities might qualify (leaving beside the most obvious cases).

A number of Amish continue to breed and raise dogs. Some are small-scale operations (sometimes a single breeding pair) while others are large-scale facilities.

Some do. In certain communities, alcohol consumption is common (the large Adams County, Indiana settlement is one example). In some Amish households, homemade wine may be consumed in moderation, for “health purposes.” Wine is used in most Amish churches for the twice-yearly Communion service.

Some Amish youth consume (and over-consume) alcohol during their pre-baptismal, adolescent years. Other Amish, such as those of New Order churches, are staunchly against the use of alcohol. More on the Amish and alcohol.

Does abuse happen in Amish communities?

As in other communities, it does. While Amish are generally law-abiding and are not often convicted of crimes, domestic physical and sexual abuse has occurred in Amish settlements (see this case for one example). The abuse issue can be clouded by reluctance of some Amish to report incidents to non-Amish authorities. Read more on sexual abuse among Amish.

Compared to the average non-Amish person, Amish are less likely to make crimes known to authorities. This stems from a number of reasons, including the group’s Two Kingdoms doctrine beliefs, a general reluctance to remain apart from “the world,” and a tendency to handle issues internally. This reluctance is probably more true of the more traditional settlements.

Despite this, many Amish do readily cooperate with police, seen in the Nickel Mines schoolhouse shooting case, and many other examples, including one case in which a male officer, assisted by Amish, went undercover as an Amish woman to catch a predator.

Why are Amish targeted by criminals?

Amish are viewed by some lawbreakers as easy targets due to a belief that they won’t contact authorities. Some assailants may act from personal disdain or prejudice against the Amish. Amish buggies and property may be the targets of pranks and vandalism. Some wrongdoers don’t realize that Amish will inform authorities and take certain steps to protect themselves. Read more.

What about the beard-cutting group led by Sam Mullet?

Sam Mullet is the leader of an Amish offshoot group, located at Bergholz, Ohio (which one expert does not consider to be Amish due to departures from Amish Christian doctrine). Under Mullet’s leadership, group members carried out a series of attacks in which they sheared the beards of male Amish and the hair of one female in eastern Ohio in late 2011. 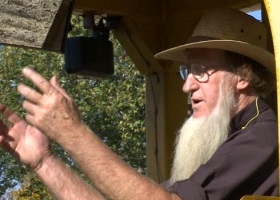 Mullet and other members of his community were convicted of hate crimes in 2013 and given sentences ranging from a year plus one day, to 15 years. The hate crimes sentences were later overturned and in early 2015 Mullet and others were resentenced to somewhat shorter terms.

How has fracking affected the Amish?

Living in parts of Pennsylvania and Ohio where energy extraction by hydraulic fracturing (fracking) has become an issue, Amish have also been approached to sell energy rights to oil and gas companies. Some have done so, while others have objected to the practice.

Amish concerns over fracking include disruption of rural calm caused by trucks and heavy machinery, potential environmental problems, and social imbalance due to a large influx of wealth into the community. Reports in 2013 suggested enthusiasm for fracking in eastern Ohio had diminished due to extraction difficulties.

Many do, while some do not. Those who balk at building codes are typically Amish from more traditional communities who have an objection based on a technology or practice required which goes against their traditions or beliefs.

For example, a couple in Minnesota faced a civil suit in 2015 due to refusal to install a septic system as local ordinance required. Other Amish in New York had issues over installing smoke alarms required by local building codes, eventually resolved.

Can I buy raw milk from the Amish?

Laws on raw milk sales vary depending on the state. Retail store or farm sales are legal in some high-Amish population states such as Pennsylvania, Wisconsin, Missouri and New York.

In other states, it is sometimes sold via various loopholes, such as “herd shares” programs (Ohio, Michigan, Tennessee),  or designated as “pet food” (North Carolina). In other Amish-inhabited states, raw milk sale are illegal (Maryland, Iowa). This map show raw milk laws by state. 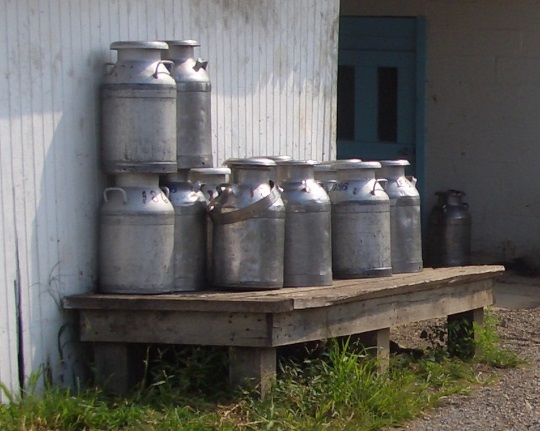 Do Amish use corporal punishment?

Yes. It’s common that Amish parents administer physical discipline to their children. In some cases Amish schoolteachers will also employ corporal discipline (with the blessing or expectation of children’s parents). Read more on the Amish and spanking.

Can Amish people be individuals? How free are they?

At baptism Amish agree to abide by the Ordnung, community-agreed rules and guidelines for daily living. Being a member of an intentional community such as an Amish church is certainly a different experience than living as an unaffiliated individual in a post-modern society.

As members of such groups, Amish do concede certain freedoms, though in return receive benefits, such as the security of community, financial support in times of need, and a strong sense of identity within a network of churches spanning North America.

Some Amish communities follow stricter guidelines than others, affecting permitted technologies, dress, employment choices, recreational options, and other facets of everyday life. Thus the freedoms that Amish enjoy in some communities are greater than others.

Within the structure of the Amish church, Amish people have numerous outlets for creativity and personal expression, though an outside observer would probably consider them limiting. Amish express themselves through writing, craftsmanship, quilting, gardening, limited home decor choices, and other means.