Why Do Criminals Target the Amish?

Too often, we hear stories of criminals seeking out Amish victims. Their crimes include: 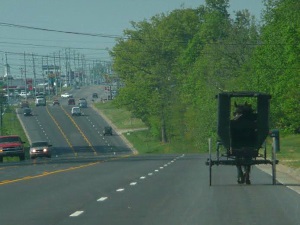 One woman has been captured, and two more suspects are being sought, following what sounds like a busy night for local police.

From The Columbia Daily Herald:

Later a third Amish man was the victim of another armed robbery. The suspect vehicle in this incident matched the description of the vehicle in the earlier robbery.

Why do criminals target the Amish?

Can you think of any other?

The principle of non-resistance guides Amish life. And all things considered, they are less apt than most to call on law enforcement.

But stories like this, and the recent “undercover Amish” case, show that Amish will aid police to catch criminals.