Healing on both sides of the Nickel Mines tragedy, four years on

Today marks the fourth anniversary of the Nickel Mines Amish school shootings.  I’d like to share two items with you.

In it, she discusses her feelings on learning of the shooting, the Amish community’s response, and how she has interacted with the families of the children.   I’ve excerpted a few passages from this interview below. 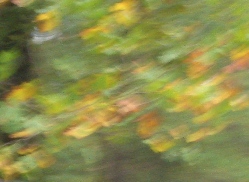 We also have a guest post from Professor Kraybill, who shares his comments after speaking with two of the parents of children who were shot.  He offers some updates on the children, the families, and how they remember that day.  Special thanks to him for sharing this with the blog.

The healing process has been very difficult for all involved, as one would expect.  But as you’ll see below, there are bright spots.

Where were you when you learned of the tragedy?

October 2, 2006 was a beautiful day.  My friend and I were eating lunch on the patio at work as we did every day.  We heard sirens, helicopters.  Even when I’m driving down the street and I hear a siren, I always offer a short prayer: “Whoever’s involved in this, Lord, just be with them, bring healing,” which I did that day.  We finished our lunches, walked back into the office, and the phone was ringing.  It was my husband, “I need you to come down to Charlie’s house right away.”

As I drove there, I turned on the radio and heard there’d been a shooting at the Nickel Mines School.  I knew that my son parked his truck down near there.  “Wow,” I thought, “don’t tell me Charlie was around when this was happening and tried to help with the rescue or something and got shot!”  I arrived to learn that not only was my son not living anymore, but he was the perpetrator of the crime.  This couldn’t be!  This was not the man that we knew, the wonderful dad, the wonderful husband.  Our lives were shattered in a way that no one can prepare for.  There’s nothing that could have prepared me for it, except God knew that it was going to happen, and as best as could be, He walked us through this.  We take our sorrows, and we ask God to restore our joy.

How did the Amish community respond to your family?

On the day that it happened, Henry, our Amish neighbor up on the hill, whom I call an “angel in black,” came to our house.  My husband provided transportation for the Amish when they needed to travel by car, and he was just devastated.  All day long, my husband couldn’t lift his head. He kept taking a towel and wiping it over his head–he just kept wiping the tears away and couldn’t lift his head up at all.  And then Henry came, and he was the first sign of healing for my husband.  He put his hand on my husband’s shoulder, just stood there and comforted and consoled him for an hour.  Henry said, “Roberts, we love you,” and just kept affirming and assuring him.  The acceptance we have received from the Amish community is beyond any words.  To be able to have a community of people that have been hurt so much by what our son did and yet to have them respond to us the way that they have has been an incredible journey.

How do you think about your son since the tragedy?

A piece of advice from a counselor was so helpful to me.  And I think anyone going through a tragedy or a hard time can use some aspect of this.  The counselor asked me, “How old was your son?” I said, “He was thirty-three years old.”  And she said, “From what I’m hearing from you, he was a wonderful son.”  I said, “Yes, he was an absolutely wonderful son.  We never knew that our son was suffering.  We never knew that he was angry after losing his first child; I never knew that he was angry with God.”  Then the counselor said, “What happened that day was a tiny slice of your son’s life.  When your mind goes there, take it back to the thirty-three years of wonderful memories that you have.”

That has been such a help to me, such a consolation to me, and that is what I do.  When my mind goes to the events at the school, I don’t ever stop it from going there.  I can never ignore what happened.  It will never go away because it was so devastating and lives are still being lived in hurt, sorrow, and suffering.  But it’s helpful when I remember that day and still shed tears, to then go back to the other years of my son’s life and flood it with wonderful memories because that’s what we had!  He wasn’t perfect, but he was a wonderful son.  And I just want to encourage anybody that’s going through a trial or a struggle to do that–to use that longer perspective because it’s been so helpful to me.

Have you been able to forgive your son?

Unforgiveness leads to self-pain, and I believe the Bible commands us to forgive.  There was no doubt in my mind that I would forgive Charlie.  However, the anguish I experienced was not easy to deal with.  Comprehending what he had done took days and weeks to absorb.  However, I knew that his actions came from unforgiveness.  And seeing what others experience without forgiving–I knew this was not an option for me.  He was my son, so full of love but blinded to the love of our heavenly Father.  I cannot comprehend how this happened and we did not see it.  Yes, I forgave my son. 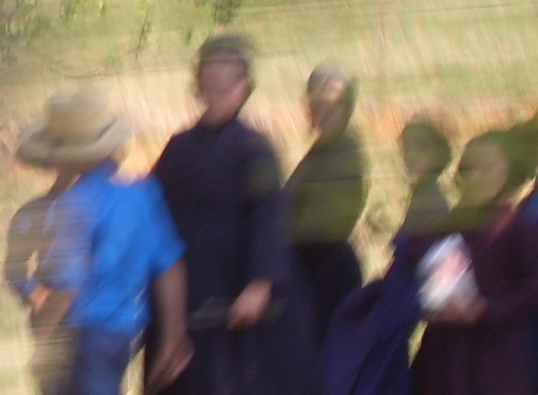 Earlier this week, Donald Kraybill was asked by two of the Nickel Mines fathers to meet and talk about the shooting, and what’s come after.  He shares:

October 2 marks the fourth anniversary of the tragic schoolhouse shooting at the West Nickel Mines Amish school, in southern Lancaster County, Pennsylvania. A local milk truck driver, Charlie Roberts, took ten girls (aged 6 to 13) hostage in a one-room Amish school and unleashed his anger toward God for the death of his firstborn daughter nine years earlier by shooting the Amish girls execution-style. Five of them died and five survived although seriously injured.

A few days ago I spoke with two of the fathers who have daughters that died or were seriously injured in the schoolhouse. They told me that four of the survivors have had a remarkable recovery and live fairly normal lives despite the psychological scars of this tragic event, which they will always carry.  One of these still has ongoing surgeries to mend one of her shoulders which continues to impair the use of one of her arms.

The fifth survivor, Rosanna, has not fared as well. She is still wheelchair-bound, tube fed, and is not able to walk or talk. She does respond to people with smiles and gestures. She has some relatively good days and other bad days which may be caused by internal pain which physicians have not been able to identify. When she is able, she attends a special public school for children with severe brain injuries. She requires continuous care. Neighbors, both Amish and English, provide assistance to the family. The mother of Charlie Roberts comes to Rosanna’s home about once a week and reads and sings to her.

The teacher and some of the older boys who were in the school that day have struggled with what psychologists call survivors guilt, as they continually rethink the event and consider all the things they might have done differently to prevent the events of that tragic day. As the old adage suggests, time does heal, but the memories of such a horrific event leave deep psychological scars that are not easily forgotten.

The parents of the children that were in the schoolhouse that day meet about once every other month for visiting and mutual support. These gatherings have facilitated the healing process and the sense of being surrounded by others with similar issues who care and support them. On the anniversary there will be no public memorial or service of remembrance. The parents typically meet informally together on a day close to the anniversary to visit and reflect quietly on how their lives have changed since that horrific day.

On the first anniversary, school was closed for a day, and on the second anniversary for half a day. But this year October 2 fell on a Saturday so there will be no special closing or activities at the school. Soon all of the surviving children who were in the school on October 2, 2006 will have completed their education. Some parents said recently that because of that the school will likely not be closed on any of the future anniversaries.  As time goes on all of the families have readjusted their lives back to their normal routines. Some have welcomed new babies into their family and life goes on. But the scars and the memories will always linger especially when the leaves begin to color as the fall turns from September to October.