Another Friday round-up of items from around Amish America:

Florida Haiti Auction is this weekend

The Florida Haiti Benefit Auction will be held this weekend in Sarasota.  Here’s your auction schedule, with events beginning Friday (that’s today!):

The auction location is the Sarasota Fairgrounds, about a 5-minute drive from the Pinecraft community.  The address is 3000 Ringling Blvd. Sarasota, FL 34237. You can find out more at the auction website.  Here’s video from last year’s edition:

If you live somewhere else and would like to attend a Haiti auction, here’s the schedule for this year’s events in other states:

Complaints of loads in Amish Kentucky

Amish in a small western Kentucky community have come into conflict with local government over manure left behind by buggy horses.

The Auburn City Council has decided to give the Amish community one more opportunity to deal with mess left by their animals, tabling an amendment to an ordinance which would require collection bags on buggies. From the article titled “Amish get one more chance to clean up” (Update: article no longer online):

The council brought the amendment to the animal ordinance to the table due to numerous complaints over several years of horse droppings on the city streets. The amendment is to drop “collect” from the law, leaving only “capture.” This would mean, if passed, the Amish community would have to have collection devices (bags) on their horses when traveling through town. This is to permit any droppings from hitting the pavement.

“It can be dangerous to put catching devices on trotting horses as they will kick and run,” said Amos Mast, one of the Amish at the meeting.

Auburn Mayor Mike Hughes stated that he had researched cities with similar ordinances and sees the capture device is attached to the buggy rails, not the horse. Mast noted the crosspiece between the rails doesn’t leave enough space for anything else. “Some of the horses’ legs hit the axle when they run. Walking isn’t an issue but running is,” said Mast.

Hughes reminded the Amish in attendance that he had met with most of the older gentlemen over a year ago about collecting the droppings, but there was still a problem.

Apparently this has been a problem for some time, with “numerous complains over several years”, and leaders apparently trying to work directly with the Amish community, but with little progress.

Are the Amish dragging their feet here, or is there a legitimate safety concern? Other Amish have suggested that stopping to clean up after every horse “event” would be dangerous.  The article suggests that the Amish themselves are conflicted over the issue.

There are two sides to every story, but the impression this article gives is of a council which is trying to be patient and work to solve a community concern.

Councilman Rex Evans said if the Amish could in good faith show that there is an effort being put forth it might make a difference. Evans made a motion to table the second reading of ordinance 2013-10, which passed with hesitation.

“I have a feeling we will be right back here discussing this issue again real soon,” said Kutzman.

Issues over horse manure are common, especially, it seems, in younger Amish communities where animal leave-behinds are a new feature on the landscape.  Yet one wonders why manure problems linger in some communities but are willingly addressed in others.  Does it have more to do with the people involved, the character of the community, or something else?

We started this post in the warm environs of south-central Florida, so let’s finish with a few shots of a climate those now in Pinecraft have (temporarily) fled.  These photos were taken by reader Ed in Lancaster County on various occasions. 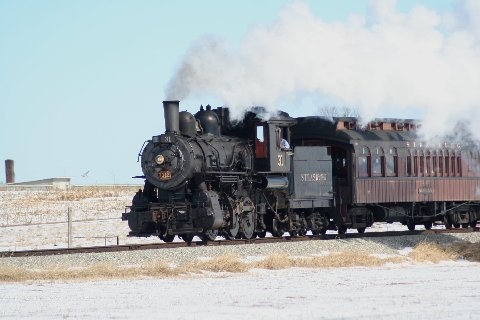 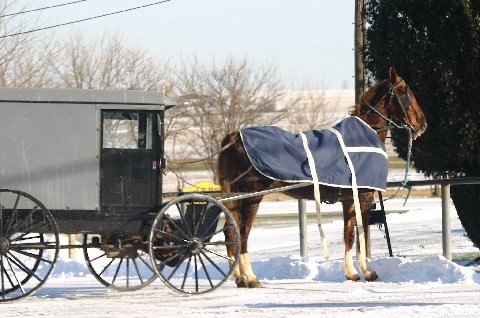 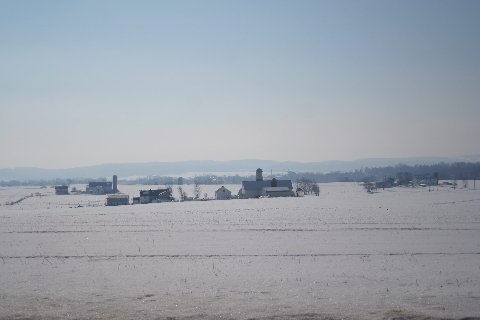 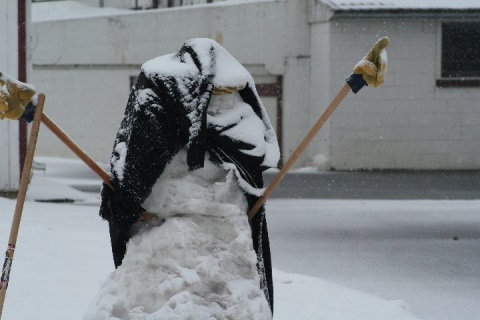 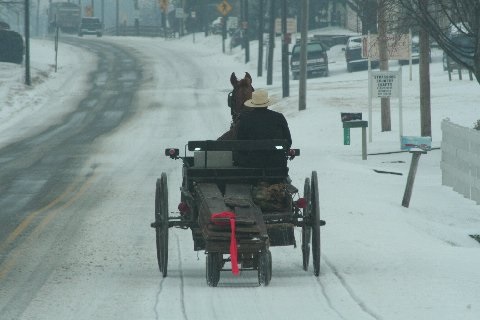 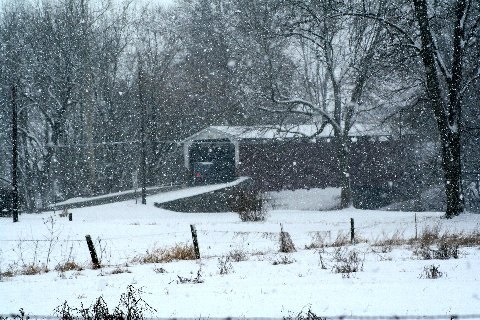