What do Amish eat?

Amish consume a varied diet, including homegrown and store-bought foods

In addition to home-grown and homemade foods, many Amish buy some pre-packaged foods in stores, and some may eat out in restaurants, sometimes as a treat, or more frequently if one’s occupation requires travel (as in the case of builders or market stand owners).

Nearly all Amish homes have a sizable garden, tended by the woman of the home with help from her children.  Sweet corn, celery, beets, carrots, potatoes, tomatoes, peas, and a wide variety of other vegetables are grown in the typical Amish garden.  Amish may have fruit trees or grapevines on their property as well.  Amish eat a lot of fresh foods in the growing and harvest months, and can large quantities of fruits and vegetables for the winter. 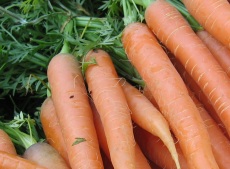 Large Amish gardens produce a variety of fruits and vegetables

Amish also may raise their own livestock.  Many Amish have laying hens which produce a steady stream of eggs.  Chickens may be slaughtered for meat.  Other Amish may raise pigs for the same purposes.

Depending on the level of technology permitted in a congregation, Amish may freeze large quantities of food, particularly meat.  Some Amish hunt, and deer and other animals killed while hunting serve as food sources for the family as well.

Amish dairies provide farm families a steady supply of milk and dairy goods, though even families without a dairy may have a “family cow”.  Amish often drink milk raw, and claim that it has health benefits, though selling raw milk to the public has been controversial in some states.

There are a huge amount of Amish cookbooks on the market, many produced with contributions of Amish women.  Amish make a wide variety of Pennsylvania-Dutch style foods, including pot pies, butter noodles, chicken corn soup, varieties of bologna, chow-chow (a pickled relish made from a variety of vegetables), chipped beef gravy, beets, apple butter, and other hearty foods based on staples such as pork, potatoes, and cabbage.

Scrapple, a meat product made from animal parts (typically pork), corn meal and flour, is also popular, particularly for breakfast.

Non-traditional foods are popular as well.  Pizza and Mexican-style foods are common, as are staples such as hamburgers and hot dogs.  Some Amish enjoy cooking out over a grill or fire, and more progressive Amish homes may feature modern grills.

The kitchen is traditionally the domain of the Amish female, and Amish men do minimal preparation of food. 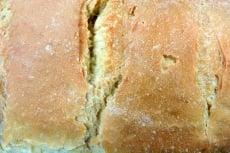 Amish bake a wide variety of goods, including desserts such as pies, cookies, cakes, and also breads.  Shoofly pie is popular particularly in Lancaster County.  Snitz pie, made from dried apples, is also featured at after-church meals in this settlement.  Shoofly and snitz pies are not commonly seen in Midwestern Amish settlements.  Rhubarb, blueberry, peach, and pecan are other common varieties of pie.

Whoopie pies, comprising two slabs of chocolate cake stuffed with sweet crème, are popular as well, as are fry pies, a pocket of crust stuffed with pie filling.  Some Amish operate bakeries which sell products to the public.  Baking is a common occupation for Amish housewives.

Amish buy foods from the store

Despite eating a large amount of home-grown food, Amish purchase food in stores as well.  Amish shop in a variety of places, including local dry goods and “bent-and-dent” bulk foods stores, as well as larger supermarkets such as Wal-Mart.  Amish buy breakfast cereals, breads, meats and cheeses, and other pre-packaged products.  Some Amish may drink sodas or have a fondness for junk food.  Others are very health-conscious.

Amish eating habits vary between individuals and even groups.  Most Amish, even those who do not farm, eat large amounts of dairy products.  But Amish diets may vary by community and affiliation.  Hurst and McConnell note that the generally lower income of Swartzentruber Amish often results in poorer nutrition.

Amish typically are not vegetarian or vegan, and eat meats such as pork, chicken, and beef.  Some meals may lack meat or feature cheese or eggs as primary sources of protein.

Consumption of alcohol and other beverages 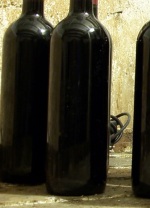 Amish alcohol consumption may vary by community and affiliation.  Some communities have a higher incidence of alcohol use, while in others it may be nearly non-existent.

Some Amish make their own wine, which they may drink in moderation for health purposes.  Wine may be made from fruits such as blackberries, raspberries, grapes, and even beets.  New Order Amish, however, prohibit alcohol use among members and youth.

Amish drink wine at the twice-yearly communion services.  Some may have a glass of wine at weddings.

As for other beverages, Amish typically drink water, milk, garden tea, and sometimes juices or sodas with meals.  Coffee is popular among Amish, and is typically taken unsweetened and without cream.

Sunday meals may vary as well.  As mentioned above, Snitz pie is common in the Lancaster settlement, while Amish in the Midwest may serve different varieties of pie, or cookies, brownies and baked goods.  Swartzentruber Amish traditionally eat bean soup from a common bowl, accompanied by beets, pickles, and bread.

The move away from the farm and into business and non-farm occupations has likely resulted in Amish eating more store-bought, pre-packaged foods, and also for an increase in eating in restaurants.  Boyd and Wurthmann’s in Berlin, or Mrs. Yoder’s in Mount Hope are two restaurants in the Holmes County community frequented by Amish.

The diets of some Amish now include restaurant food

Amish construction workers may purchase breakfast sandwiches from a gas station or other venue on the way to the jobsite.  A trip to McDonald’s or Burger King with children may be seen as an occasional treat.  Just like other businesses in Amish areas, local restaurants accommodate their Amish clientele.

The McDonald’s in the Amish-settled area of Sugarcreek, Ohio, features buggy parking, as does the Pizza Hut in Lagrange, Indiana.  Some Amish may criticize the practice of eating out as wasteful and symbolic of a more worldly lifestyle.

The Amish diet has changed

Amish continue to eat large amounts of fresh and low-processed foods, especially in comparison to the typical American diet.  Amish appreciate good food, and Amish housewives spend much time and labor in preparing foods for the family.

However, Amish diets have changed with the shift away from agriculture.  Hurst and McConnell note that one result of Amish eating out more due to changes in occupation has been “the introduction of more additives, preservatives, and processing into their foods” (Paradox, Hurst/McConnell, p233).

There’s one part of the Amish diet we only touched on – canning. You might enjoy our photos from an Amish housewife’s basement. With 9 children, she’s well stocked with all sorts of canned goods. Or, you might be wondering which are the best Amish restaurants. We’ve also had a lively discussion of the tastiest Amish desserts. Monster cookies, snitz pie, date pudding, sawdust pie, yum…