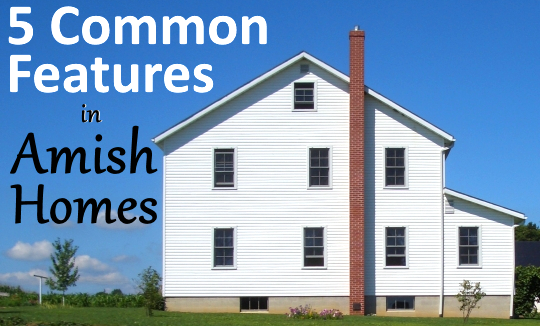 Last week’s look inside an Amish home drew quite a few comments, here on the website and on our Facebook page.

Some of you felt the home was beautiful. One commenter “love[d] the simplicity.” Others felt the home looked “a little fancy for Amish”.

It made me realize we all have different ideas of what an Amish home “should” look like. 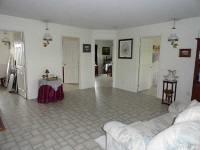 The Amish, as tends to be the case, don’t always follow the script.

For example, there is quite a difference between an austere Swartzentruber home interior and the fancier New Order Amish home we featured last week.

Which one is really “Amish”? There are different ways of being Amish, so the best answer might be “all of them”.

That noted, there are common features you’ll find in most Amish homes. Here are five.

Note: Amish homes are not all the same. Some are plainer and others fancier. The features here are general ones which you should find in many, but not necessarily all Amish homes. In some cases below I’ve noted alternates for plainer homes.

Linoleum is inexpensive and durable, and comes in whatever design or color you like, including “plain”, or “plain-ish”. It’s relatively easy to install, and it’s easy to clean.

Amish use linoleum everywhere, from the bathroom to the kitchen to the living room to bedrooms. 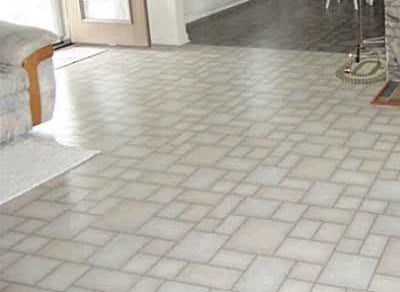 Linoleum won’t be found in every Amish abode, however.

Examples where it’s absent include the houses of Troyer Amish and Swartzentruber Amish.

As Karen Johnson-Weiner notes, floors in the homes of the latter are unvarnished hardwood (see New York Amish: Life in the Plain Communities of the Empire State, p. 61).

The farm home of one of my Amish friends is actually two homes in one.

A common parlor room links the two households. Doors on either end of this central space can be opened, leading into the living area and kitchen of each home.

When the doors are opened, it creates a huge space. Like half a football field long.

Okay, maybe not that long, but it’s a distance. You can look across from the very end of one house to the very end of the other. The space created easily accommodates the dozens of youth when they host singings. 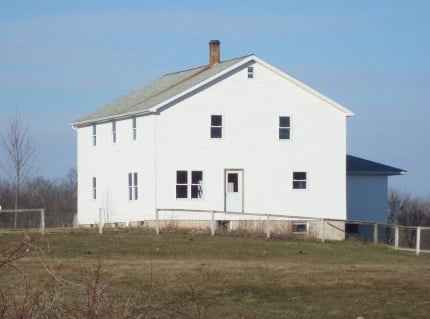 In this case, the roughly two-century-old home was originally English-owned, so I’d assume not built by Amish (Note: the photo above is of a different home).

But a similar principle, of large spacious areas, applies in new Amish construction. This didn’t hit me until my father, who had a builder’s eye, visited Amish homes with me and observed how wide open the rooms felt.

I believe Amish like spacious areas for a few reasons. Obviously, with larger families, larger gathering spaces are needed. They also allow a single light source (or two) to illuminate a larger area.

Lighting varies among Amish. Propane or natural gas lighting is used in many homes. Propane lanterns may be hung from hooks in the ceiling, which in turn is protected by heat shields.

Larger mobile units (pictured below) include a propane tank and wheels which allow them to be easily moved to where light is needed.

And in some homes, such as the one we saw last week, the lighting system is incorporated into the home itself, with fixtures built into the walls in each room. 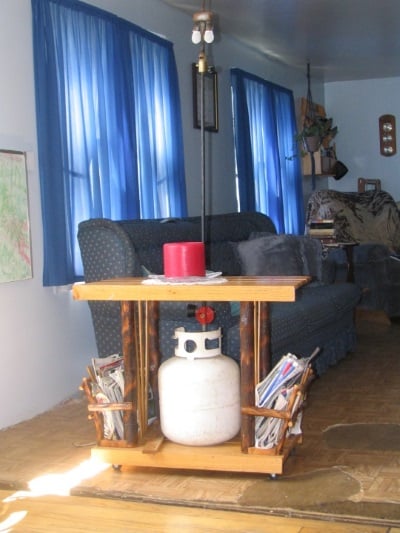 More conservative Amish rely on oil and kerosene lamps. Amish in this category include the Swartzentruber Amish or the community at New Wilmington, Pennsylvania.

These produce a dimmer glow than the above, but also less heat, which can be a plus or minus depending on the season of the year.

But sometimes, you might see regular electric light switches on the walls of an Amish home. Why?

The home you’re in was previously English-owned. You can flip them if you like, but don’t expect much to happen (yes, you know I’ve tried more than once 🙂 ).

Besides the above, you’ll also find a variety of battery-powered lighting, including flashlights, and LED lighting in some homes.

On the outside, the refrigerator we saw in last week’s photos looked like any you might see in a non-Amish home. However, the ones in Amish homes are powered by propane or natural gas.

These are made by at least two companies I’m aware of–Crystal Cold of Arcola, Illinois, and E-Z Freeze, based in Shipshewana, Indiana. They’re marketed to non-Amish buyers as well as Amish. 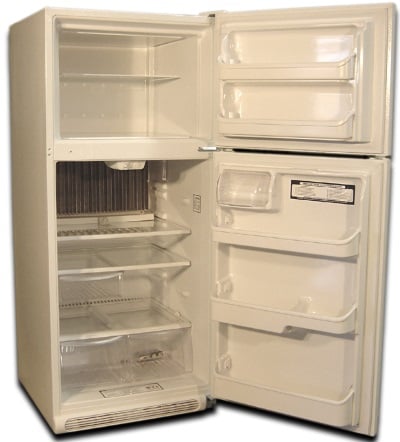 In Amish homes where they’re not permitted, ice-based cooling is used.

We have recently seen examples of ice houses and ice harvesting in some settlements. In other communities, such as Geauga County, commercial ice services are popular.

Basements provide a number of very useful functions in Amish homes. Here are some: 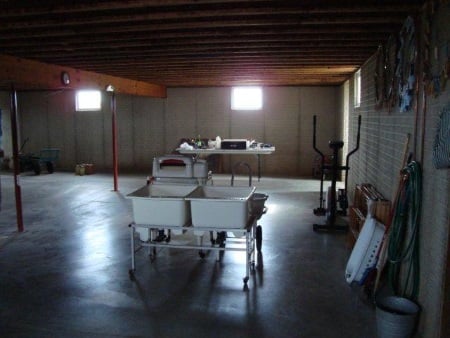 No matter how you slice it, basements are handy. They’re even good for a quick workout, as you can see in the photo above.

What other features have you noticed in Amish homes?