Four Amishmen have asked the highest court in the land to consider their case, in a long-running dispute over “gray water” disposal. Attorney Brian Lipford filed the petition on behalf of Amish members of a Minnesota Swartzentruber community. Via the Rochester Post-Bulletin:

In a petition filed on Jan. 20, 2021, by attorney Brian Lipford, Ammon Swartzentruber, Menno Mast, Amos Mast and Sam Miller ask the high court to consider two questions under the Religious Land Use and Institutionalized Persons Act: Does the government have a compelling interest in regulating the disposal of “gray water,” which includes laundry, bath and dishwater; and, is a septic system the least restrictive method when 20 states allow mulch basin systems?

“This rejection of modern technology is critical to their way of life; if they are forced to choose between their beliefs and the farms that provide their livelihood, they will choose their beliefs,” the petition states. “That is the choice the government is forcing upon them.”

This matter dates to 2006, when a compliance inspection was performed on the Amish homes in Fillmore County. The issue re-emerged in 2013, and after years of back-and-forth, the Amish filed a suit in 2017, in which they lost both the original case and the subsequent appeal. 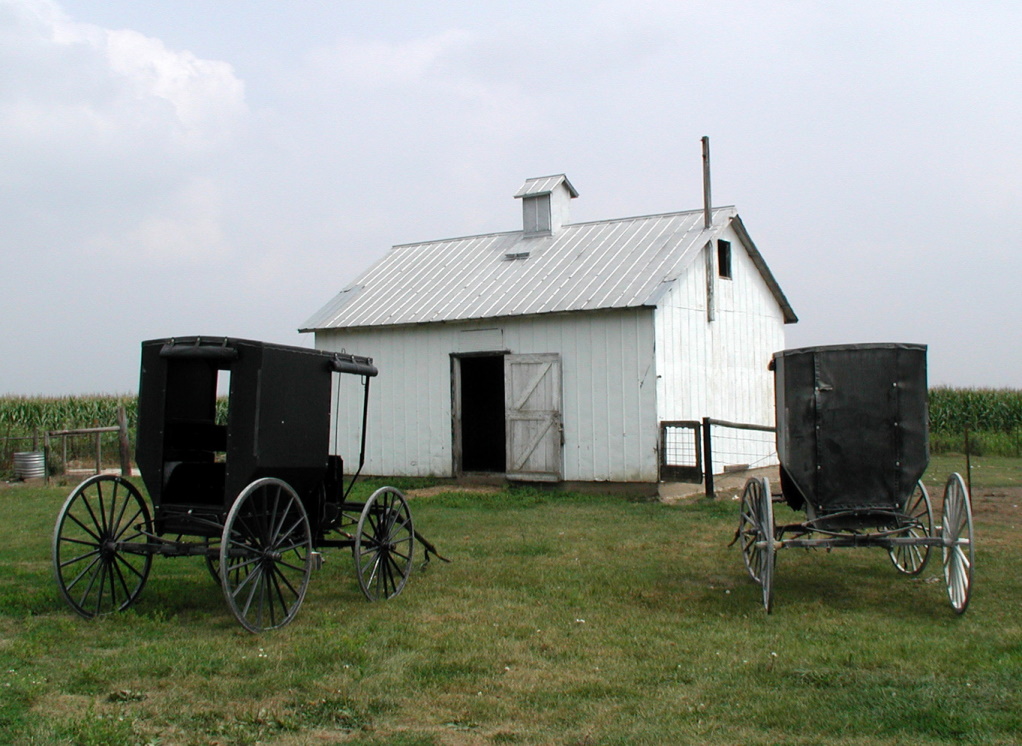 Naturally, people wonder why the Amish in this case have objected to the point of filing a lawsuit, which Amish as a rule rarely do. I wrote this on the news of the original case:

Amish in certain places have put their feet down when a government requirement attempts to force adoption of a practice or device which goes against their Ordnung or just their sense of staying within their tried and true ways. You saw this in the objections over smoke detectors which played out in New York and Wisconsin. Amish in Hardin County, Ohio were long embroiled in controversy over outhouses and waste disposal. In January, a Pennsylvania Amish family lost a court battle over connecting to an electric-powered municipal sewer system.

It usually doesn’t go to the level of the Amish initiating a lawsuit. But apparently the Amish in questions saw that as the lesser of the two evils. Amish in theory (and in practice, for the most part) do not file lawsuits as they see them as violating their stance of non-resistance.

So why take that monumental step of filing a lawsuit? Perhaps the Amish here fear that if they give in on one item, then more change and gradual erosion of their way of life, communities and churches is sure to follow. Perhaps they resent being told to change by outsiders. Perhaps the new system makes no sense to them. Perhaps it’s a mix of many things.

Karen Johnson-Weiner, who served as an expert witness for the Amish plaintiffs in the original case, gave us further context in a 2019 Q-and-A. Here she is discussing why they have taken such a strong stand:

For the Swartzentrubers, the installation of septic tanks constituted a change that was incompatible with their religious beliefs. It’s difficult for non-Amish to understand, but the change that installing septic systems would make in Swartzentruber life was, to Amish eyes, considerable.

It’s not the expense or the size of the tank that they objected to (although Fillmore County requires a larger tank than the state does); rather it is the departure from a way of life sanctified by tradition. Various community members told me that since God’s laws don’t change, those who follow them shouldn’t either.

Others suggested that installing septic tanks for gray water was the first step down a slippery slope, and that if they made this change, they would soon be called on to make others. Finally, more than one suggested that “Ordnung came first,” and that the State was being unfair in suggesting that a new law should take precedence over Ordnungs tested by time.

The Amish were willing to seek a compromise, an alternative method of waste water disposal that would meet government goals without requiring a change in lifestyle that would violate religious beliefs. At the trial, an expert witness on gray water disposal, Dr. Laura Allen, testified to the efficacy of a “mulch” system currently in use in many of the western states. The Amish indicated their willingness to use this system, and several had already begun using it. Despite its widespread acceptance, however, the mulch system was not acceptable to the authorities.

The men asked the U.S. Supreme Court to hear the case after they were declined by the Minnesota Supreme Court. Two religious organizations – The Jewish Coalition for Religious Liberty and the National Committee for Amish Religious Freedom – have since filed a brief backing the Amish petition. In the latest news, the Supreme Court asked the Minnesota Attorney General’s Office to respond to the petition.

The Supreme Court chooses to hear only 100-150 of the roughly 7,000 cases it’s asked to review annually, according to reporting by the Post-Bulletin.