Amish in Wisconsin will no longer be required to install smoke detectors in their homes after a new exemption was signed into law last week.

You may recall that Amish in Eau Claire County, Wisconsin had come into conflict with authorities after failing to secure building permits which would obligate them to install smoke and carbon monoxide alarms. 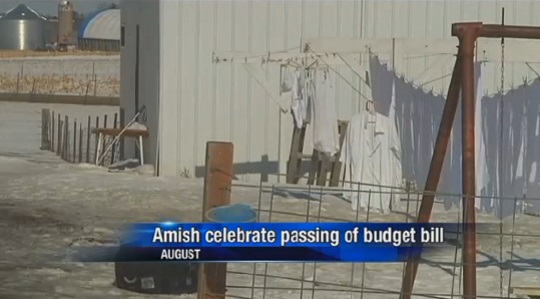 Some Amish in the area had been evicted, while some had resorted to removing the detectors post-inspection to get around code requirements.

Thanks to the efforts led by State Representative Kathy Bernier, a new exemption has been placed in the state building codes as part of the state budget which the governor signed into law last week. From the Eau Claire Leader-Telegram:

Over 50 Amish people were on hand to celebrate the exemption at an ice cream-and-pie social. You can see footage of the event and hear from Bernier in the video report from WQOW TV:

Update: Unfortunately the video embed has stopped working. You can view it at WQOW here. 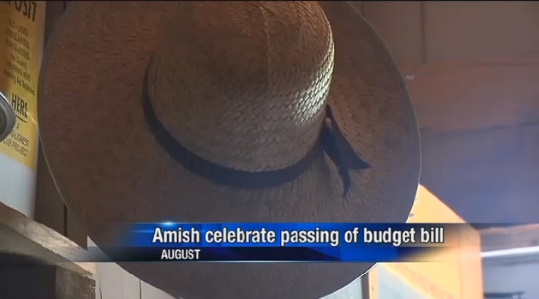 Smoke detectors arise as an issue among the plainest Amish groups from time to time when local building codes require them.

Some object to use of the safety device as betraying a lack of faith in God. As a hint of how some feel, one Amish man described the technology as a “devil on the wall“.

Another smoke detector conflict was resolved in 2012 in Morristown, New York after Amish and authorities came to an understanding that the detectors did not have to remain in the home after passing inspection.

Another Amish legal conflict is playing out right now in Logan County, Kentucky.

Amos Mast along with his son Dan were cited in April after violating an Auburn city requirement to have manure collection devices on their horses.

The men refused to pay their fines, and after temporarily avoiding imprisonment, were heading to jail, according to the most recent report (July 9).

Updates are lacking, but based on the info in that report, Amos Mast would serve a total of 20 days, with his son imprisoned for 10.

The conflict, which we first noted here in 2014, has been ongoing for several years. This is the same area in which Amish faced legal troubles over refusal to use the orange buggy safety triangle in 2012.

On the manure troubles, Amos Mast says that “I have a friend but we’re not allowed to hire a lawyer, we’d be enforcing the law then if we did. Our law is the Bible.”