A Visit to the Amish of New Wilmington, PA (19 Photos)

Don Burke, who last month shared with us a visit to the Amish of Ethridge, Tennessee, is back with photos from the community at New Wilmington in western Pennsylvania. 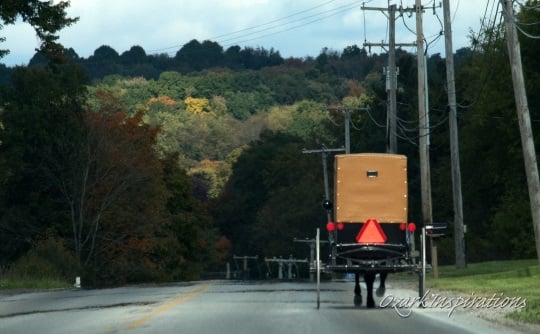 This time, Don’s wife Pam joins him for a little commentary on their visit.

I’ve had the chance to visit New Wilmington a couple of times, the first time 10 years ago. I made it the topic of one of this site’s early posts. 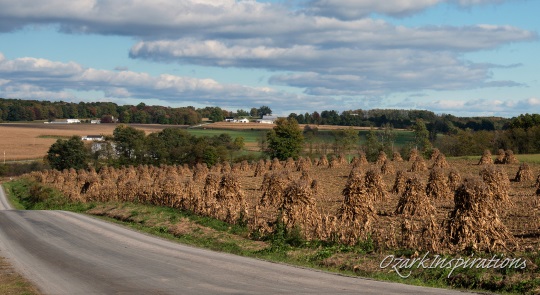 In that post I included a bit on the settlement’s history (founded in 1847 by nine Byler families; as you’d expect the surname is common here today), and shared these statistics which I’d found in a (then-recent) 2003 church directory:

As Amish settlements tend to do, this one has grown in the ensuing years (while not in the top 12, it’s one of the largest).


The 2017 Raber’s Almanac has New Wilmington at 19 church districts in size; could they be around 2,500 strong now?

Since then we’ve had several other posts on this settlement, including on Teena’s Quilt Shop (which Don shares photos of below), a shot from outside a school Christmas program, and on a local benefit auction.

I’ll let Don and Pam take it away now.

Don: In 2016, after 34 years of public school teaching, my wife (Pam) retired. This meant that we were finally able to make a long-awaited autumn trip through New England. And what’s a New England trip without a few stops in Amish country along the way?

We were wrapping up a short stay in the white-top and yellow-top buggy region of Big Valley, PA, and started towards home. At the last minute we decided to add a very short side-trip to the brown-buggy Amish of New Wilmington. 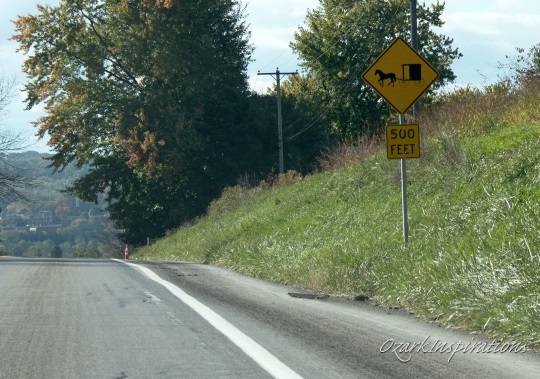 Pam: We drove into New Wilmington and weren’t sure where to go to find the local Amish community. After a little driving, we saw a buggy – our first time to see the brown-topped buggy – and followed the direction it went out of town. 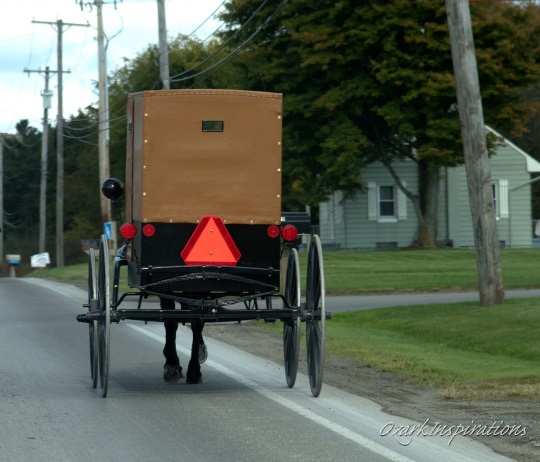 As we drove down the highway, we began to see some evidences of Amish life – more buggies, signs for Amish businesses, laundry on the line or porch, Amish farms and equipment, and purple martin birdhouses common to Amish life. 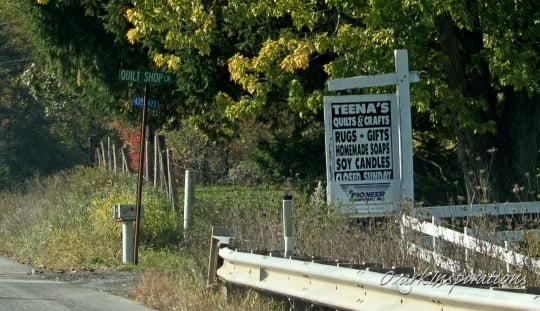 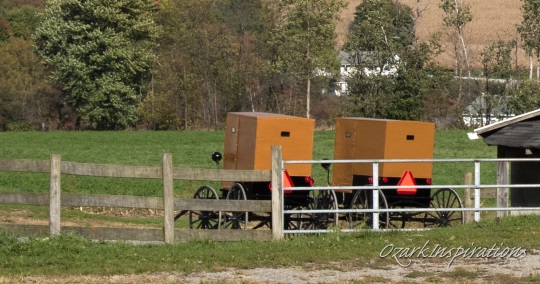 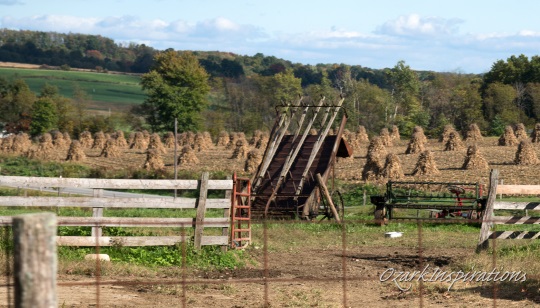 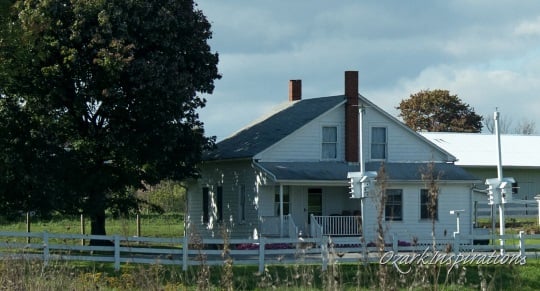 At one house, we saw a couple of small Amish boys playing around the front steps to the house. 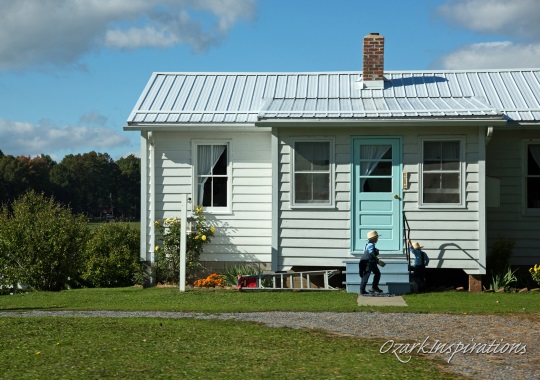 At another, there was an Amish woman working in the yard. 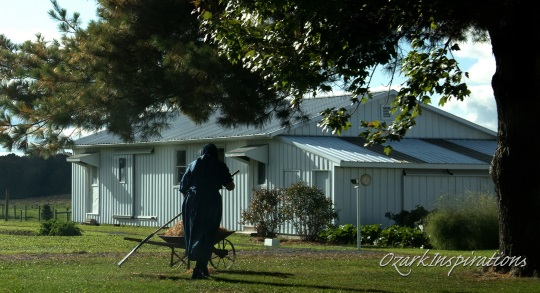 At one side road, I saw the kind of sign I’m often looking for in Amish communities – one offering baked goods. It gave the days and weeks of operation, and we were there on the right day.

So we turned and followed the sign. As we approached the home, an Amish gentleman – presumably the husband/father – was moving a team of horses from his house to his neighbors. 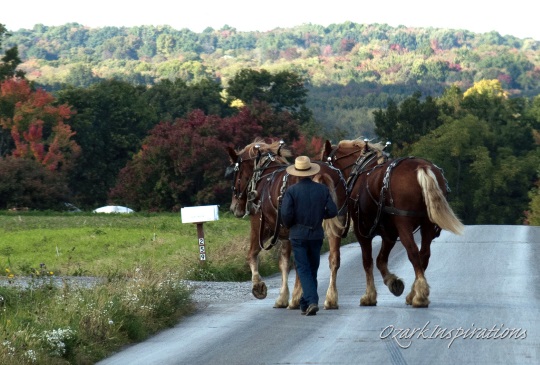 We drove on up to the house, where we were greeted by the wife/mother of the home and her daughter, who was probably 8 to 10 years old. They had baked goods on display on their porch. They also had some aprons and other items for sale. 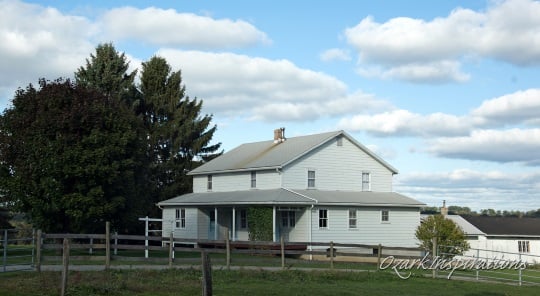 We visited with them a few minutes and bought a couple of containers of cookies. While we visited, they pulled out a spiral notebook and told us that they liked to keep track of where visitors were from. I think we might have been their first from Missouri. 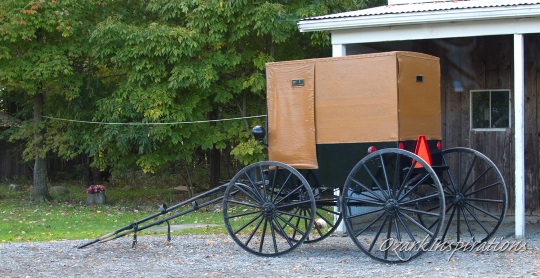 During our conversation, Don mentioned that this community was the first where we had seen the brown tops and asked if there was any particular significance in that. Her answer was basically, “No, that’s just the way we do it around here.”

Don: Without a doubt we normally have a better visit when we do a little research and know what we can about the community beforehand. When possible this includes getting a copy of the settlement’s map from the Amish Directory of that state or region. 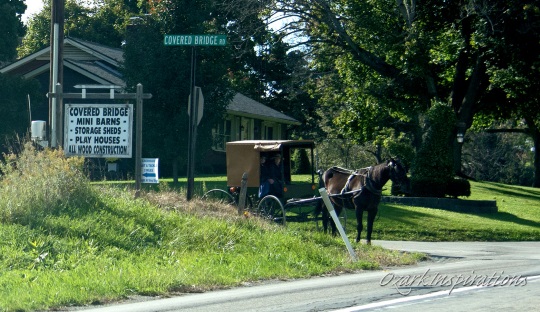 But as our experience here shows, even for a last-minute decision to go without any directions at all, if you just watch for the signs (figuratively and literally) rarely will you go away without seeing something that makes the trip worthwhile.