How are Amish communities organized?

Amish society is ordered by church district, settlement, and affiliation

Amish church and community circles intersect and overlap in numerous ways. When discussing Amish communities, you may hear the three terms district, settlement, and affiliation used.  These terms refer to three distinct ways in which Amish society is ordered.

The term affiliation describes like-minded Amish who adhere to similar Ordnung, or church standards.  Amish of the same affiliation, or “order”, are said to be “in fellowship” with one another.

While all Amish adhere to certain tenets such as adult baptism and non-violence, there are variations in the Amish approach to technology, manner of dress, and even spiritual issues.  Amish tend to fellowship with others in their affiliation, and with Amish sharing similar levels of technology and outlook.  Amish not in fellowship with one another will not formally worship with one another and do not exchange ministers for purposes of preaching.

An affiliation may be quite conservative in its outlook (Nebraska Amish) or rather progressive (New Order Amish).  There may be very distinct differences between affiliations, which would not be immediately noticeable to outside observers (but quite obvious to Amish themselves).

Amish of different affiliations, though exhibiting differences in areas such as technology, may choose to fellowship with one another, as in the case of the Andy Weaver Amish of Holmes County, Ohio, and the Lancaster County Amish.

Settlement describes the geographical location where a group of Amish is found.  Arthur, Illinois, or Holmes County, Ohio refer to Amish settlements.

Amish organize themselves in districts, usually consisting of approximately 30 families who all adhere to a common Ordnung, or set of rules and guidelines for living. 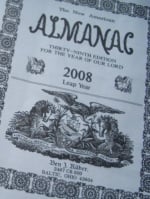 A district is typically headed by a bishop, two or three ministers, and a deacon, each of whom has a distinct role in the church.  In some communities, such as Lancaster County, one bishop will lead two separate districts.

The church district is the spiritual center of Amish life.  An Amish individual attends church with the families in his district and these tend to be the people he knows best.  Districts in a settlement may have Ordnungs that differ in minor to significant ways—even districts which are geographically adjacent to one another.

The Riddle of Amish Culture, Donald B. Kraybill, pp 13-14

Leave a reply to How are Amish communities organized?