Colorado saw its first Amish communities in the early 1900s. Amish have never had a significant presence in the state, however. But a slow-but-steady pattern of settlement dating to the early 2000s may change that. As of 2021, the state is home to six Amish communities.
Updated January 2022 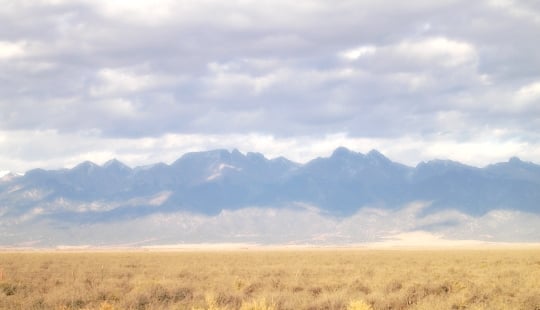 New Amish Migration to the West

Population pressures in heavily-settled eastern communities have long caused Amish to seek new opportunities to cheaply acquire farmland. Outside of their homelands in Pennsylvania, Amish have found prime areas for settlement in the Midwest and have also settled in the South (Tennessee, Kentucky) and North (Maine, New York, Ontario).

Western states first attracted settlement in the 1800s, with Amish communities since founded–and later disbanded–in states including Arizona, New Mexico, and Oregon (Settlements That Failed, David Luthy). Colorado is another state that has found itself in this group, but unlike those previously mentioned, it has slowly built and maintained an Amish presence. 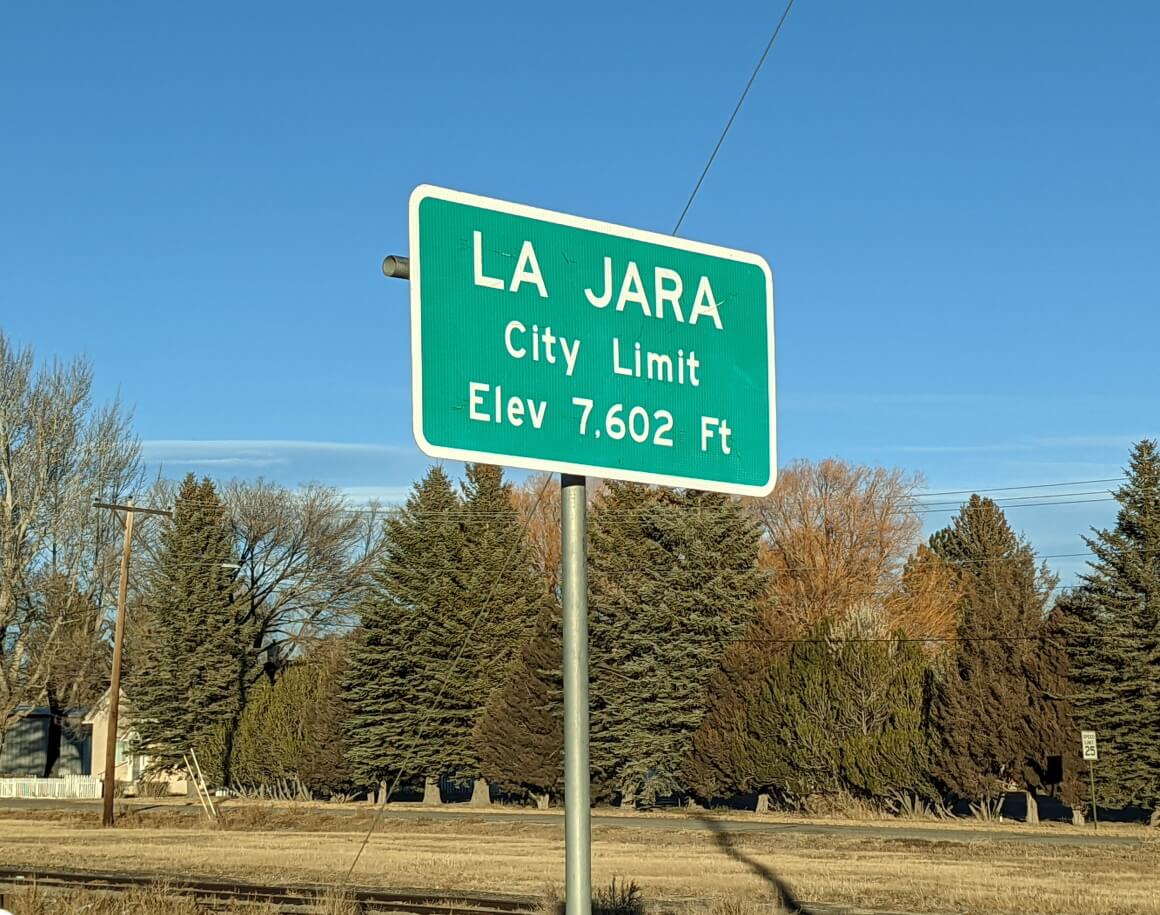 Over the past two decades, Amish have moved into Colorado from both East and West, from communities in states such as Missouri, Montana, Indiana, Oklahoma, and Ohio. The oldest of the current Colorado settlements came about in 2002 in the area of Monte Vista in the San Luis Valley.

The Amish in Colorado have focused settlement in two main areas in Colorado – in the San Luis Valley in Southern Colorado, described as “roughly the size of Connecticut” in a Denver Post piece on the communities – and in the area east of the Sangre de Cristo mountain range. 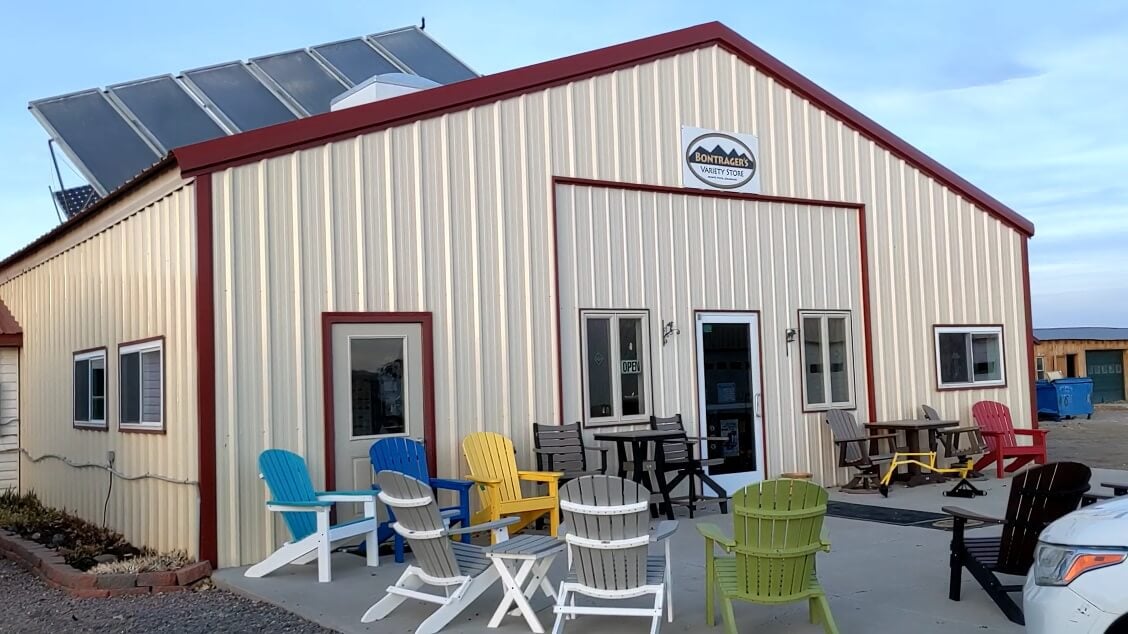 Colorado’s largest and oldest community is found at Monte Vista in Rio Grande County. Founded in 2002, the Monte Vista settlement today numbers three church districts. Settler Magdalena Troyer described the attraction which inspired the move from her Missouri Amish community to the Centennial State: “We had been wanting a little more room, a change in the environment”…”There was a pull to move to the wild West, I guess you’d call it” (Denver Post). The Monte Vista settlement counted over 300 Amish residents as of 2021. Amish here cite the natural beauty and climate as draws to the area. Some come for health reasons. The drier conditions present a challenge for farming however, while land prices in the valley have risen considerably since the settlement’s founding.

Other communities include the one at La Jara in Conejos County–also described as the Manassa/Romeo community. This settlement numbered around 165 people in 2021, making it the state’s second-largest. Like Amish elsewhere in Colorado, those in Conejos County derive income from a variety of sources. Some even do piecework for a luxury bootmaker whose product is shipped to Japan and Germany (Denver Post). 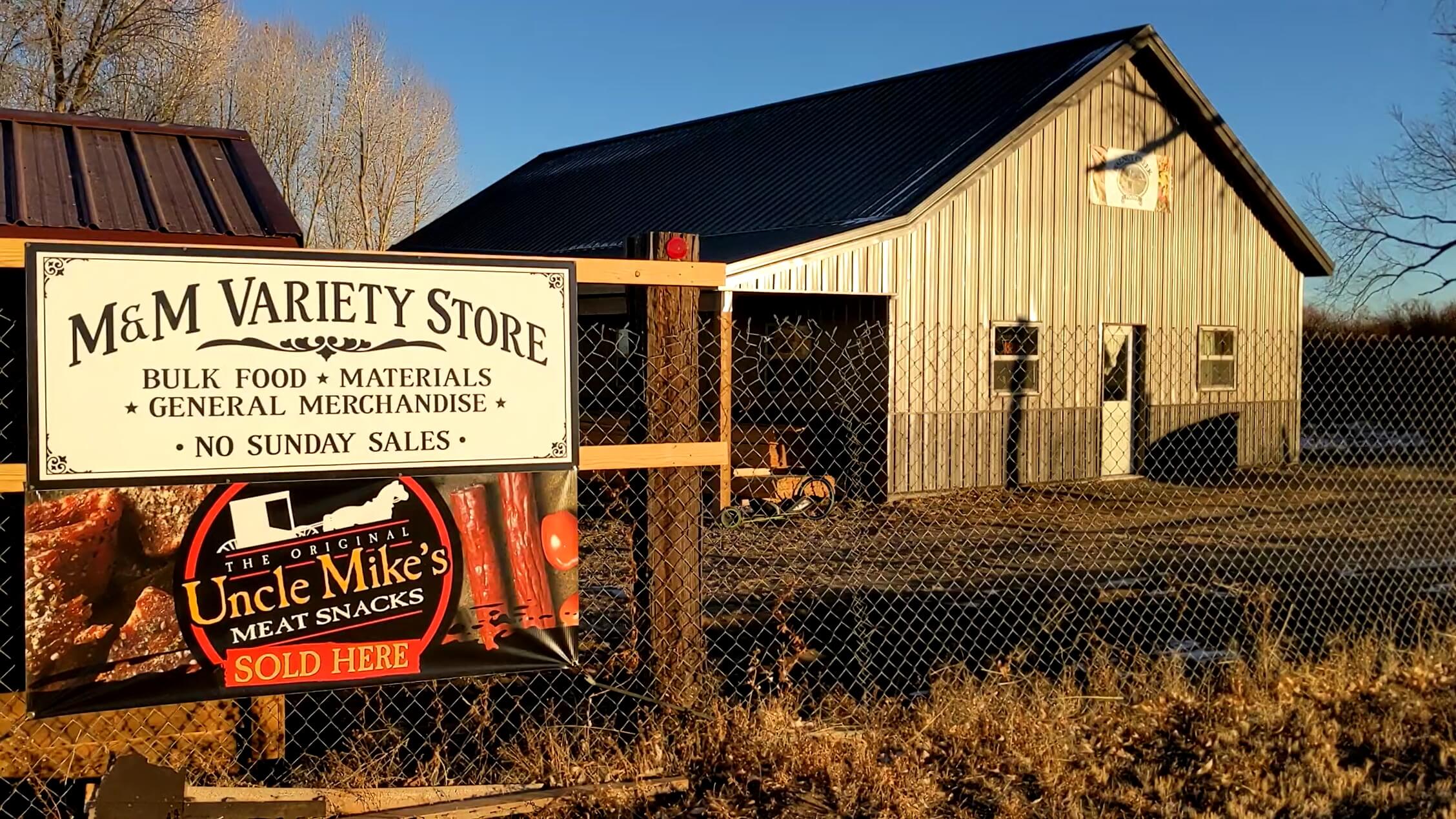 The settlement at Westcliffe in Custer County was founded in 2008, and stands at around 110 residents over a decade later. The community’s founding can be traced to horse trainer Enos Yoder, formerly of the Bloomfield, Iowa Amish settlement.

According to a 2010 LA Times piece on the community, Yoder had originally visited the area to deliver horses, and “couldn’t get the isolated, unspoiled beauty out of his head.” A few years later, he moved his family to the area (“Westward ho for Amish”, Los Angeles Times, Jenny Deam, June 1, 2010). Among the trades and businesses done by Amish in the area, you’ll find Yoder’s furniture store, selling furniture supplied by Amish from Ohio. 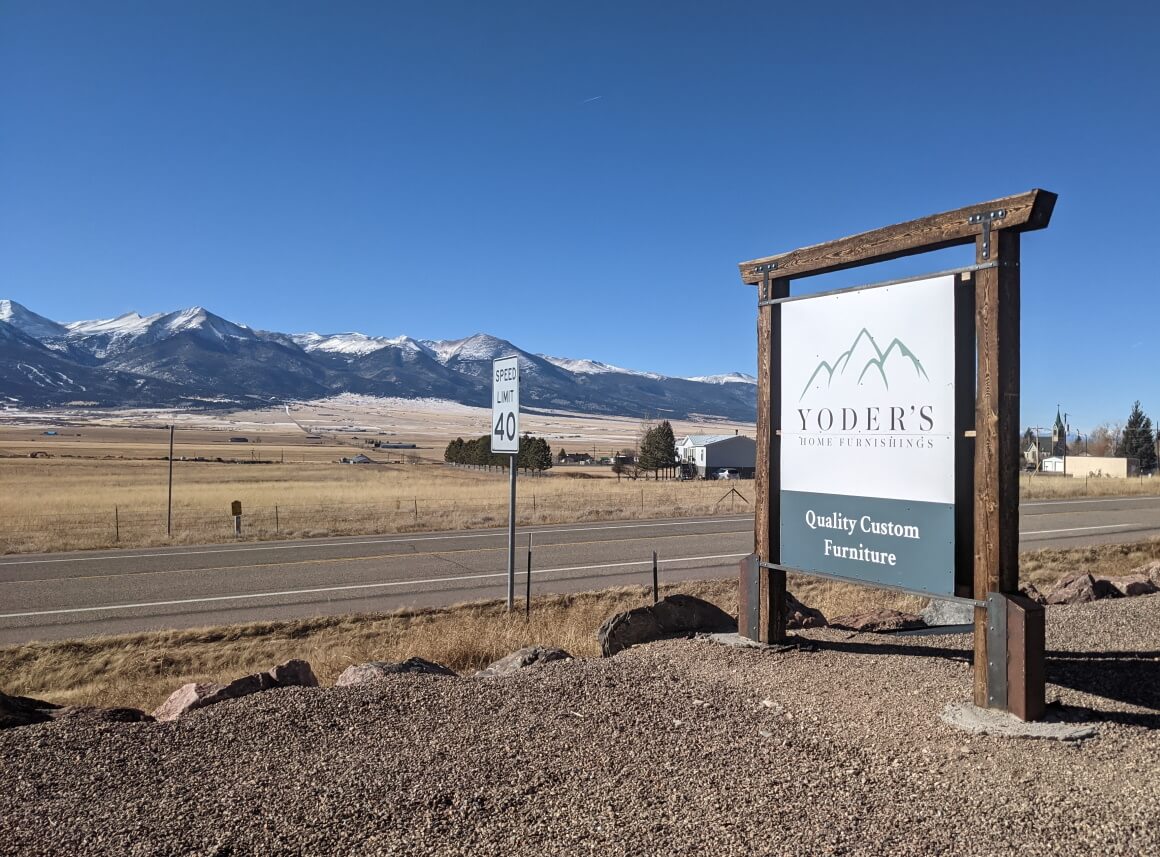 Yoder’s Home Furnishings in the Westcliffe, Colorado Amish settlement. In the background the Sangre de Cristo mountains are visible

Other Amish communities can be found at nearby Hillside, along with two fledgling settlements at Wetmore (Custer County) and Crawford (Delta County).

Colorado has gotten a spell of recent attention as a number of new Amish settlements have been founded by Amish mainly from the East. Interestingly, a similar phenomenon occurred around 100 years ago when Amish founded three Colorado settlements within 2 years. For various reasons, none of these communities lasted much longer than a decade.

Though it is likely scattered Amish may have lived in the state prior to formally founding a community, the first bona fide Colorado Amish settlement was founded in Elbert County in 1909 near the town of Limon (itself in Lincoln County) (see The Amish in America: Settlements that Failed 1840-1960, David Luthy).

David Luthy reports that over the years of its existence, the Limon settlement struggled with church dissension and lack of ministry, with the community’s Amish writing letters to the Sugarcreek Budget entreating other ministers to visit to hold church. Services were sporadic and communion was not held for much of the existence of the settlement. Some Amish from this community ended up becoming part of a Mennonite congregation, while the last Amish had left by 1920 (Settlements that Failed, pp. 49-55). 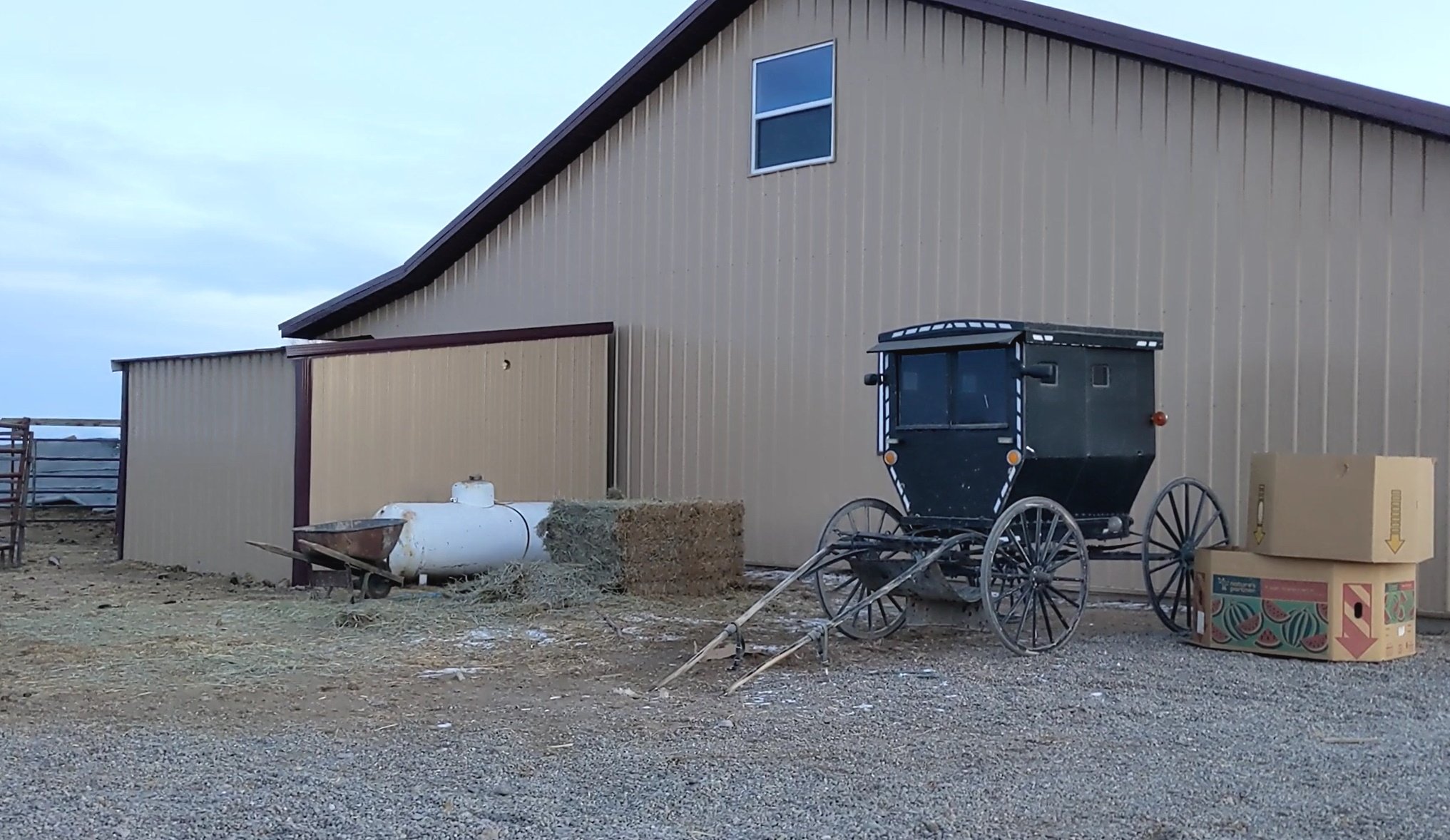 A buggy parked outside a building in the Monte Vista, Colorado Amish community

A second settlement, and the shortest lived of the three, was started in 1909 near the town of Wild Horse in Cheyenne County. “Colorado fever” had struck Amish in existing settlements in places such as North Dakota and Oklahoma, and Amish began arriving by the train car-load, with at least 30 settlers and their families coming to live in the eastern Colorado county.

Unfortunately, the Wild Horse Amish faced a number of challenges including drought, prairie fires, wind and hail storms, and disease. Soon after the settlement was founded, Amish were already moving away – even as newcomers continued to arrive.  The last Amish household had folded and left by 1914. Luthy speculates that “Perhaps no other Amish settlement grew so quickly and died so soon as Wild Horse, Colorado.” (Settlements that Failed, pp. 55-59).

The third settlement, that near Ordway in Crowley County, was originally intended to be be located near a town named Dayton. Dayton is today remembered as a “dream town” – a planned settlement organized and promoted by land agents, but which never materialized.

Luthy notes that due to the influx of Amish into nearby Cheyenne and Ebert Conties, land agents decided to target Amish as well. In contrast to those settlements, however, the Ordway area was well-irrigated and more promising in terms of the range of crops which could be grown, as the area supported a variety of fruit trees and vegetables.

Luthy explains that in operating their farms “it was common for the Ordway settlement to get seasonal workers from other Amish settlements, especially the group living near Wild Horse”. Alfalfa, sugar beets, and cantaloupes were among the cash crops grown by Amish here. Over time, the settlement dwindled, and by 1917 had ceased to exist. This was due to two problems that proved formidable: irregular irrigation, and typhoid fever (Settlements that Failed, pp. 59-65). For more, check out this article on the Ordway Colorado Amish settlement.

The early Amish settlements in Colorado all failed soon after founding. Amish churches are subject to a number of pressures including financial pressures, lack of ministry, and religious differences. How will today’s Colorado Amish communities fare long-term?

The area with Colorado’s largest concentration of Amish, the San Luis Valley, is known to be an economically-depressed region. Additionally, farming is not such an immediately viable option, with only a fraction of the rain as received in most eastern Amish settlements.

However, with improved technology, and the rise of alternative occupations such as small business and working for non-Amish employers more common, Amish communities in Colorado’s San Luis Valley look to have a better shot of surviving than their predecessors from a century ago. Amish in other regions of the state have also proven themselves to have staying power, despite living far from most other Amish settlements. Two decades after the first of the current Amish settlers first arrived here, it seems that the Amish presence has proven itself to be longer-lasting than prior attempts to settle the Centennial State.

“Amish Population in the United States by State and County, 2021” (https://groups.etown.edu/amishstudies/files/2021/08/Amish-Pop-2021_by-state-and-county.pdf)