The Wisconsin Amish population is the fourth-largest in North America

With a population of over 15,000, Wisconsin has fewer Amish than only Pennsylvania, Ohio, and Indiana.  The Wisconsin Amish population is spread over nearly four dozen settlements across the state, and a total of 120 church districts (Young Center, 2010).

Cashton is the largest Wisconsin Amish community.  Founded in 1966, the settlement had grown to 13 churches as of 2009 (see Amish Settlements Across America: 2008, David Luthy, for dates of founding and some church district numbers). 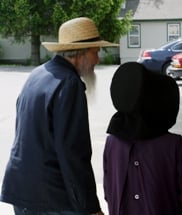 Amish do business in the town of Cashton, Wisconsin

The Cashton Amish community is a conservative group.  Cashton Amish do not use indoor plumbing for bathrooms, and will have only cold water in homes.

Cashton is a very farming-oriented community.  Amish farmers supply milk for a local cheese factory.  There are also some Amish-run businesses, many operated as sidelines.

These include three hat shops, three buggy makers and a shoe store which keep the Cashton Amish supplied with clothing and transportation.  Additionally, cabinet makers, metal shops, bulk food stores, a hardwares store and a clockmaker are found among Amish businesses in the Cashton community.

Cashton Amish have ties with the Hillsboro Amish community.  Amish from Cashton have also started at least one daughter community, in southern Illinois. 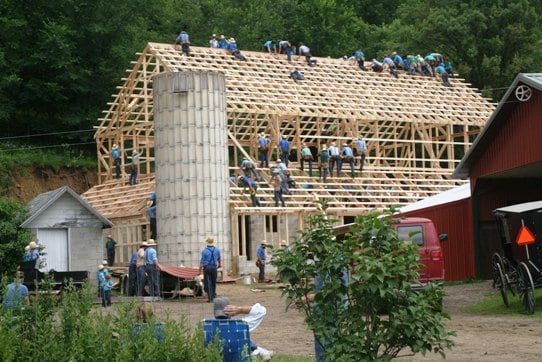 At first glance, the Hillsboro Amish community appears to be one of Wisconsin’s largest, with 8 church districts.  However, David Luthy notes that the Hillsboro districts are exceptionally small, in 2002 averaging 13 households per congregation–roughly half the size of the average Amish church district elsewhere (Amish Settlements Across America: 2008, Luthy p 8).

The Amish community near the towns of Wilton and Tomah in Monroe County was founded just a few years after the Cashton settlement, in 1969.  Amish at the time were  likely attracted to the state for its strong dairy reputation. 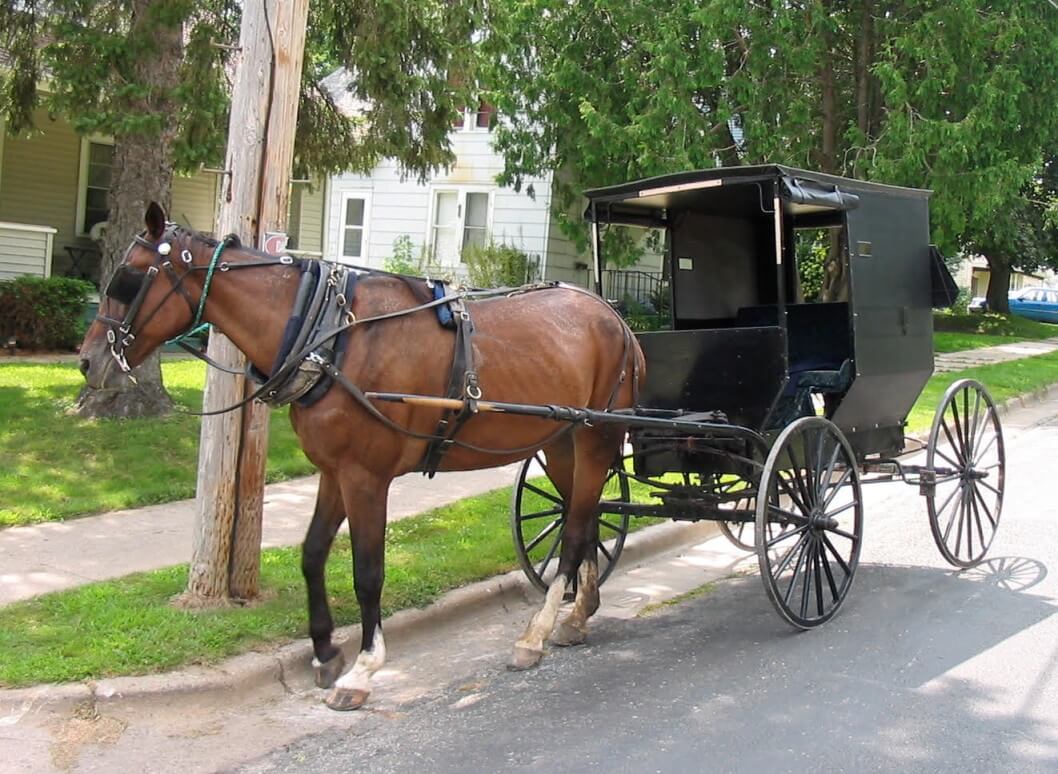 The Monroe County settlement is one of the largest in Wisconsin, with 8 church districts, (population roughly 1,000) as of 2008.

The Medford Amish settlement in Taylor County, founded 90 years ago (1920) is by far Wisconsin’s oldest.

Given its age, the Medford Amish community is relatively small, with only 3 church districts as of 2008.  Medford is located in north-central Wisconsin.  The GAMEO entry for this settlement notes that “Its cold winters have had an effect on the slow growth” in the community.

Green Lake County is home to one of the largest Amish settlements in Wisconsin, near the communities of Kingston and Dalton.  The Kingston/Dalton settlement was founded in 1977 and has grown to 9 congregations today. 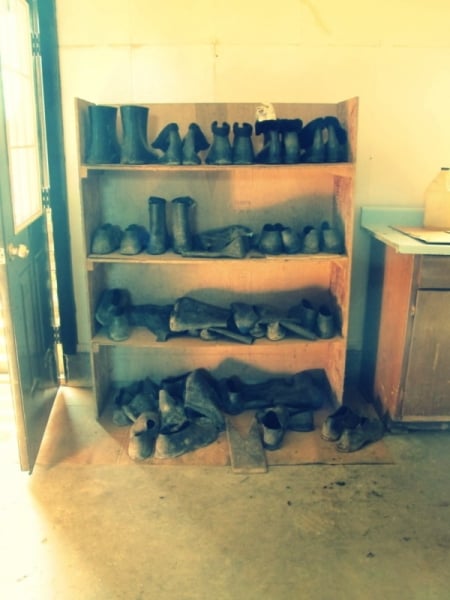 Clark County is located in central Wisconsin, and is one of the largest of Wisconsin’s  72 counties in terms of land area.  Amish have found Clark County an attractive area and roomy enough for a number of separate settlements to have been founded here.

The oldest Amish community in Clark County is found near the towns of Greenwood and Willard in the center of the county.  Founded in 1975, this community numbers 2 districts today.

The largest Clark County communities are at Granton (1981), in the southeast portion of the county, and at Loyal (1989). Both settlements are comprised of 5 congregations today.

Two other small Amish settlements can be found in Clark County, at Owen (1991), and the much younger settlement at Neilsville (2005).  Both consist of one church district as of 2008.

Another noteworthy Wisconsin Amish community is found at Augusta in Eau Claire County, at 6 church districts in size.  The Augusta Amish settlement was founded over 30 years ago (1978). 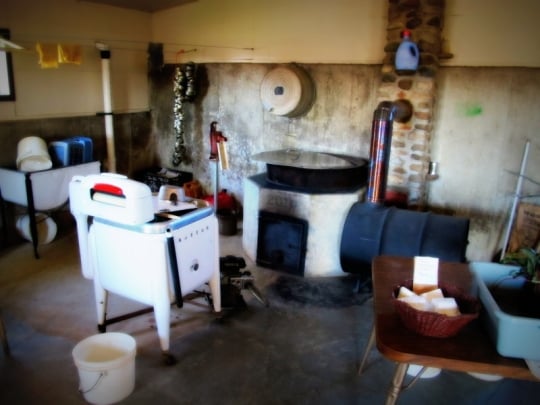 A wash room in a Wisconsin Amish home

Wisconsin’s Amish population has increased at a much faster rate than most over this 20-year period, gaining 150% as opposed to an average of roughly 100% (see Young Center, 2010).  Older small communities are found at Blair in Trempealeau County, Spencer in Marathon County, and Chetek in Barron County.

Younger small settlements are located at New Auburn in Chippewa County (1997), Taylor in Jackson County (1998), and near Platteville and Darlington in Lafayette County (1999).  All of these young settlements have reached the level of at least 2 church districts.

Though the long-term trend suggests high in-migration to Wisconsin, over the past five years (2005-2009) Amish communities in the state have actually experienced a net loss of population. The Young Center for Anabaptist and Pietist Studies notes that “Wisconsin had 236 new immigrant families in the five-year period, but it lost 325 families, yielding a net deficit of 42 households” (Young Center, 2010).

Wisconsin is of particular significance in the matter of Amish education.  A local conflict over schooling in a small Wisconsin Amish community eventually reached the U.S. Supreme Court, resulting in a landmark 1972 decision which effectively granted Amish and other religious groups the right to remove their students from school upon finishing the eighth grade.

Conflict between Amish and school officials had occurred in previous decades in places such as Iowa, Kansas, and Pennsylvania, garnering national attention.  Amish in numerous cases had been compelled to migrate to different locales were school officials were seen to be more lenient (resulting in the founding of new settlements, such as the St. Mary’s County, Maryland Amish settlement).

The Wisconsin conflict, originating in a newly-formed settlement at New Glarus in Green County, resonated to the highest judicial levels in the country, and ultimately influenced not only Amish education but numerous other religious freedom cases. 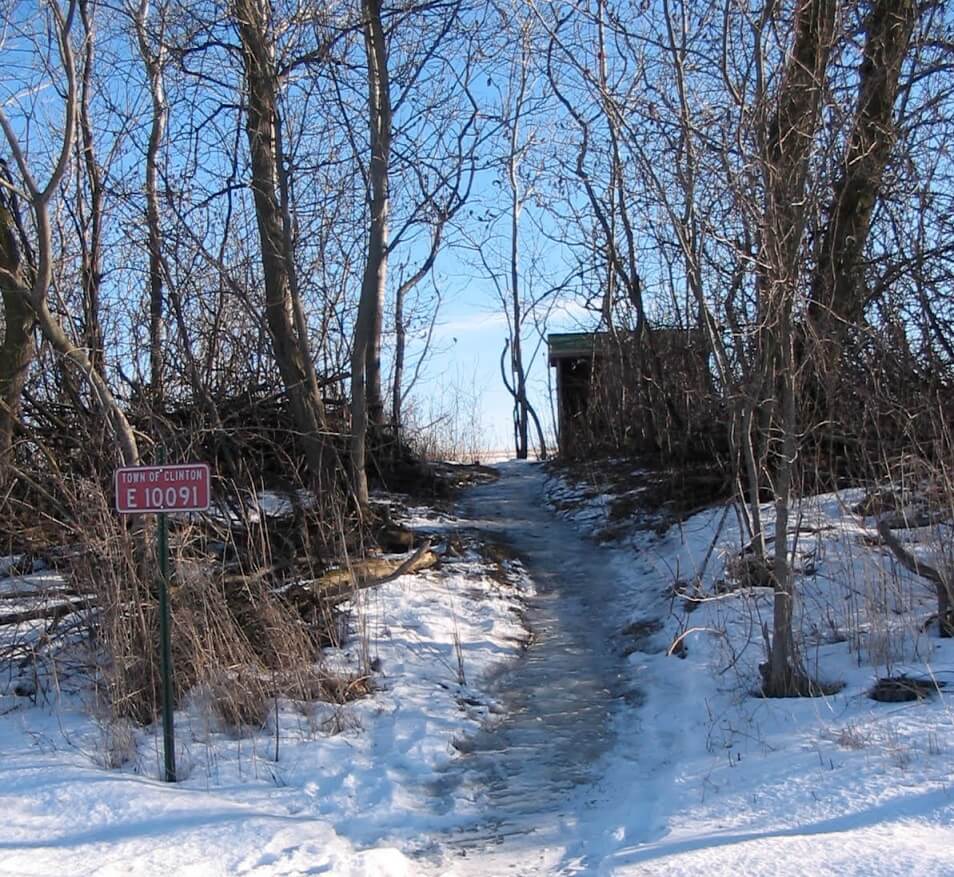 Local school administrators in Green County objected to the Amish practice of removing their children from school at completion of the eighth grade.  In the fall of 1968, three fathers of Amish children aged fourteen and fifteen were arrested for refusal to enroll their children in high school.  This refusal on the part of the Amish came in direct violation of Wisconsin law requiring school attendance until reaching sixteen years of age.

Though Amish generally refuse to defend themselves in court, the case was taken up by the National Committee for Amish Religious Freedom, a  group which had been recently formed by non-Amish for the legal defense of Amish religious liberty.  Attorney Willam Ball was hired to argue the Amish case.  Ball maintained that state officials were in fact violating the religious liberty of the Amish.

After hearings at local and state levels, the case made its way to the US Supreme Court.  On May 15, 1972, a final verdict was delivered in the Wisconsin v. Yoder case.  By a vote of 7 to 0, the Supreme Court Justices granted that both the First and Fourteenth amendments supported the Amish practice of removing students from school before age sixteen.

The precedent set by this decision has essentially granted Amish legal protection, though certain issues such as teacher certification continue to pose potential problems in some areas (see Amish Society, Hostetler, pp 268-270; also The Amish and the State, “The National Committee for Amish Religious Freedom”, William C. Lindholm, and “First Amendment Issues”, William B. Ball).

The New Glarus community, where the famous conflict over schooling originated, had disbanded by 2007, after over 40 years in existence.   Wisconsin was also once home to a number of other now-failed settlements dating back a century.

In The Amish In America: Settlements that Failed 1840-1960, David Luthy tells us that the Exeland Wisconsin settlement in Sawyer County, in the northwestern section of the state, was founded in 1909.  Amish from North Dakota, Montana, and Indiana were attracted to this area of “cheap, cutover timberland”, likely by a land agents’s advertisement promoting the inexpensive acreage.  Luthy reports that Amish used dynamite to blast away at acres of stumps left over from the former forest land.

Amish in this settlements operated sawmills, hunted, and grew an abundance of crops, including oats, sugar beets, barley, and red clover.  Eventually this settlement disbanded in 1927, due to a “lack of leadership”(Settlements that Failed, Luthy, p 504).

A second Amish settlement existed during this period in Rusk County, bordering Sawyer County to the south.  Settlers from a Michigan Amish community founded a settlement near the town of Glen Flora in 1920.  This settlement existed for about 2 decades, but eventually disbanded with the last Amish family leaving in 1942 (Settlements, Luthy, pp 504-509).

A number of modern-day Wisconsin Amish communities ceased to exist in the first decade of the 21st century, including one at Viroqua (though 2 communities remain in this area), as well as Clayton, Downing, and Hilbert.  All of these communities lasted roughly a decade or less (Amish Settlements Across America: 2008, Luthy).

Wisconsin Amish at home in the “Dairy State”

Wisconsin is a state which saw Amish arrive relatively late compared to other states associated with the Plain People.

Though the first Amish only began to settle in Wisconsin in the early 1900s, the Wisconsin Amish presence has grown to become the fourth-largest in North America.  In terms of Amish population, Wisconsin trails only Pennsylvania, Ohio, and Indiana, states which first experienced Amish settlement 50-100 years, or more, earlier.

In Wisconsin, Amish have found an environment conducive to settlement.  Relatively few Amish settled in Wisconsin before the 1960s, when the state began to see an influx of Amish which has only increased in each ensuing decade.  One observer notes that “Undoubtedly the farmers were attracted to Wisconsin because of its highly rural character and its reputation as the nation’s “Dairy State.” (The Amish Struggle With Modernity, Luthy p 245).

As long as Wisconsin offers affordable farmland and relatively isolated communities in which to settle, Amish are likely to continue to thrive in the Badger State.