The Amish, polio, and other unusual ailments 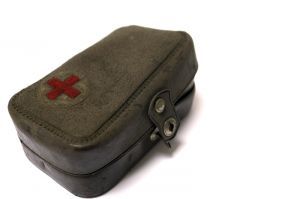 There are a few reasons why, but some have a motive similar to why almost all Amish avoid insurance:  it would be placing faith in an outside body instead of in God.

A lot more Amish do vaccinate their kids than participate in insurance programs, however.  The motive rings clear to non-Amish ears–why take the chance with your child’s life?

I just dug up an article in the Washington Post from late 2005, when a Minnesota Amish community was stricken with the first case of polio in the US in 26 years.  Polio, eradicated in the Western Hemisphere years back, is just one of those things you don’t see anymore: specialists were dumbstruck on getting the news, with one saying simply ‘you have made a mistake.’

Reading this reminded me that last time I was in Amish Indiana I ran into whooping cough.

Whooping cough?  Sounds like ‘dropsy’ or ‘colic’, one of those Dickensian-type illness terms you never hear anymore.

But apparently whooping cough, or pertussis, is a lot more common than I thought, with 30-50 million cases worldwide, causing around 300,000 deaths a year.

A mom of one of the sick kids asked me if I had had my whooping cough shots.

‘Uhhh…I hope so..?’  was my weak reply, hoping that ma and pa had remembered to take care of that for me.

Seems like it might not have mattered, since immunity through childhood vaccination usually just covers the early, most susceptible years, before weakening at adolescence.