We started the week with Amish GPS but now head in the opposite direction, technologically speaking.

Brenda shares photos today from the Carroll County, Tennessee Amish settlement, of an old Maytag washing machine.  Brenda has previously shared photos from Amish wash day in this settlement, so this makes a good follow-up.  Amish are known to use old-fashioned machines but this one seems more venerable than the norm. 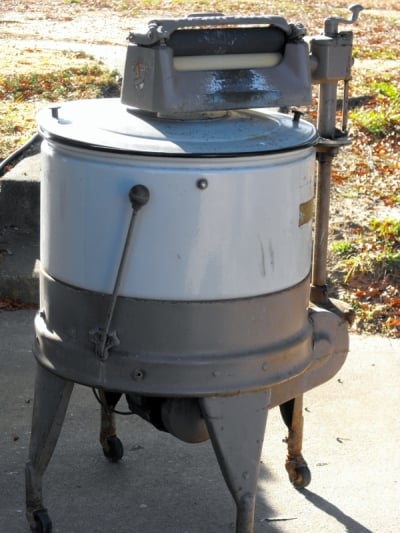 You can see the patent information and years here, giving a clue to its age.  I don’t know the precise age of this machine but have found examples of the “Gyratator” online from the 1920s and 1930s. 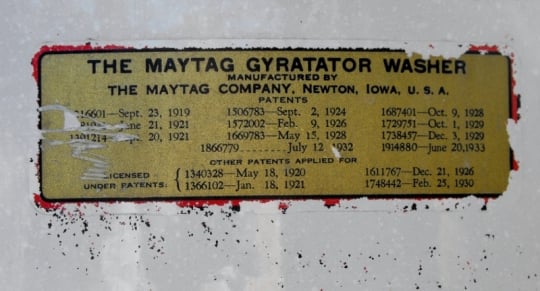 By the way I quite like the Gyratator name.  It sounds like the type of pseudo-futuristic name you’d hear on the Jetsons.  It’s more than a gyrator, it’s a Gyratator.  Beyond gyration.  Perhaps the technology was cutting-edge for that era.

More on how Amish wash clothes.

This is unrelated to the above, but I thought I might tack it on this post today.  Linda shares a few sayings from the November 2012 issue of the Calvary Messenger, a Beachy Amish publication, offered without comment:

Spreads have been named

I’ve just posted the names of the Amish spreads from yesterday’s post as well as a closer-up version of the note.  We had some good guesses but only one person got all three right.