Do Amish Believe Taking A Photo Captures Their Souls?

Do Amish people believe that when you take their photos, you also take their souls? I’ve heard this idea from time to time over the years. 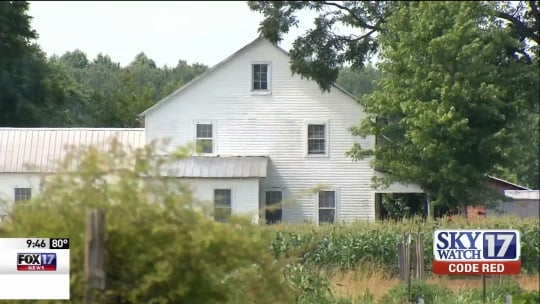 It has always seemed to me like an urban legend or romantic exaggeration – with perhaps just a loose basis in what Amish actually believe.

The latest case comes from a wagon tour guide in the Ethridge, Tennessee Amish community.

In a video for Nashville’s Fox17 station, he tells his riders that “you see up here, most of them believe, you take their picture, it’ll capture their soul and they won’t go to heaven…so they ain’t got no mirrors, no photographs of their loved ones, or nothing.” [italics mine]

But is that really what some Amish think?

If Amish feel personal photos lead to pride, and pride is a sin, and sin leads to hell, maayybe you could make the leap to saying that taking an Amish person’s photo is like taking their soul.

But it leaves out a lot in-between.

As always, it should be said that Amish are not all the same, far from it. The Swartzentruber Amish are arguably the plainest and strictest of Amish groups. So it stands to reason they might have some of the strongest feelings on photos (though that is questionable, as I’ll show below…).

You do see plainer Amish speak in heavy religious terms sometimes. For example, in one instance, a Swartzentruber Amishman described a smoke detector as “a devil on the wall.” Other Amish (plain though not Swartzentruber) have called livestock tagging “the mark of the beast“.

Update: I should have also noted here that you may hear the Second Commandment  – “Thou shalt not make unto thee any graven image” – as reasoning against photography, cited for example in this court case where Amish sued the government over a US residency photo requirement, or in this case where Mennonites and Amish in Virginia were provided a non-photo alternative to the traditional ID card. 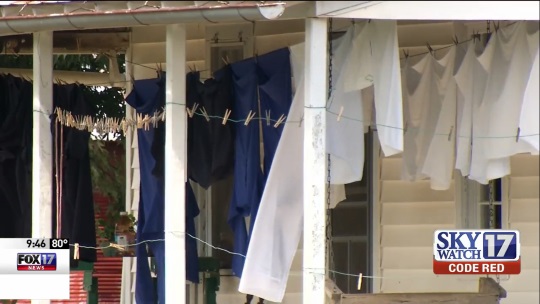 I’ve never heard that, Erik. I have heard different Swartzentrubers say that taking their pictures would break the camera! That “capturing the soul” seems to be from some version of a pan-ethnic urban legend or something–like the idea that quilters put in a deliberate mistake because only God is perfect. This latter one I first heard in connection with Navajo woven rugs, and then later from an English woman talking about Amish quilts.

Karen adds this, which I liked:

Most Swartzentrubers just ask folks not to take their pictures, but when someone’s picture appears in a newspaper (reporter photographing a barn raising, for example), that person will want a copy to keep.

Officially Amish are not going to seek photos, but that doesn’t mean they don’t appreciate them on some level. 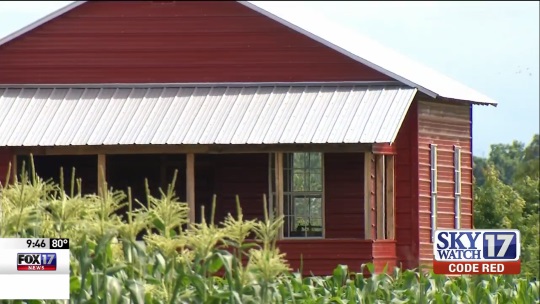 Also, we might assume that just because the Swartzentruber Amish are likely the most conservative Amish, that they would be the most photo-shy of Amish.

However, photo evidence online suggests that at least some of them are not as camera-averse as we might suppose.

In one instance, Swartzentruber Amish in southeast Minnesota permitted a photographer to take extensive photos, including one of an Amishman showing off a fish he’d caught (visible 20-some photos into this slideshow).

In another example, the Swartzentruber people in Fort Fairfield, Maine allowed themselves to be captured doing various activities, including farm tasks, ice cutting, and driving a buggy (though no faces) for a 2013 magazine article.

Karen does add the disclaimer that maybe the Ethridge folks are different. 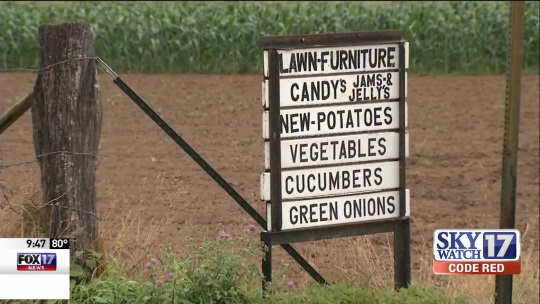 But if I had to guess, I would lean to the idea that this is more an urban legend situation – something that sounds intriguing to tell tourists – than the Amish in Ethridge actually expressing that they fear losing their souls if you snap a pic of them.

But, I’m certainly open to hearing if I am wrong, if that belief is actually present in this community.

Briefly setting the photo topic aside, this is a nice video about Tennessee’s best-known Amish settlement. While yesterday’s video showed us an Amish tour buggy driver, here we see an English one, Sam Pollock, taking a wagon-load of guests through the settlement. In Ethridge they drive these oversized tour wagons, pulled by a sturdy pair of horses.

They are about the biggest horse-drawn tour transport I have ever seen. Ethridge is the largest Amish community in the South (well, depending if you consider Kentucky Southern or not), and draws a good amount of tourists. 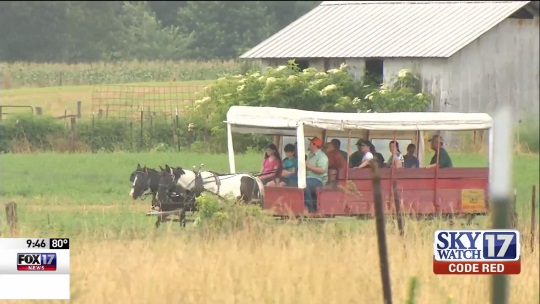 The Amish for their part are quite tourist-friendly here. It is really fun to visit the many farms and stands selling produce, crafts, canned goods and more throughout the settlement. The local Amish Welcome Center has put out an Amish business map in the past, and I assume they are still doing that.

Finally, a couple of things that jumped out in this video. For one, there are faceless dolls for sale here (a recent topic of discussion here on the site): 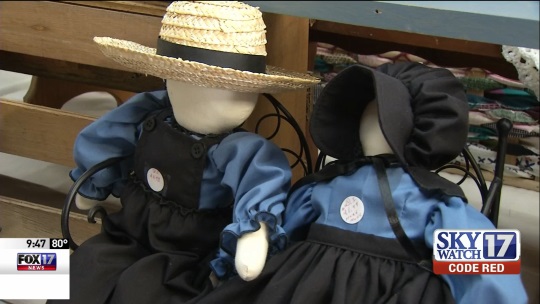 The other – it looks like these Amish are using the PVC pipe visibility solution that was tested in the Lodi, Ohio Amish community two years ago, after a long history of accidents in that Swartzentruber community: 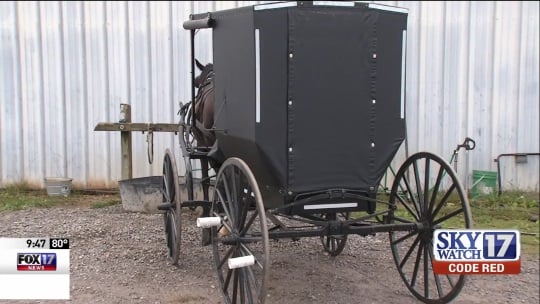 It’s an odd look, but no matter – hopefully that’s keeping them more visible on the road.

Returning to the main topic: Amish don’t seek out photos, and most don’t like a camera stuck in their faces. Amish do have differing attitudes when photography does happen.

Some do not much mind at all. I’ve taken posed photos more than once with a good friend who is Amish. He knows I’m not going to publish and share them around however. Some do not want any sorts of photos taken, or at least will not consent to them if asked. Others are fine with shots that are unposed, or taken from a distance.

And as Karen’s comment suggests, some (many?) Amish do have an appreciation for personal images (whether they agree to them verbally, or not) captured by this nearly-200-year-old technology called photography.