Amish Community Ordered To Evacuate In Face Of Montana Wildfire

Amish in Rosebud County, Montana have been ordered to evacuate the area in the face of the Richard Spring fire. The fire in the southeast of the state is about 150,000 acres in size. From the Bozeman Daily Chronicle:

The Richard Spring fire was discovered on Sunday, according to Inciweb, a wildfire information service. As of Wednesday, it was burning more than 149,000 acres and had destroyed at least four minor structures, according to the Rosebud County Sheriff’s Office. 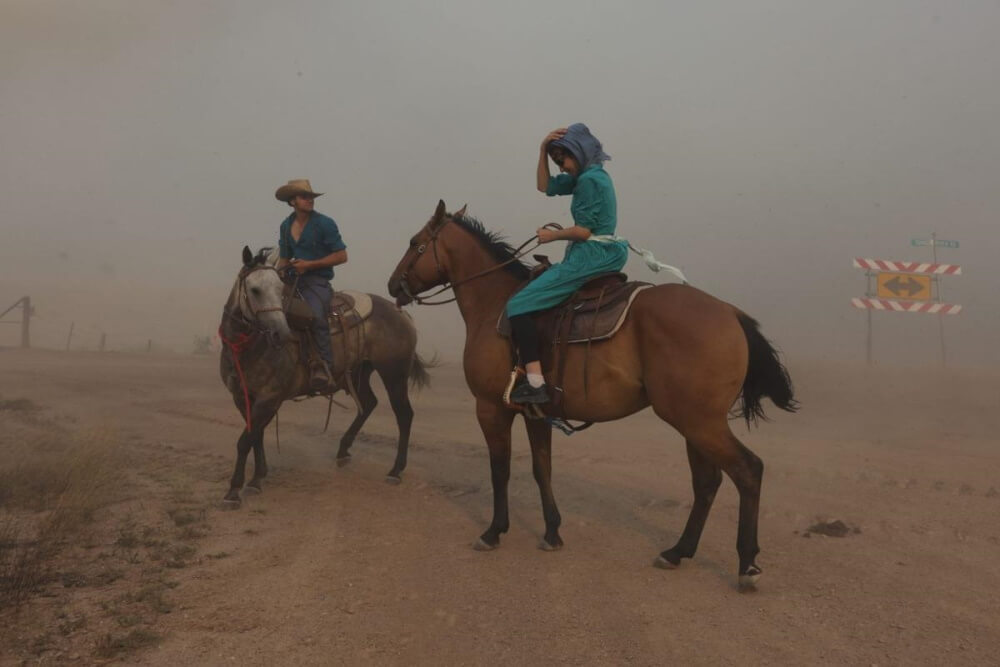 Jason Jarrett, the manager of the mutual aid program, said the fire is moving quickly and the weather is prime for dangerous fire activity on Wednesday and throughout the week. On Tuesday, wind spread the fire nearly from Colstrip to Ashland and caused it to jump the Tongue River at least two locations.

“The reason that we have the help from other sheriff’s offices is because we know and respect how fast and how big these (fires) can grow,” Jarrett said. “If we don’t have the help here at the time, it will be too late. We’ll never catch up.”

Eastern Montana fires, especially ones spurred on with wind and burning grass, brush and timber alike like the Richard Spring fire is, grow fast. Jarrett said the strike teams immediately jumped into doing evacuation assistance after arriving on Tuesday.

A second blaze called the Lame Deer fire is also raging in the area. Various towns and regions in the area have been evacuated, including in the Northern Cheyenne Indiana Reservation, and the order took in the Amish settlement in the vicinity of Ashland and Forsyth. Evacuation shelters have been set up.

There are also facilities for people with horses, and this being Montana, that accommodation is not just for the Amish residents. The photo above by Mike Clark of the Billings Gazette shows what appear to be two Amish residents on horseback, Isaac Slabaugh and Fannie Stutzman. This map via Google shows the locations of the fires and road closures: 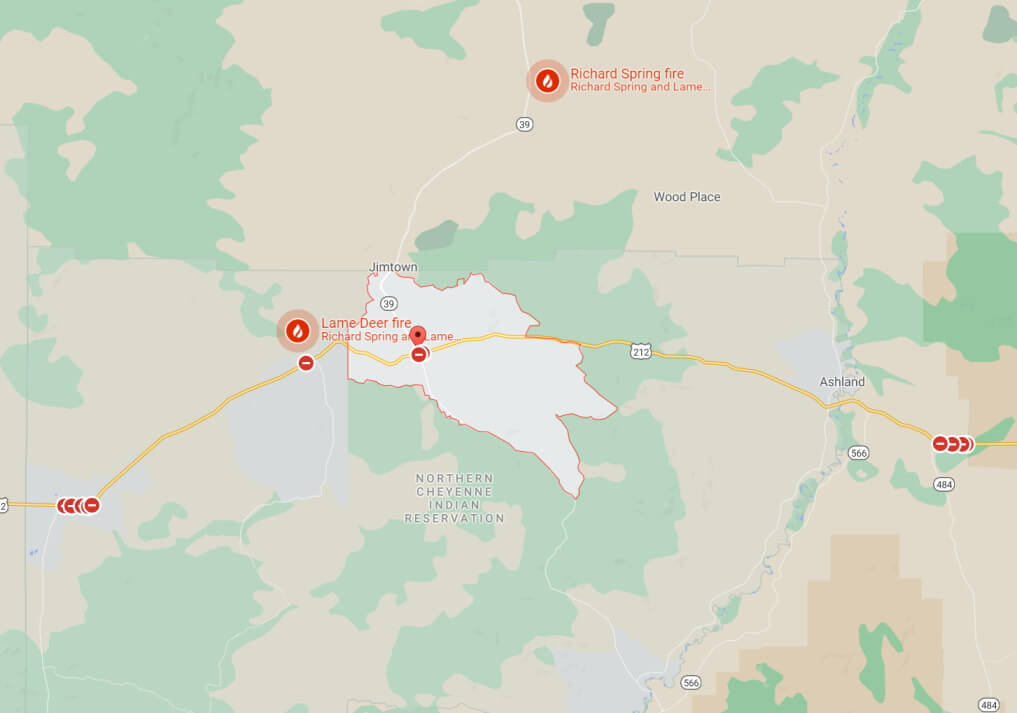 This news recalls the 2017 fire which “wreak[ed] havoc” on the Rexford, Montana Amish community.  In that fire, Amish lost 40 buildings, though everyone was okay. Amishman Andy Yoder of that community spoke about that fire in the video below:

The Rosebud County community is the second or third oldest in the state (founded 1997), with around 110 Amish living there in one church. Here’s hoping they and other residents are able to ride this out as well as possible.