Are the Amish “backward”? Do they miss modern things we take for granted? What’s the correct way to pronounce “Amish”?

Chuck Lofton of news station WTHR recently rode along with John Gingerich, an Amishman who operates a tour buggy in Shipshewana in northern Indiana. 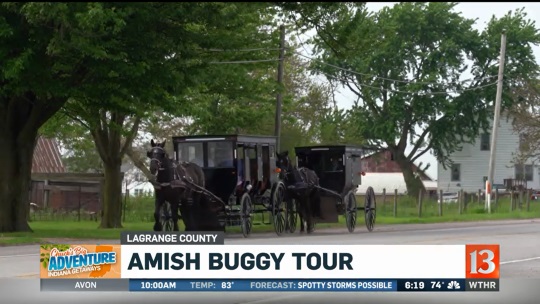 John shared several interesting insights as they rode around town. He seems like the kind of guy you’d want running your buggy tour – knowledgeable and with a sense of humor.

Part of the interview is available in the accompanying article, and part of it is in the video clip shared below. Here are five insights from John, with some comments from me.

5 Insights on the Amish from John Gingerich

1. Amish live better than we might think – Though outsiders might see them as backward, the Amish (and especially those in more progressive communities like northern Indiana) have a lot of modern amenities – indoor plumbing, modern bathrooms, etc.

The electricity is the main thing that’s missing. But even this comes with a caveat – batteries power some electrical needs, though crucially the Amish remain off the public grid. “Without electricity, without cars, we still live very well,” says John. 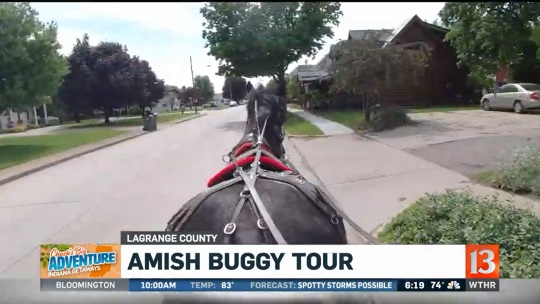 2. People don’t know how to pronounce “Amish” – John says that a lot of people come to see the “A”-mish (pronounced with a long A). But he, as he notes with a smile, is something else – Amish (“Ah”-mish). Jokes aside, he doesn’t mind that people come with a funny pronunciation.

3. If you’ve never had something, you don’t miss it – Well put. People sometimes seem to feel sorry for the Amish in that they must be suffering and missing out on all the trappings of life that non-Amish enjoy. But if you grow up a certain way, that way is “the norm”.

It doesn’t mean that some Amish-raised people don’t crave for an automobile or continued education. It’s just that when we imagine the Amish must miss x or y, what we’re really doing is placing ourselves in an imagined Amish existence, and saying “boy if I was Amish, I’d really miss x and y.” 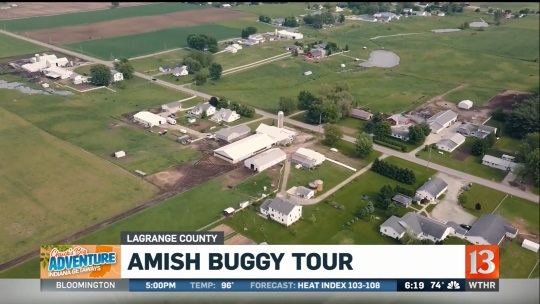 The other side of this coin appears when outsiders attempt to join the Amish. If you’re not raised in the faith, it can be difficult to adapt, and more importantly, remain in the church. And that’s not just about becoming accustomed to the material differences, but things like the mentality and the individual/community dynamic which are fundamental to the Amish church.

4. People have the wrong idea about Rumspringa – I liked what John says in response to the idea that it is okay with Amish parents if their teens “go out in the world and experience whatever you want to do and see if that is what you want to be for the rest of your life.” John’s retort?

“That’s a complete falsehood. Why would we do that? We try to teach our children our way so they will follow our ways. Why would we do that? It would be like putting the fox in charge of guarding the hen house. Not at all. And I tell people that because a lot of people are under that impression. I tell them spread the word for me.” 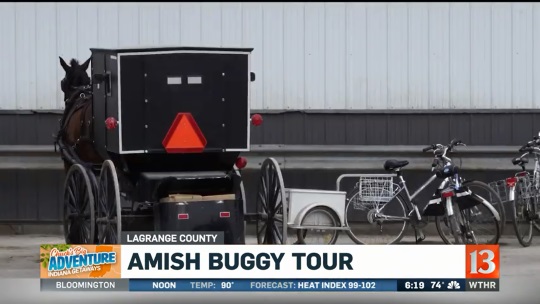 We’ll try to do our small part here, John.

5. John was OK with an on-camera interview – because he appeared in a video, not a still shot – John justified this by saying that they are moving images, and won’t be put up on a wall.

I had never heard an Amish person offer this reasoning, as to why video was ok over still photos (usually, you’d think, a simple photo would be more acceptable than an interview, which is essentially capturing thousands of images in sequence).

Watch the interview in full below: