What if you couldn’t buy medicine, ship packages, or even give blood – all because you lacked acceptable identification?

Amish and Mennonites in Virginia who have been dealing with issues like this will have an alternative moving forward. The state has approved photo-free cards for those who object to conventional IDs.

This will resolve issues that the commonwealth’s Plain population has had doing business and even carrying out everyday tasks. From virginiamercury.com:

“We see a photo as a graven image, which is forbidden in the scriptures,” says a buggy maker who lives in a Mennonite community of just under 1,000 outside of Harrisonburg. He requested that his name not be used because, as he put it, “we try not to stand out; we try to blend in.”

The Rockingham resident said on a recent visit to Walmart, a clerk wouldn’t sell him cold medicine. He said another member of the community ran into issues trying to get UPS to pick up a package from the hardware store. And he said his uncle recently had a run-in at a major appliance store when he tried to write a check for a new refrigerator. (The community practices “plainness” but does not totally eschew modern technology.)

It goes on and on, he said: “We can’t even donate blood.” 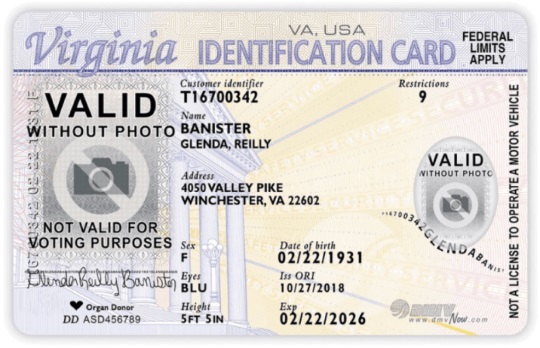 The article states there are a total of 13 states currently offer non-photo IDs, with Pennsylvania leading the pack, having issued over 13,000 IDs.

I suspect there may be more than 13 however, as one source claiming that number of “non-photo driver’s license” states dates to 2005, and at least one other state has moved to offer a non-photo option since then. A driver’s license is not the same as a basic ID card, but I suspect this is where the figure came from.

If you’re curious, here are the 13 cited states which offer the non-photo driver’s license option. Most have Amish populations:

The Virginia DMV has estimated approximately 2,000 residents would qualify and be likely to apply for the IDs. The IDs may come with a security question, though fraud has apparently been rare in other states.

The Virginia Mercury site also shared a map via the VA DMV showing counties where Amish and Mennonites live in the state. The Amish are found in all of the below counties except Augusta, Rockingham, Buckingham and Cumberland. 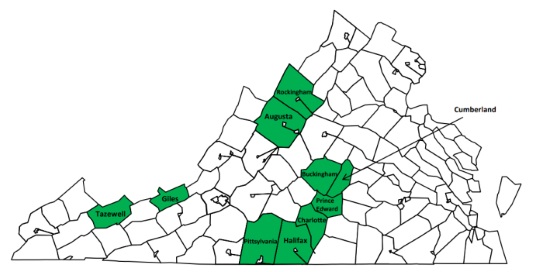 Jurisdictions have solved this issue in different ways in the past. For example, Amish in Illinois received the option for fingerprint-based IDs several years ago (unlisted above). Not all Amish object to photo IDs however, and this is generally going to be something seen in the plainer groups.

The IDs will cost $275,000 to produce. That figure struck me as rather high for 2000 pieces of plastic. It doesn’t seem like a big redesign is required, especially compared to the images of standard VA ID cards I found online (compare the one at right to the above). But maybe there is some additional security technology involved, or some other hidden costs there.

Because of the increased cost, they will cost $80 apiece for applicants to purchase. The DMV estimates that this will fully cover the cost to produce them. If there are only 2,000 potential buyers, however, that seems to come up a bit short. Maybe this factors in future purchases as well?

Numbers aside, the state’s Plain population will surely appreciate this accommodation, which will allow them to more freely operate in the economy and go about their daily lives.