Do you recall the recent story of the Amish man who had survived 14 buggy crashes?

Levi Shetler is a member of the Swartzentruber Amish group, which does not use the orange safety triangle and other otherwise-common safety features. 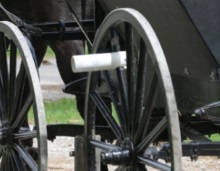 It looks like change is coming to the group’s approach to vehicle safety – at least in Shetler’s corner of Ohio.

Amish in the man’s community have begun adding additional visibility features to their carriages. From the Akron Beacon Journal:

Earlier this year, after one of the Schwartzentrubers survived his 14th buggy crash — the same January crash killed his work partner — a three-member steering committee was established to help communicate with the public on safety-related issues.

The group —Stutzman, Levi Hostetler and Eli Hostetler — met in Levi Hostetler’s wood shop just outside of West Salem on a Friday in April to show a reporter two things Swartzentrubers have started adding to their buggies, along with a suggested improvement.

The three changes to Swartzentruber buggies in this community are:

The plastic add-ons give the buggies an odd look, to be sure, but perhaps that is what’s needed to get people’s attention on the roads. 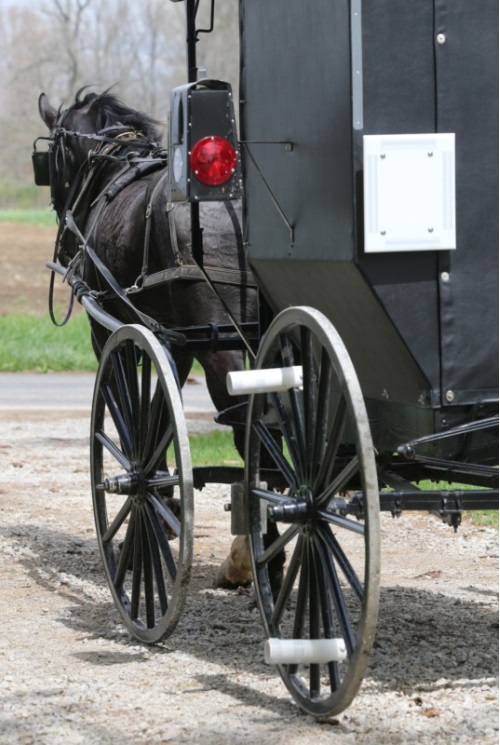 By the article, it doesn’t seem this has been rigorously tested. The Amishmen are said to be hoping drivers will better see them with the changes. “It can’t hurt,” said the county commissioner.

This is not the only creative workaround used by Amish with objections to the orange safety triangle, but I’m not aware of any other Amish using this approach.

The lack of buggy markings within the Swartzentruber group has been a long-running area of controversy, which creates conflict from time to time in Swartzentruber areas (see here, here, and here).


I’m a bit surprised by this move, but if it saves lives while being visually acceptable, maybe it will be adopted in other Swartzentruber communities.

As noted in the article, Amish here are concerned not only for their own safety, but for the impact on their non-Amish neighbors, including “the guilt they may forever carry if they hit a buggy.”

The Swartzentruber Amish said they are trying to help motorists. Here’s how they say motorists can help them: