The trouble with ‘the Amish’ 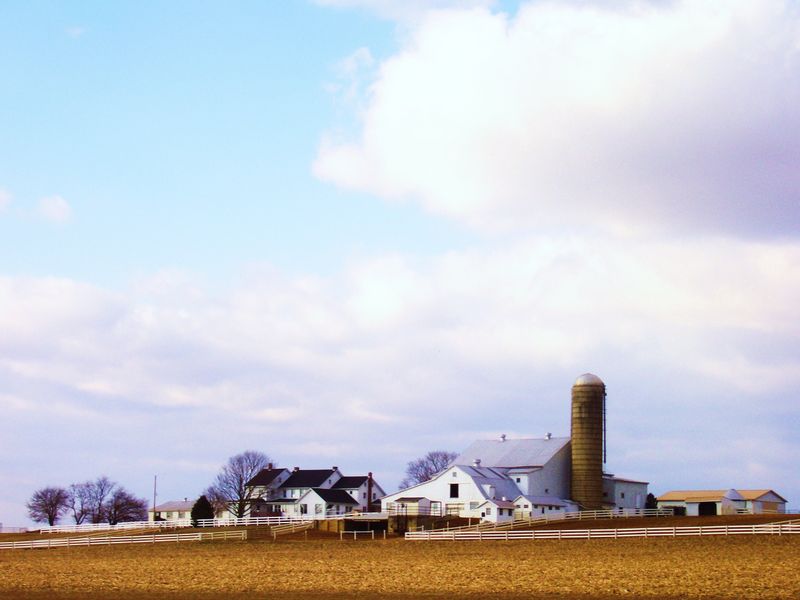 A recent re-read of a piece by Steven Nolt in Mennonite Quarterly Review–‘Who are the Real Amish?  Rethinking Diversity and Identity among a Separate People’— made me recall a common dilemma when discussing our Plain neighbors.

‘The Amish’ is a moniker that tries to do more than it really can, which is blanket a group of people having quite diverse practices.  Saying “‘the Amish’ this” or “‘the Amish’ that” can be hazardous.

Could be true, and usually is, but more often than not you turn up a few ‘excepts’ and ‘buts’.

Individuals and churches falling under the Amish label may profess the impossibility of knowing the state of our souls while on earth, a ‘living hope’, or a belief in assurance of salvation.

Some Amish follow a doctrine of streng Meidung or ‘strict shunning‘, while others would favor a more mild approach.

Most Amish instinctively avoid any form of government assistance, while as seen recently, others don’t.

Amish historically avoid legal involvement, but on the edges, and in particular in the business community, legal means may in fact be used, at least in indirect ways.

Amish businesspeople, for that matter, may take a more progressive stance on an issue than their ag counterparts would, as may Amish living in larger settlements vs. those in smaller, often more conservative ones.

Technologically, some Amish allow telephones and in rare situations even electricity in the home, while most aim to keep both at arm’s length–safely out in the shop or at the end of the lane in the case of the phone shanty.  The cellphone has slunk into some communities while it remains absent in others.

Buggies are black, white, gray, burnt-orange or yellow, and usually covered, but you’d go strictly topless if from a Swiss Amish community.

In fact the plumbing system and lack of electric lighting are really the only giveaways you’re not in a certified modern lavatory.  Yet at other Amish households you’ll need to step outdoors and trudge over to the outhouse to take care of business.

Differences are many and most obvious across affiliations.  The Swartzentruber Amish certainly vary in notable ways from their New Order cousins, though the two groups rub elbows in some areas and may be indistinguishable from one another by casual passersby.

Still, for lack of a better alternative, both the serious and casual observer, as well as the Amish themselves rely on the wide-net term ‘the Amish’.

In his article, Nolt quotes an Amishman who, answering the question of what all Amish hold in common, replies that “We have the eighteen articles, and the horse and buggy, and beyond that we interpret it in the church.”

More commonalities could probably be added, but this quote sums up nicely the congregational aspect of the Amish faith.  Congregations that bear resemblances but sway too far off the doctrinal or cultural path will find themselves excluded from fellowship with ‘mainstream’ Amish churches.

G.C. Waldrep terms such groups ‘para-Amish’ in an article in the same issue of MQR, and outlines a few examples of churches–those at Lobelville, Tennessee, or Leroy, Michigan, for example–established in recent decades, often by individuals with Amish roots, but which essentially remained outside of the Amish fold due to differences on issues such as man-made church standards or acceptance of automobiles.

The eighteen articles and the horse-and-buggy are a good starting point, though.

But unless writers begin attaching an asterisk every time they print the word, they’ll have to continue to rely on ‘buts’ and ‘excepts’, or for the sake of convenience forego them entirely, like many of us do when discussing ‘the Amish’.