Reader Roberta shares a photo of a barn raising she attended a couple weeks ago in a New York Amish community: 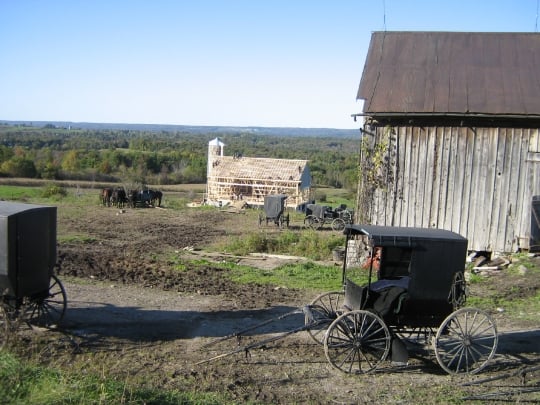 This took place in the vicinity of Newport, which is in Herkimer County.  Roberta adds:

They started on Wednesday morning. There are about a hundred men involved.  Most came in buggies but a few got rides. Since they don’t want their pictures taken, we waited until they broke for lunch to take a picture of the barn. 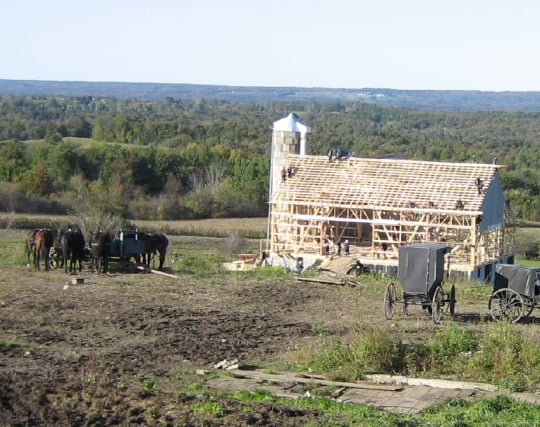 Barn-raisings don’t happen quite as often as you’d think in the larger, more established communities, like Lancaster County.  This is because you don’t have tons of folks setting up dairy farms from scratch anymore (expensive land).  You probably have at least as good a chance of seeing one, pound-for-pound, in off-the-beaten path settlements like this one.

Read more on the Amish barn-raising.

Amish in New York also apply their skills with wood to other areas, including construction work and furniture making. Read more on New York Amish furniture.