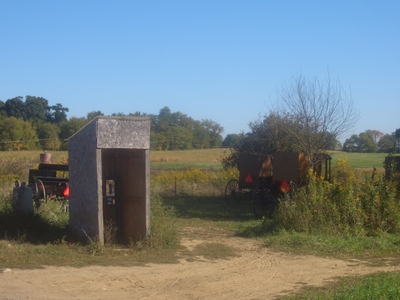 The ubiquitous Amish phone box can be found on patches of Amish-owned land in settlements across the country.  These first two particular crude-looking versions are from the New Wilmington, Pennsylvania settlement, and look to be coin-operated.

Other Amish employ a more sophisticated system where each user has a personal log-in code.  You can call an Amish person on one of these and leave a message on the user’s personal voicemail, which is usually checked fairly regularly. 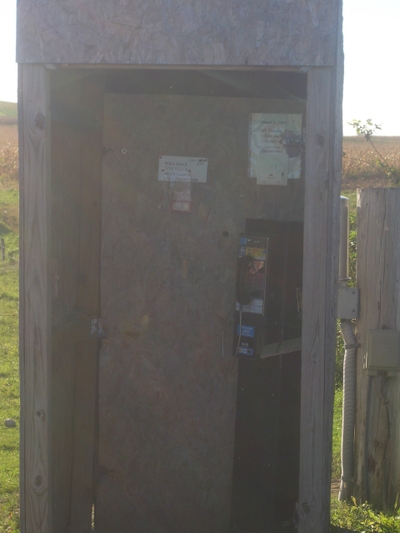 For those Amish that don’t use cell phones or have their own work phone rigged up in the shop or barn, the phone box is the way to hire a taxi or call relatives out of state.  There are usually enough in any given community so that there is always one within reasonable walking, biking, or ‘scootering’ distance.

If you have the local phone box on your land, it will often be located close to the road, perhaps at the end of your lane, where neighbors can access it without having to come too far onto the property. 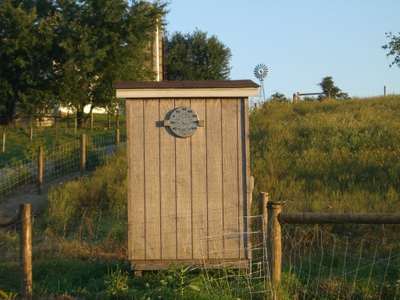 Why the phone box?  The rationale is that if the phone is not located in the home, it won’t interfere as much with family life.  The small inconvenience of having to travel some distance to use the phone discourages unnecessary calls.

Kraybill tells us in The Riddle of Amish Culture that phones were first put to the test in Amish homes, and failed, in the early twentieth century.  As they were found to encourage gossip and idle chatter, in-home phones quickly joined the list of taboo technologies. 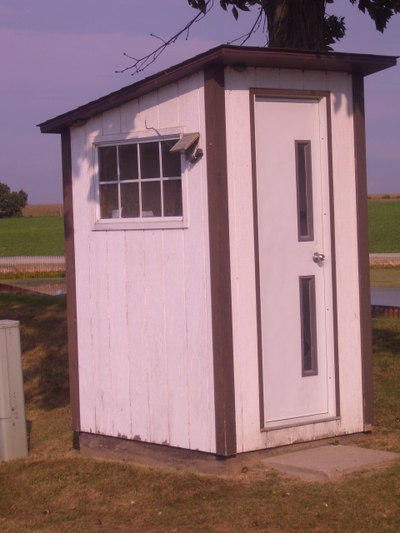 The other photos are of somewhat fancier phone boxes–note the solar-cell-panel below–and come from various spots around the Holmes County settlement. 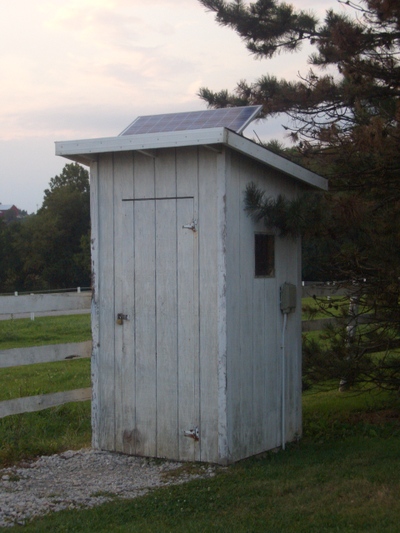