One of my favorite pieces on the Amish is a Donald Kraybill examination of the four main affiliations of Holmes County, Ohio.  This work does a great job of describing the cultural variety found within the Amish world.  Reading it one is reminded of the difficulty of making broad generalizations about Amish society. 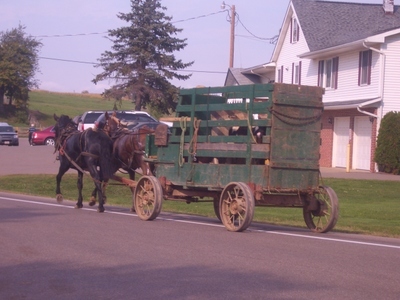 The Amish in Holmes County follow a conservative-to-progressive arc that starts with the highly conservative Swartzentruber Amish, ratchets up a notch on the progressiveness scale with the Andy Weaver affiliated churches, moves into what you may call ‘mainstream’ Amish territory with the Old Order groups, by far outnumbering the other major affiliations, and closes out with the New Order, which are essentially a horse-and-buggy driving, plain-clothes wearing subset of the Old Order.  These are the four major affiliations and the arc they take (though the idea of a group being more ‘progressive’ or ‘conservative’ across the board doesn’t always, necessarily, hold), in the largest and arguably most diverse Anabaptist settlement in the world.

How do the groups compare?  A few excerpts from Kraybill’s Plotting Social Change Across Four Affiliations, found in the compilation The Amish Struggle with Modernity: 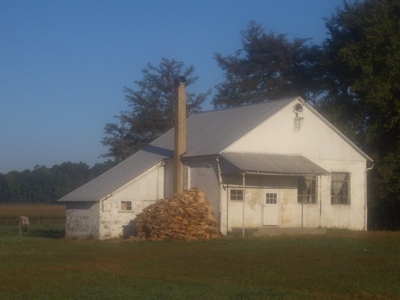 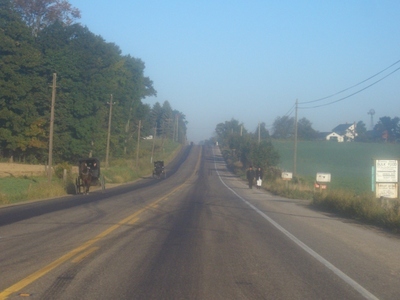 ‘The Amish have historically not adopted “fast” time (daylight saving time), preferring instead the traditional slow time.  This not only enforces Amish separation from the world, but also symbolizes their preference for a traditional pace that rejects what some Amish call “crazy time” and avoids “the rat race.”  This measure of separation from the world is also eroding.  The Swartzentrubers, however, continue to reject “fast” time and the Andy Weaver group preaches against it and holds its church services on slow time, but as a result of their involvement in nonfarm work some members are following “fast” time.  The Old Orders and the New Orders, with their growing entanglements in the larger society, have for all practical purposes adopted “fast” time–even for their church services.’ 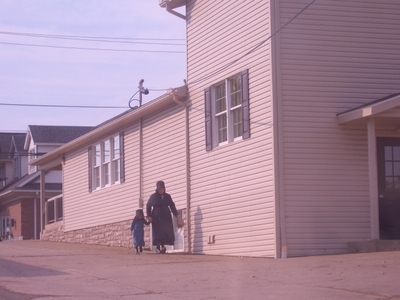 ‘Although the four groups embody distinctive Amish patterns, their costume reflects shrinking separation from the world as one moves toward the New Orders.  Near the progressive end of the continuum men’s hair gets shorter, beards are trimmed tighter, hat brims shrink, bonnets get smaller, and brighter colors flourish.  The Swartzentrubers are more likely to go barefoot in the summer and their women to wear the high-top black shoes.  The Swartzentrubers prefer to use as little plastic as possible, forbidding plastic eyeglasses as well as rubber panties for babies.’ 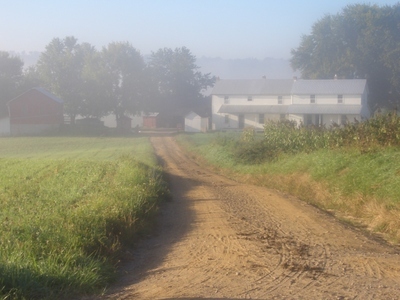