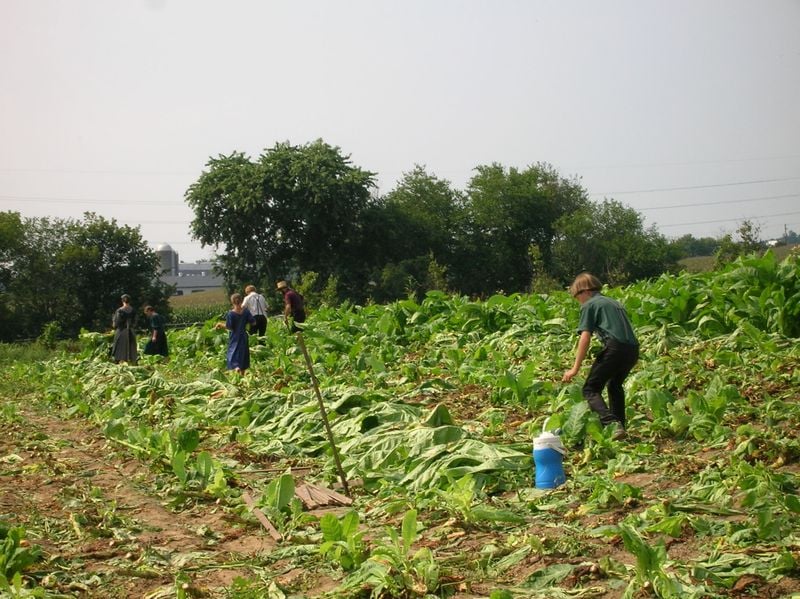 Just back from Lancaster County.  Has been a whirlwind of finishing the final manuscript (submitted), looking ahead to finish the Polish-language Amish book (nearly done), and another top-secret project or two.  But in between running around the County a few interesting happenings happened.

I dragged my father up this time, for an intense week in Amish Boot Camp.  When you are accustomed to the accoutrements of modern living, getting plopped into an Amish farmhouse for an extended period can be a shock.  But pop held up well, painting a bathroom, picking a tomato or two, and wolfing whatever grub he could seize.  Abe’s family entertained us, with the girls singing a few school songs, complete with sign-language accompaniments (Lancaster kids get some sign language in school).  Dad, impressed by the choir, asked how in the world they could remember such long songs?  “We have young minds,” replied Abe’s sister, matter-of-factly.

As penance for past transgressions, resolved not to ‘poach’ any photos this time around, though dad got a few–but with all permission forms and waivers signed in this case, to keep us out of Amish court.  Tobacco season is heating up, and these are a couple of shots of some friends in the field.  The mules granted permission as well. 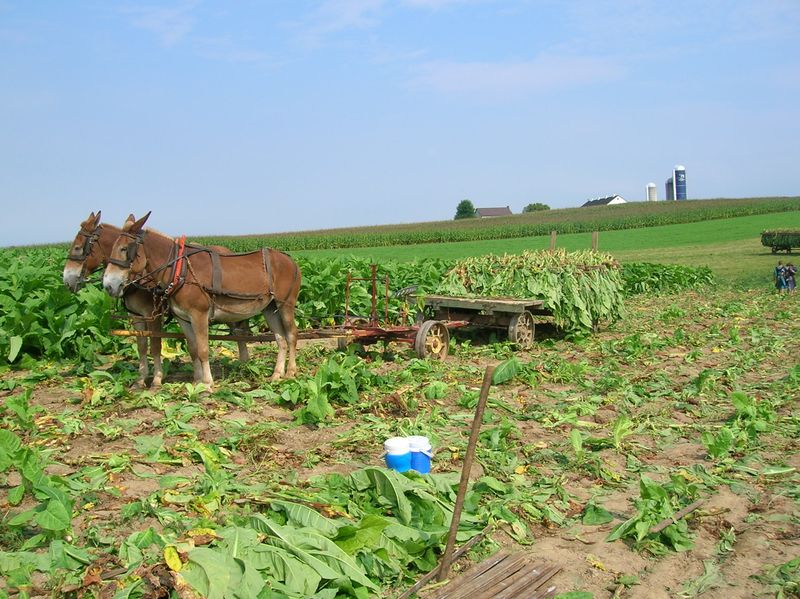 Normally, waste tomatoes go to the chickens and pigs.  But sometimes they’re used for more devious purposes.  Like the minor skirmish which erupted on a certain Lancaster farm this past weekend.  Abe’s brother and a few of his workers took aim at yours truly, pop, and Abe in a daring sneak attack.  Caught in the crossfire of an unexpected Amish Tomato Battle, we feebly returned fire, using unexploded ‘shells’ from our attackers.  But finding ourselves pinned down between the front porch and the fresh-hung laundry, father and I were forced to revert to the only defense we had left.

“We’re pacifists,” we protested to our Amish assailants.

That seemed to do the trick.