When a son joins the Amish: Dollars, Degrees, Dentists

After sharing some of the hard times in her son’s Minnesota Amish community, including health and financial concerns, Anne writes that she has received another letter from Ed and Ruth.

When I read the account below I thought about how different this picture is compared to what 90% of America imagines Amish life to be.  It’s not about idyllic farm life or Amish mafias or having the (nonexistent) “perfect family” as some Amish friends and I joked about around the kitchen table a few days ago.  To be sure there can be beautiful things but also difficult and sometimes brutal aspects too.  Just like the English some live more comfortably and some make do with fewer creature comforts.  In other words it is life but in a different package.

Ed writes that Ruth’s dental pain has subsided some. He thinks she grew up eating too many sweets and that’s the source of the trouble. So he jokingly related that when she wants to indulge in sweets he says “Ok, you will have to go to the dentist!” He says he holds up a big pair of pliers and that seems to convince her. Now don’t get the wrong idea; Ed is the sweetest and gentlest of husbands and is teasing her with the pliers. But it betrays that our dear Ruth is terrified of dentists! Why would that be? I worry that she has NOT been to a dentist, but had a frightening experience at the hands of a well meaning “do it yourself” Amish man. Could this be?

All of this is beside the point that not eating sugar may be preventative but once there is infection, it will be useless. So I don’t feel too encouraged by it. 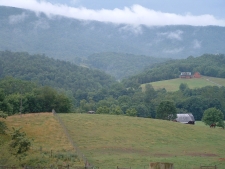 Evidently the horse is still lame though he does not say so. but references that he goes on foot lots of places anyway. He also said they’d reached zero degrees and it felt pretty good (he called it a warming trend). Since he wrote (as Erin mentioned) they’ve had a major snow storm. Close to 16″!

Ed’s main concern was to comfort me, as he could tell from my last letter how concerned I was. He said their weather does not feel as cold as it sounds because of the dry air (compared to humid Virginia where we live). He reminded me that they can always put on more clothes.

As for monetary concerns, he says he’s “fallen behind” but that he currently has good savings. He is worried that he won’t make enough money next year, and sees it as a critical time for him to establish a going business….and in case anyone is curious, he said they currently make about $20/week. I suppose this is from baked goods. Not much to live on, but then their costs are small too.