Lancaster County is home to many covered bridges. 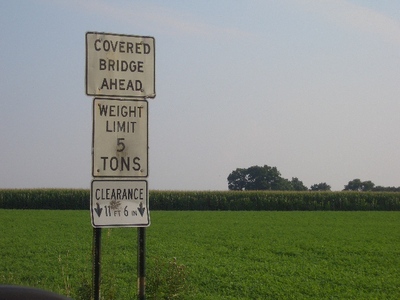 Around 1500 were built in Pennsylvania during the 19th century.  Over 200 remain, more than in any other state.  Lancaster has the most of any county in the state. 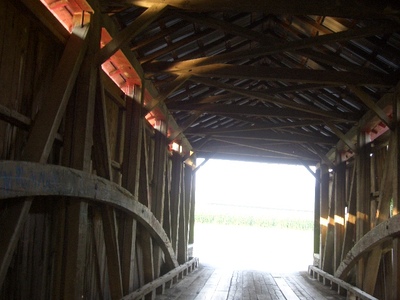 Why the cover?  A handy spot to park your buggy during a rainstorm?  Sure, but apparently the main purpose is to protect the structure of the bridge and extend its life. 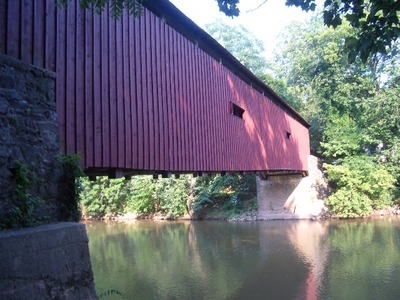 In 1991 a group of Lancaster Amish went west to settle in Parke County, Indiana.  I had a chance to visit this settlement, now comprising five church districts, in 2004.  I always understood that they settled there because of the cheaper, more plentiful farmland.  But perhaps it was really the area’s bridges which drew them?

At 30 existing bridges, Parke County claims to have one more than Lancaster County, making it the ‘Covered Bridge Capital of the World’.

But this Lancaster County government site bridge map (no longer online) seems to show 30 bridges as well.  Closer inspection reveals that one, the Keller’s Mill Covered Bridge, has been dismantled and is awaiting relocation. Another, Risser’s Mill Bridge, is missing from a second map.  So Parke County is number one for now.

But at around 160 church districts, Lancaster is still a bit ahead when it comes to the Amish.