“Amish & Mormon”: 8 Things That Caught My Eye In The Latest Video

“I feel like one thing they learned, is they ‎could stay culturally Amish, and doctrinally be a member of the Church of Jesus Christ of Latter-day Saints.”

That is an LDS church member speaking about 3 Ohio Amish convert families – in a new video titled “Amish Latter-day Saints: Blending Two Worlds into One”. 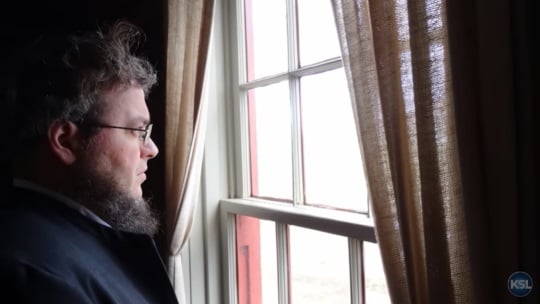 This appears to be an expanded version of the original, roughly 20-minute video (nearly twice as long) which we saw back in April.

You’ll find the new video at the end of this post.

This one tells the story of the Weavers, Troyers, and Hochstetlers in greater depth.

That includes more on the children’s experience, excommunication, and struggles after they lost their businesses as a result of their faith decisions.

In the original post, I wondered if the first video might be intended as a recruiting film to show other Amish a pathway out of the church.

I think it’s most definitely something of that nature, and this new extended video seems to make that more clear. 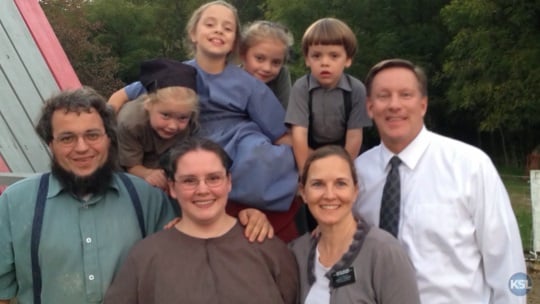 That’s not a knock and also not surprising; the LDS church with its mission program is one of the most visibly-proselytizing churches in the American religious tapestry.

8 Things That Stood Out

Here are eight things that jumped out at me in this latest video:

1. Life takes you to unexpected places – Raymond Weaver never saw himself as a candidate to leave the Amish church behind: “We were probably some of the last people you’d have expected to leave the church.”

Paul Hochstetler, on the other hand, self-describes as a rebel, and someone who was frequently balking at church rules.

2. Managed exit – The 3 families had to be careful to reveal their new membership at the right time. The Weavers continued attending Amish chuch after baptism in the LDS faith. Others refrained from telling their children.

The shock of excommunication and hardship of shunning would’ve doubtless compounded the difficulty of leaving. “We knew that if it got found out too early, the life we knew would end.” 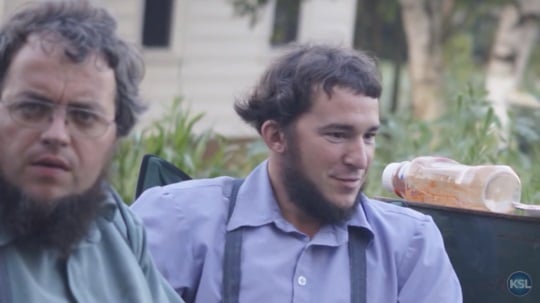 3. “Pure” – The word “pure” is used at least twice in the film to describe the Amish. Maybe purity is a concept especially emphasized in the LDS church. It struck me as a bit strange. Over-idealizing?

4. Emotion – Like in the first film, many speakers here, both former Amish and original LDS – a half-dozen at least – are moved to tears when telling their stories. No doubt a powerful experience for all sides.

Although preachers in Amish church may become moved by emotion, you don’t typically see Amish giving this sort of moving emotional testimony about their faith journeys and convictions.

I think this free (encouraged in the LDS church?) avenue for emotional expression might be another attractive element for potential converts from the Amish.

5. The children were effectively “shunned” – Non-baptized Amish are not excommunicated and placed in the Bann (shunned). They can’t be excommunicated from a church they’ve never joined.

However what the children describe is effectively a type of “shunning”: their friends and cousins in the Amish are not permitted to play with them.

Sometimes you hear of situations where non baptized youth and children are described as having been shunned – this type of situation is probably what that refers to. It’s unofficial, but a painful change in behavior towards people – little people in this case – nonetheless. 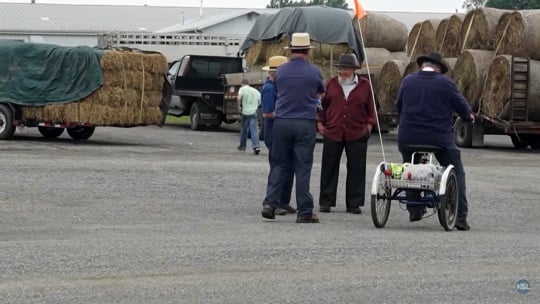 6. Amishman interviewed – This video opens with an on-camera interview with an Ohio Amishman talking about strong points of Amish life and church. I wonder if he knew he’d end up in this film.

7. The more the merrier – The fact that three Amish families are involved made it easier. Little Martha Weaver explains how it would’ve been if the Troyers hadn’t joined: “Then we wouldn’t even have them to play with.” Her father Raymond affirms this.

8. Planting a seed for more Amish converts – As I mentioned above, this is an inspiring story no doubt for current LDS church members, and also a soft outreach vehicle to other potential Amish converts.

The messaging, especially towards the end, supports this: “It’s possible to leave the Amish faith and still be Amish if you want to” says one woman.

Another expresses a desire for more mission work among the Amish. They paint a picture of a “transition” period. LDS life is described as “simpler”, without so many rules.

One standout quote I noted in the original video – “I’ve always felt that if we could take the Amish culture, and the Latter-day Saint culture, and bring them together, it would be the perfect culture” – is repeated here.

This video debuted less than a week ago, and so far has significantly fewer views – about a couple thousand, vs. over 100,000 views for the other – but the first has had a 6-month head start. 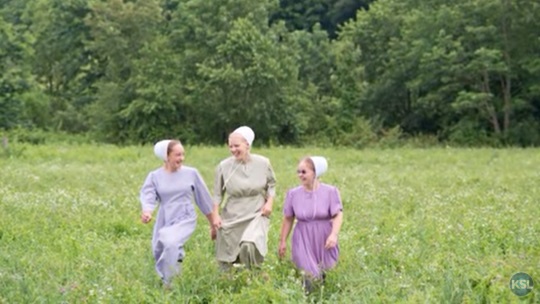 The Amish are among the least evangelical of American religious groups, for various reasons. Other churches are much more aggressive with their outreach.

In this case, a chance encounter and a well-placed Book of Mormon opened the door for three Amish families to change churches. Some churches, not just the LDS denomination, often do see the Amish as a potentially rich mission field.

Will we see similar videos in the months ahead telling of other Amish families joining the LDS church? Recently we revisited the story of the Ohio Seventh-Day Adventist church largely comprised of former Amish.