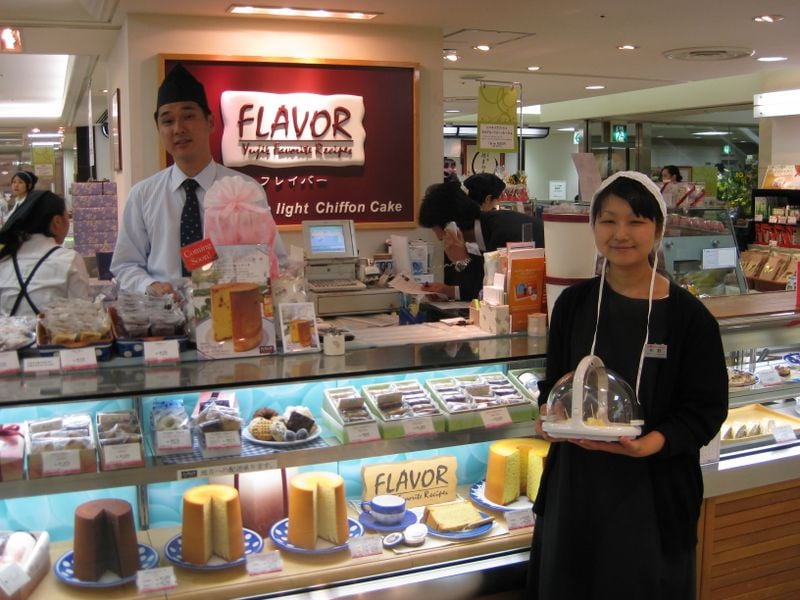 Donald Kraybill shares some photos and comments from a recent lecture trip to Japan.  Professor Kraybill recently spent a week at universities in Tokyo and Gifu and at the Shibunkaku Art Museum in Kyoto, speaking on the Amish.

The Amish are quite well-known in Japan, with perhaps more books on the Amish having been translated into Japanese than into any other language.  David Luthy notes that over two dozen books have been written on the Amish in Japanese or translated from English, including a cookbook from Montana Amish as well as Japanese- and American-authored sociological studies.  In an article in Family Life from 1997, Luthy describes the “Anna Miller’s Pie Shop” chain in Tokyo, selling Dutch apple, coconut and pecan pies at its thirteen locations.  Another Japanese chain, Flavor, also supplies Dutch-style treats in its 25 stores.

In the preface for Japanese readers in the Japanese version of his book The Amish of Lancaster County, Kraybill writes that “Japanese interest in the Amish began about 1972 with the Japan Times covering the United States Supreme Court decision (Wisconsin v. Yoder) that permitted the Amish to stop formal education at the end of 8th grade.  The first book published about the Amish in Japanese was likely Professor Nobuo Sakai’s The Culture and Society of the Amish in 1973.  The American film Witness that featured the Amish stirred public curiosity in the Amish in Japan and around the world.” 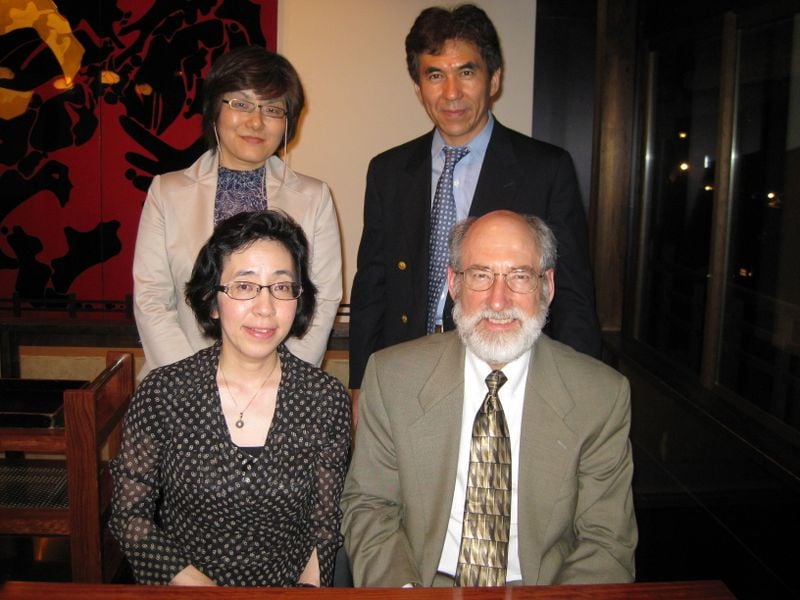 Why are the Amish big in Japan?  David Luthy writes that “they admire the Amish for living apart frommainstream society and refusing to jump into the American cultural melting pot.  They could imagine the Amish existing in some less developed country in South America, but they are intrigued that it is possible in the United States.”

At first glance, the two societies, hemispheres apart, seem anything but alike.  Though deep cultural differences exist, numerous parallels may be drawn between Japanese society and that of the Amish.  Luthy notes, for instance, the low crime rate of the Japanese, seeing parallels to Amish peacefulness. 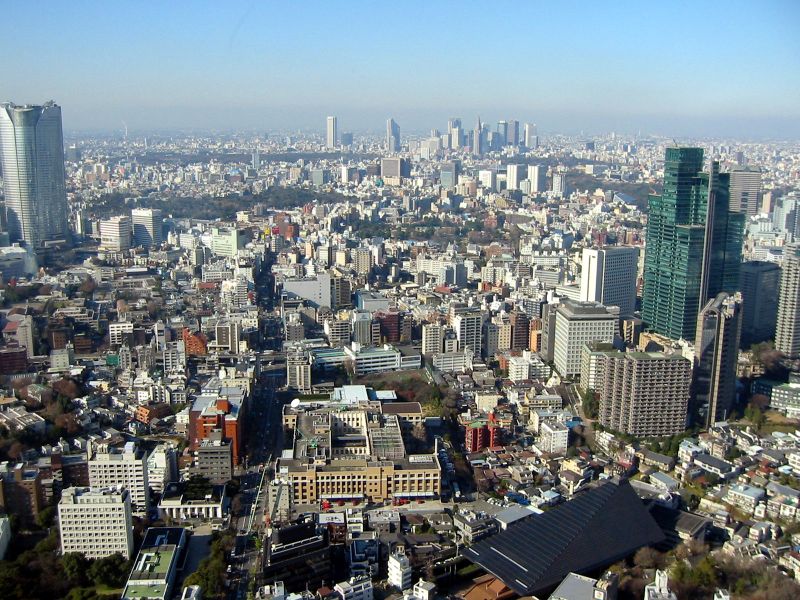 Retired Elizabethtown College history professor Richard Mumford, in an unpublished 1993 paper entitled “The Japanese and the Amish:  Opposite Roots, Similar Values”, delves deeper into the numerous similarities between the two tradition-reverent cultures.

the Japanese consider themselves a unique nation with habits and traditions different from those of other people.  They are reluctant to accept blood from non Japanese; because Japanese blood might not be compatible.  The Japanese have a unique language only distantly relatedto any other.  The Amish have their “Dutch.”  The Japanese have aunique faith–Shintoism–one that is open only to those who choose to be “part of the community.”  The Japanese in many ways are “in the world but not of the world” as the Amish would say.  Note the difficulties the Japanese experience in understanding and cooperating in areas of diplomacy and trade.  To the Japanese, foreigners,including Americans who visit Japan to study or work, are called Gaijin, “outsiders or aliens,” those not part of the group.11 The Amish of course, have their “English.”13  Yet both groups treat outsiders with courtesy, respect, and hospitality.  When the Japanese travel they seek out other Japanese.  In New York City there are dozens of Japanese restaurants, several Japanese golf courses, night clubs,schools, a Japanese hotel and a Japanese television station.  The Amish travel primarily to visit other Amish, those of the faith community. 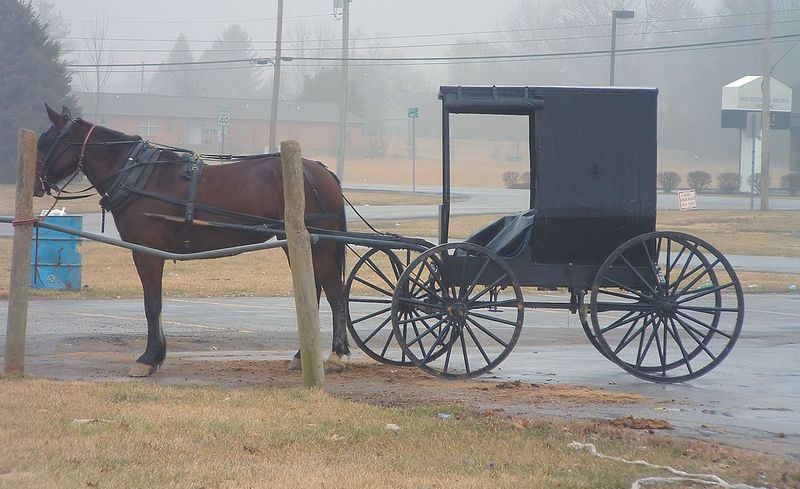 Japanese emphasize community, submission to authority, and order, as do the Amish.  Crime is nearly foreign to Japanese streets, as it is to Amish society.  Though mainly living in cities, Mumford describes Tokyo as “a city of villages”, noting the predominance of cohesive local units that cooperate on community projects, festivals, and ceremonies.  Japanese retain ties to ancestral fishing villages and city dwellers “can name the village in which their ancestors farmed,” with many often still having relatives in that place.  Amish, with Martyrs Mirrors and family genealogies resting on living-room bookshelves, are conscious of history and ancestry, often able to trace bloodlines back to 18th-century immigrant forefathers or beyond.

Mumford makes another interesting comparison on the role of women:

As has been pointed out before, women must keep their place in both societies.  Women have much power in Japanese society despite the popular image of the humble, subservient Japanese wife.  They care for the home, see to the children’s education, and take charge of finances.  The Japanese man, borrowing and then adding their own pronunciation of an English word, call[s] the lady of the house, arumaiti, that is the “almighty.”  The woman is a force of great energy in the Japanese system, especially as she enables the man to concentrate completely on his work.21

The Amish woman also functions as a stable, reliable backbone of the family.22  Housework, children, and probably a significant portion of finances are in her hands.  As “one husband said, ‘A wife is not a servant;  she is the queen and the husband is the king.”  Feminism has had little impact on either culture.

Mumford points out numerous other cultural similarities–in approach to nature, modes of expressing emotion, and work ethic, for example.  In closing, however, Mumford warns of “tak[ing] these observations too far,” though noting that despite the ten thousand miles separating them, “these two peoples arrange many of their attitudes, their social interaction, and their values in a similar fashion.” 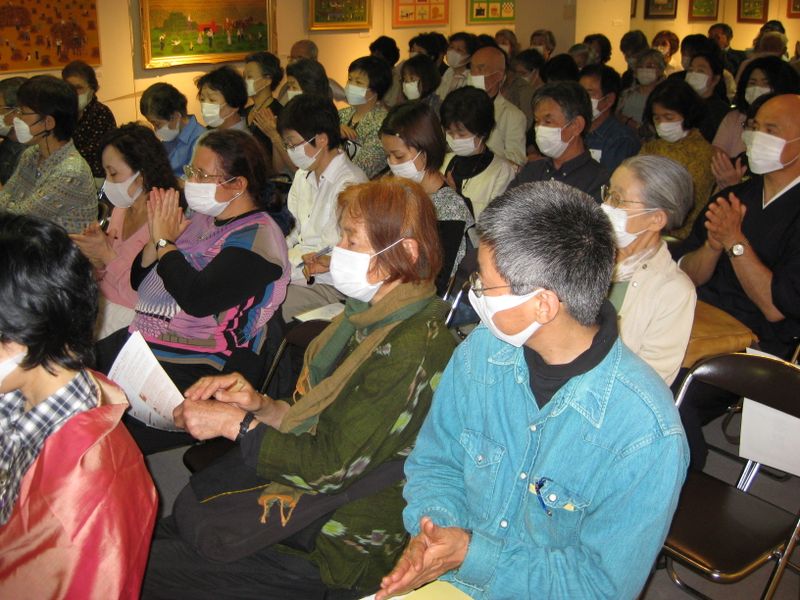 On a humorous note, professor Kraybill mentions that during his visit

public health officials were concerned about a possible outbreak of the Swine Flu in urban areas and encouraged people to wear masks when they were in public gatherings and in highly congested areas such as airplanes, buses, trains, malls etc.  Thus in my lectures many people were wearing white masks.  About 90% of those who attended my lecture in the art museum were wearing masks.  I told them that I had never lectured to so many doctors in an audience before. It looked like an operating room!

Another of Kraybill’s books translated into Japanese is Amish Grace.  “The Nickel Mines Amish forgiveness story continues to make an impact in Japan,” he observes, mentioning an interview with Asahi Shimbun, a national newspaper with a circulation eight times that of The New York Times.  The interviewer was particularly interested in the story of Amish forgiveness, as well as “capital punishment and punitive responses to crime,” says Kraybill, “both of which are lively topics of debate in Japan.”  A column on the discussion is due to appear in the paper later this month.

Click for more Amish (and ‘Amish’) in odd places:

Amish and Europe’s Roma: a comparison