‘It sure is a hard emotional read.  To see forgiveness layed out (sic) in such clinical terms while for us it is just a gut feeling…I was glad to see how you stressed that we also are human and struggle with this issue on a daily basis.

The thought came to mind that this generation can not claim credit for our attitude on forgiveness beings it was the result of our [heritage] but we surely can be blamed if it is not passed on to succeeding generations.  Thanks much.’ -Pennsylvania Amishman writing to Donald Kraybill on Amish Grace

The second anniversary of Nickel Mines approaches, and no doubt there will be at least a spattering of news stories commemorating the day.  Most will likely recall the lesson of forgiveness that eventually trumped the initial shock-horror story of the shooting itself.

The events of that early-autumn Monday morning spawned no less than three books on the crime and its aftermath.  The forgiveness element of the story was covered most in-depth in Amish Grace: How Forgiveness Transcended Tragedy.

As the authors of Amish Grace point out, forgiveness became the primary storyline following the initial tragedy.

Yet as Diane Zimmerman Umble and David Weaver-Zercher examine in The Amish and the Media, a secondary storyline also emerged in the days following the event–that of the media’s coverage of the Amish.

‘Conscious that the Amish community was wary of, and even disturbed by, the media’s presence in Nickel Mines’, Umble and Weaver-Zercher write, ‘some media outlets took the opportunity to turn their lenses on themselves.’

Turning the lenses inward resulted in criticism of some outlets for prying too deeply into the Amish community at a time of extreme grief.

Amish Grace is hardly what one would call a ‘typical media piece’–it is rather a measured, well-researched book-length examination by three of the most respected scholars of Amish society, one that explores the Amish act of forgiveness with a deep awareness of,and respect for, Amish social mores and values.

Yet because of that, it actually turns out to be more revealing than the media’s pieces following the events, many of which were hastily assembled by reporters with only rudimentary knowledge of Amish society.

As Amish Grace probes deeper, it reveals more to the public on how Amish society functions, exposing more of the ‘guts’ of the Amish to the outside world than clumsy photographers and hurried newsmen really ever could.

So what do the Amish themselves think about Amish Grace? 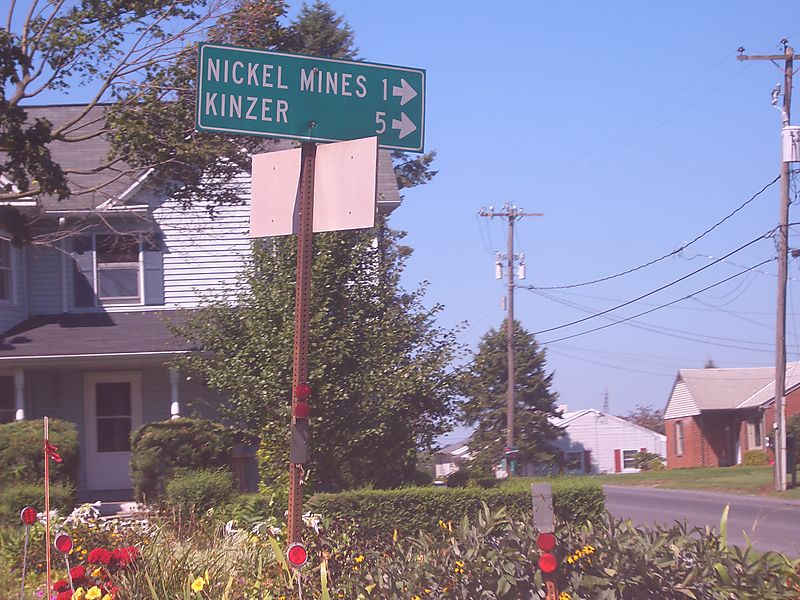 Donald Kraybill, who co-authored the book with Weaver-Zercher and Steven Nolt, has kindly shared some correspondence from Amish readers.  Opinion will never be unanimous, but most signs show a strongly positive response from those Amish who have read the book.

In a July interview with Amish America, Kraybill mentioned receiving more than 10 calls and notes from Amish readers, including a call from a father–one who lost a daughter in the event–who wished to order 10 copies of the book for friends.

In addition to the quote which opened this post, here is a sampling of other Amish-penned comments from letters Professor Kraybill has received:

From a Pennsylvania Amishman:  ‘Just a note to tell you that I really appreciated the book.  I think you guys did a really good job.  It is really authentic.  Thanks a lot!’

An Illinois Amish bishop, who wrote that ‘Amish Grace accurately described Amish beliefs’, commented on the Lord’s Prayer that ‘we think we should live those words, not just repeat them in a mindless manner.’

An Ohio bishop wrote that ‘the more I think on the 10.02.06 incident, the more I realize how central forgiveness is to our faith.  And why the Lord’s Prayer is so important to the Amish.  Thanks for [a] nicely done book.’

A Pennsylvania Amishman close to the victims’ families writes that ‘your work was and is well respected by the victim[‘s] familys (sic), and all those I’ve been in contact with who were directly involved with the Nickle Mines incident.  This work has actual value on healing within the Nickle Mines Community, and that was our goal.’ 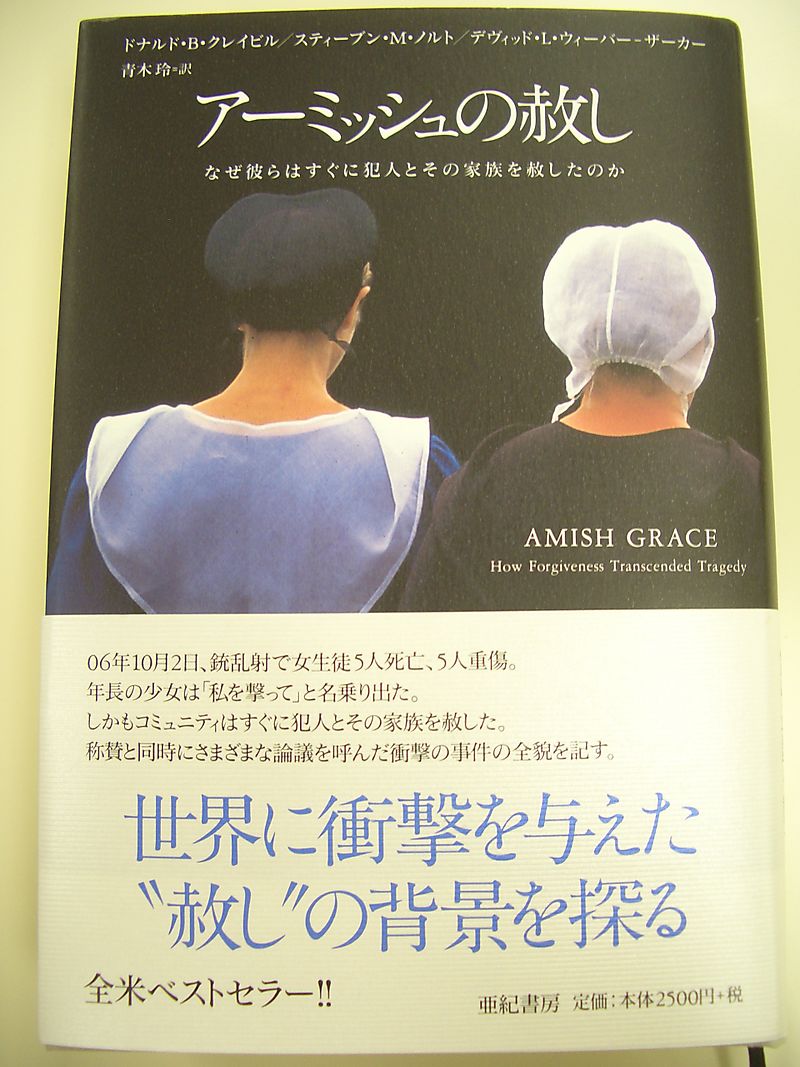 Amish Grace was released approximately one year ago and has gone on to sell 60,000 copies in hardcover.

Professor Kraybill shares that the book has gone into wide usage in numerous college classrooms and in church groups around the country.

In promoting the book, the profits of which were donated to the Mennonite Central Committee, authors Kraybill, Weaver-Zercher, and Nolt did nearly 80 presentations across the country over a 10-month period.

The book has found international appeal as well, with a version available in Japanese, and translations currently being done into French, German, and Korean.