Trading a pilot’s license for a buggy: an Amish convert’s story

Kudos to Matthew for the link to a story about a Geauga County, Ohio man who joined the Amish in 2000.

David Rapinz adopted the lifestyle around a decade ago.  He met an Amish woman, Martha, who ‘took a chance on him before his baptism’, and later married her.  Rapinz found beards, horses, and the Pennsylvania Dutch language all a bit unwieldy at first, but looks to be getting on alright with all three these days.  Read more about him in this News-Herald article (no longer online). 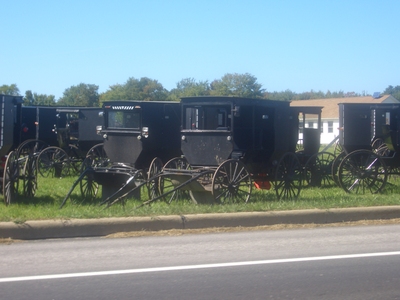 One of the most intriguing parts of the article is a comment from Donald Kraybill, who claims that conversions tend to happen more in Ohio than in other places.  “Here in eastern Pennsylvania, in the large Lancaster settlement, I only know of two cases in the 20th century.”

Kraybill does not know why.  Anyone have any insights or just plain guesses? 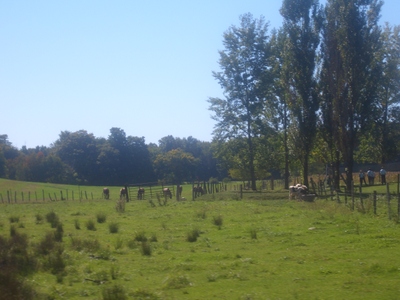 Rapinz’s story got me thinking about some of the joiners I’ve bumped into over the years.  Of all the Amish converts I’ve met or heard of, only two come to mind that came from a foreign country (not counting those from Canada or children adopted from Latin America).

There is a fellow living in Indiana who joined the Amish after coming to America from Germany twenty-odd years ago.  Another, in Ohio, once called Great Britain home.

The Indiana fellow still speaks English with a strong German accent.  I imagine Pennsylvania Dutch wasn’t as difficult for him to pick up, though.  Any readers know of any other modern-day converts from abroad?