Donald Kraybill has written and edited over 20 books and dozens of professional articles on the Old Order Amish, Mennonites, and other Anabaptist peoples, and is the Senior Fellow at the Young Center for Anabaptist and Pietist Studies at Elizabethtown College in Lancaster County, Pennsylvania. 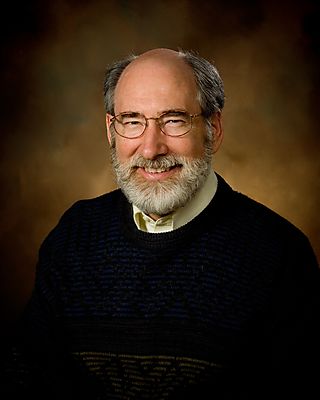 In addition to his current projects, Professor Kraybill has spent recent months in locations from Texas to Vancouver promoting Amish Grace: How Forgiveness Transcended Tragedy, the story of Amish forgiveness after the 2006 Nickel Mines school shooting.

Many are familiar with the generous outpouring of support from around the world, both financial and emotional, for the Amish families affected in the attack. Similarly, all proceeds from Amish Grace have been donated by the authors to the Mennonite Central Committee, a relief agency working in disaster areas and impoverished regions around the world. If you haven’t already, pick up Amish Grace; it’s a remarkable tale of forgiveness and one worth reading.

Professor Kraybill has been kind enough to take a moment to share a bit on his current projects and answer a few Amish-related questions. For futher information, also check out the Amish Studies web site as well as Professor Kraybill’s home page.

Thanks again to Professor Kraybill for taking the time!

Amish America: The first thing I wanted to ask about was the current book, Amish Grace, on the Amish response after the Nickel Mines shooting, which you wrote with professors Steven Nolt and David Weaver-Zercher. How has the reception to it been?

Donald Kraybill: Amish Grace has received a very warm and enthusiastic response from readers. On Amazon.com, there are many reader reviews which for the most part are very positive. Amish Grace went through five printings in the first six months since its release in October 2007. It has received several awards. The three authors have done more than three dozen lectures/signings around the country. A Japanese translation was published in May and two other translations are underway. So we have been very pleased with its warm reception.

And how about from within the Amish community?

We have received more than 10 calls and notes from Amish readers….all of which have been positive. In fact we didn’t hear of any negative responses. One of the fathers who lost a daughter called and ordered 10 copies for his friends. One Amish historian said “You put things very well and I only found one error.” So we thought that sounded like an A-plus in Amishese!

You have obviously acquired a formidable depth of knowledge and insight on the Amish over the years. While researching Amish Grace, what was the most revelational piece of information you came across? Anything surprising?

To me the most surprising thing that I discovered, and must confess that I overlooked before, was the spiritual and social significance of the Lord’s Prayer (Matt 6) in Amish worship, life and faith. It is very central and the two verses following the prayer where Jesus says in essence “if you don’t forgive you won’t be forgiven” are central to Amish faith and practice. They understand that there are some strings attached to God’s grace and forgiveness—passing on the forgiveness to others. This is quite different from many mainstream Christian views of God’s grace as being free and unending….regardless of how we live and practice our faith.

In Amish Grace, an Amish deacon, summarizing a core theme found in the culture, says 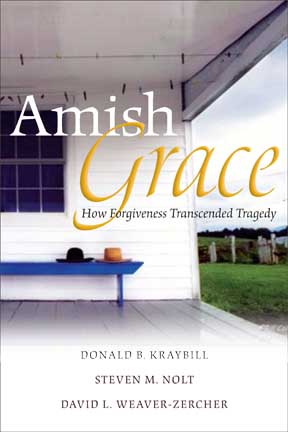 that ‘to enter into a holy place, your sins must be forgiven, but if you don’t forgive, your sins can’t be forgiven…If we do not forgive, there will be dire consequences. These words may sound something like a bargain to more cynical ears, or indicating an act performed largely out of a motive of avoiding eternal punishment. What would you say to those that might claim that the Amish response was one that was rather self-interested and largely non-altruistic?

I interviewed some three dozen Amish people about the school incident and their view of forgiveness and their understanding was certainly not motivated by self interest, but rather by a sincere desire to be obedient disciples of Jesus. Moreover, they view forgiveness as simply the right thing to do and “what all Christians do,” in their words. In fact they were completely surprised that other people were surprised about what they did (forgave) because it’s what all Christians (they thought ) do all the time.

I was wondering about your take on relations between the Lancaster Amish, and the large settlements in the Midwest, the Holmes County and northern Indiana communities. A quick perusal of last names indicates that these two groups tend not to intermarry. Ohio Amish whom I’ve conversed with have described the Lancaster Amish as extremely hospitable, but in some ways ‘different’. Likewise, Lancaster Amish seem not to have too many close ties with their cousins to the west. Could you offer any insights as to why there seems to be relatively limited informal contact between these largest settlements?

The answer is distance, history, and culture. Until the recent rise in van travel, there wasn’t much opportunity for face-to-face communication. I think there is great respect between the various communities across state boundaries, but a sense that each affiliation and region does church a bit differently and has its own rules and they need to be respected. Recently there are many “vocational,” gatherings related to occupational interests (harness makers, machine shop owners etc) that have annual get-togethers. This increases face-to-face communication, but I don’t think will increase marriages or other forms of interaction that much.

In your book Amish Enterprise: From Plows to Profits, which you also co-wrote with Steven Nolt, you examined the Amish shift from farming into small businesses. Some have said that with the growing focus on entrepreneurship, the Amish will one day perhaps in the not-too-distant future find themselves opening up to secondary education. Do you see Amish kids heading to high school, perhaps even a private Amish version, anytime in future?

No, not really, and if they did it would certainly undermine the legal decision of the US Supreme Court in Wisconsin v. Yoder (1972). Amish entrepreneurs have been extremely successful with only an 8th– grade education! They do take specialized adult vocational short term courses as needed. So I doubt there will be much change very quickly. In fact I would argue that hands-on apprentice training is more effective than book learning (excuse my Amish bias!).

In The Riddle of Amish Culture, you discuss the relationship between the Amish and technology, and the process of testing and trial that the Amish employ when considering new technologies. From buggy lighting to mechanical milkers and now cell phones and even laptops and the internet in some Amish-owned businesses, the envelope gets pushed further and further with the passing of time. Can you comment on the Amish approach to technology today–are there any other formerly taboo technologies that have been on the negotiating table recently?

The key point that I make in Riddle is that the Amish use technology selectively….sorting out what is helpful to their community from what might harm it, and then over time accepting, rejecting or mostly adapting the tech to fit their values.

The things you mentioned are all on the table…cell phones, computer operated machinery in shops, use of internet, websites etc. Manyof these things are now operated by third-party vendors for the Amish. In many ways the Amish out-source some of their tech needs. But some businesses are gradually owning these things as well. Businesses are the cutting edge, where the greatest pressure is to adopt new technology.

You’ve written about various potential threats to the survival of Amish society. One that comes to mind is the inequalities created through the growth of wealth and power amongst business owners, and the potential conflict this may cause with church leadership. Another is the opening of Amish society to outside influences through their involvement in commercial enterprise and non-farm work. Besides these, do you see any other notable challenges or threats to Amish society?

Those are the two major ones! The only other one I would add is growing penetration of outside media into Amish communities, especially to youth via battery operated devices, toys, cell phones, radios, DVD players…on and on.

For better or worse, in the 20th century when the Amish drew the line between electricity from the 110-volt public grid and from batteries, it seemed like a safe and wise boundary. But now with the inundation of battery-powered media devices in the larger world, the rule that “battery things are ok” has opened a flood of media devices and many Amish churches have been slow to close the door on batteries because they power so many other things in home and shop.

Could you share a bit about your current project(s)?

I am working on three major projects.

The first is a one-volume Concise Encyclopedia of Amish, Brethren, Hutterites and Mennonites. This is a project that I started in 2002. It consists of several hundred short essays on topics related to these communities. I expect it will be published by Johns Hopkins University Press in the spring of 2010. I hope to complete the bulk of the work this summer.

Secondly, The Amish in America, a major book on the Amish of North America which is the fruition of a 4-year project that was funded by the National Endowment for the Humanities. I am working with co-authors Steve Nolt and Karen Johnson-Weiner. It will be a sweeping overview of the Amish of North America in 27 states and the province of Ontario. There is no other book on the Amish that does this. Hostetler’s Amish Society was the closest, but it mainly focused on three states and the field work was done in the 1970s. So much of the description is 30 years old. In many ways The Amish in America will be a culmination of my research on the Amish over the past 20 years, conducted on many topics in numerous settlements.

The third is From the Buggy to the Byte: How the Amish Tame Technology, a book which has been about eight years in progress and is about two-thirds completed. I hope to complete it within the next year.

I also continue to serve as acquisitions editor for our series of Young Center Books in Anabaptist and Pietist Studies published by the Johns Hopkins University Press. We have published 5 books in that series so far and have about ten more in various stages of the editorial pipeline, many of them on Amish-related topics.

I am on a writing sabbatical during the 08-09 academic year so I’ll be freed up from teaching and administrative duties and hope to complete these projects!!

Finally, a somewhat personal question–how and when did your interest in the Amish begin?

I grew up in a Mennonite farm family in Lancaster County, PA in the 1950s, when a great deal of change was happening in the Mennonite community. I went to Temple University to do my doctoral work with John Hostetler, who was the leading Amish and Hutterite scholar at that time. He introduced me to Amish studies and people, but I focused more on Mennonite topics in the 1970s and 1980s. I turned more to the Amish in the mid-1980s and The Riddle of Amish Culture was my first Amish-related book, published in 1989. My Mennonite and farm background has been very helpful for me in developing rapport in the Amish community, because of our common Anabaptist heritage and rural life experiences.